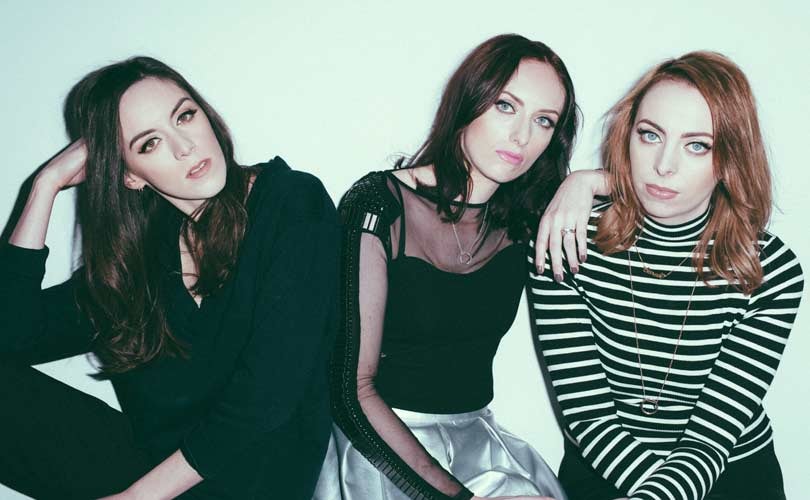 Opsh looking to revolutionise the way we shop online

Do you have multiple online shopping accounts with the biggest high street retailers? Do you find it annoying remembering all those passwords, having to visit two or three websites to buy an outfit for work or a special occasion? Well, three sisters from Ireland are looking to revolutionise how women shop online with the launch of fashion platform, Opsh, which aims to cut out the “noise” and make it easier to “make that purchase happen.”

FashionUnited sat down with Grace, Jennie and Sarah Mc Ginn to chat about their new platform, Opsh that is coming to the UK in September, and find out how they plan to revolutionise the world of online shopping.

“Opsh allows shoppers to browse quickly in a personalised way as the site aggregates products from various retailers,” explained Jennie Mc Ginn. “It basically caters for the new behaviour of online shopping by allowing shoppers to customise their own high street online with one account and one point of purchase.”

If for instance you were always buying black skirts for work, you know that you prefer to shop in Reiss or House of Fraser, then the algorithm on the site will highlight those pieces to you in one search. The idea is to cut down on the time spent search to buy the products easily and quickly.

“We are looking to cut through the noise,” Grace Mc Ginn added. “By providing an easier, simpler, and faster shopping experience for women who have a crazy work-life balance.”

The three sisters have been working together for nearly seven years starting out as fashion bloggers, before setting up Prowlster, a social media network for clothes, which was acquired last year by creative agency Sweatshop.

“Opsh is like looking at Prowlster in reverse, where we had curated content and then introduced that point of purchase,” Jennie said on the development. “The trouble was resolving that seamless point of purchase, so with Opsh we’ve flipped it on its head and focused on the functionality of that shopping cart and making it as simple as possible for the shopper as well as the retailer to join the platform.”

Jennie added: “It’s about installing point of sale into content.”

The way Opsh works with high street brand is that they effectively “rents” space to them, and they have already signed up Reiss, Urban Outfitters, Uniqlo, Hunter, Kurt Geiger, Warehouse, New Look, AllSaints and Jaeger to the platform. With many more expected to sign up ahead of the official UK launch, there will be around “50 retailers” according to the Mc Ginn sisters in time for September, including a beauty brand as they continue to expand.

Online shopping platform Opsh launching in the UK this September

The platform launched in October 2014 in Ireland, the “best test market in the world,” said Jennie, and it has already attracted more than 35,000 registered users, with 30 percent of them being from the UK even though the website hasn’t officially launch here yet.

The relatively new platform has already received measured success, in addition to its registered users, the site has been a big hit with 28-32 year-old women, with 30 percent of all shoppers on the site placing multiple brands into their baskets, which shows that that people do want access to universal shopping carts, with the average basket spend being around 85 euros.

When asked how the site makes them money, the sisters noted that the brands and retailers pay tiered fees, just like a department store would do to rent space, the fee depends on position in the search and number of products displayed. They also receive an additional commission on purchases, which generally ranges between 3 and 10 percent. Plus there is no additional outlay for the retailers as there isn’t any technology integration and they can be added to the site in less than two weeks. 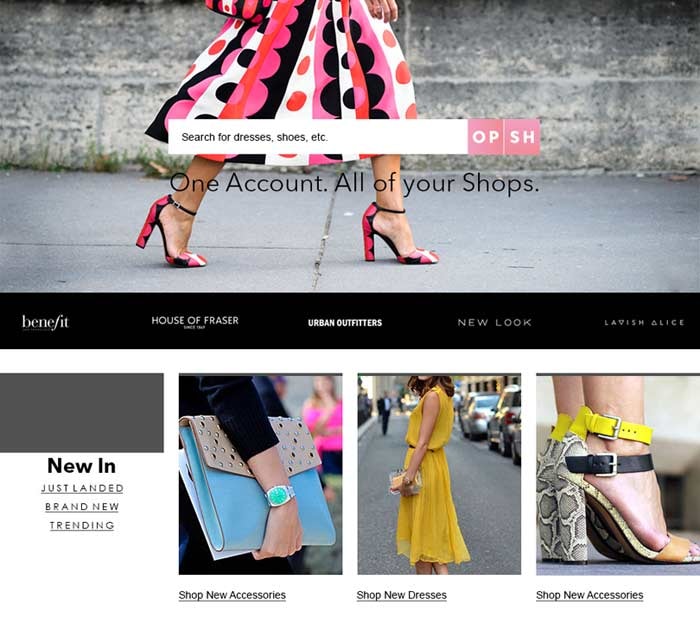 “Data and analytics is the long-term plan,” commented Grace. “As well as real intelligent advertising, as the platform can provide retailers with a real-time insight into the online shopping landscape, so they can manage their stock really efficiently and respond to sell-out trends quickly.”

Grace added: “This is accumulative, so I think towards the end of next year that data will be very interesting.”

Long term plans for the site the sisters confirmed would be the branch out of the mid-market, which is the sites current focus, and add boutique and premium brands, which could come as early as next year, and they added that they are also considering expanding into menswear but nothing is currently planned.

Sarah Mc Ginn said: “The digital world has already revolutionised how we buy music, Tv shows and films, so why has it taken the retail world so long to catch up?”

The Mc Ginn sisters are confident that the ground-breaking online shopping platform will “shake up the online retail sector forever,” by taking the “hassle out of shopping” with the hope that the platform will take off and become, “one of the top five shopping destinations for women. That’s a global goal, and the UK market is the perfect place for us to start,” Jennie added.

Opsh makes its official launch in the UK in September.