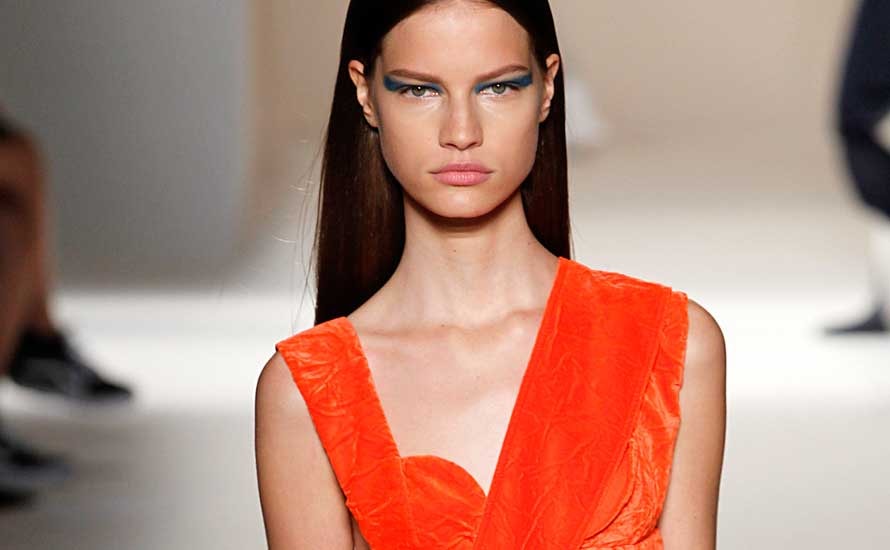 London - The Pantone Color Institute has identified the top colour trends from the latest New York and London fashion weeks for autumn 2017.

The bi-annual report used to just cover the New York Fashion Week colour trends but this year the global authority on colour extended its research to London to identify the top 10 trending colours in fashion.

The colour palette for London is led by a “vivid, powerful red” ‘Flame Scarlet’ colour, while in New York a “powerful, evocative, dynamic red” ‘Grenadine’ dominated colours with its confident and self-assured connotations.

“There is a commonality between the colours we are seeing on the runway in New York and London,” said Leatrice Eiseman, executive director of the Pantone Color Institute. “However, individuality is evident and we are seeing a distinct difference between the shows in the two cities in the way these same colours are being combined.”

In London, strong classic colours are complemented by a few “unpredictable shades” for the autumn/winter 2017 season. Eiseman added: “Unexpected combinations such as Royal Lilac and Otter or Lemon Curry with Blue Bell are eye-arresting and create an unusual colour dichotomy.”

The London top 10 includes ‘Primrose Pink’ an embracing and gentle pink shade, alongside ‘Toast’ a hue described as comforting and warmhearted, and ‘Blue Bell’ a tranquil blue that Pantone states reflects connection and a soothing sense of peace.

These sit alongside an enchanting purple ‘Royal Lilac’, an earthy ‘Otter’, a “dependable” navy hue ‘Navy Peony’, a warm ‘Copper Tan’, an “exotic and spicy” yellow ‘Lemon Curry’ and a stately green ‘Golden Olive’ that adds sturdiness to the colour palette.

“While comforting, enveloping colours and ease are crucial to the seasonal feeling, standout shades like pale pink Ballet Slipper, a refreshing Golden Lime and a bright Marina blue add a striking touch when paired with the classic autumnal shades of Navy Peony, Neutral Gray, Butterum and Tawny Port,” she added.

The New York top 10 led by the dynamic ‘Grenadine’ red is accompanied by an “elegant, sophisticated and tasteful’ ‘Tawny Port’, while ‘Ballet Slipper’ a pink hue is described by Pantone as always being “flattering and reminiscent of the rosy glow of health”.

Other colours include the warm and toasty ‘Butterum’ shade, the anchoring ‘Navy Peony’ seen in London, a ‘Neutral Gray’ to be used as an accent colour, a ‘Shaded Spruce’ green, an earthy yellow-green ‘Golden Lime’, a cool ‘Marina’ blue, and ‘Autumn Maple’ described as the “quintessential” autumn colour to add warmth into the colour palette.