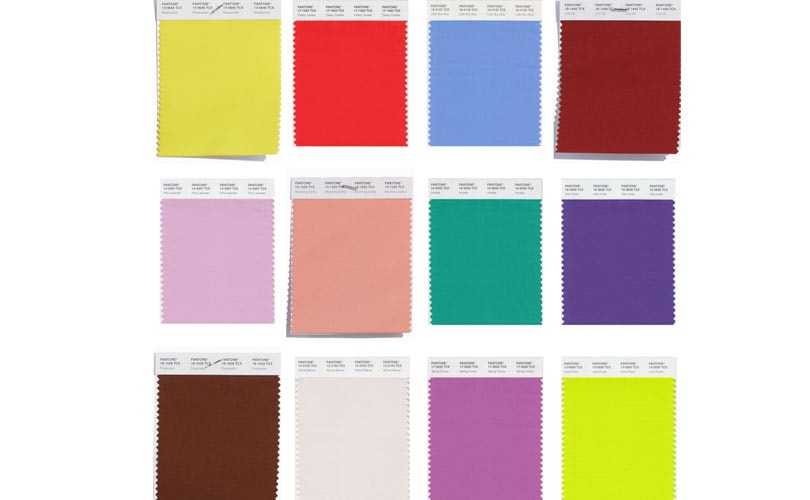 Colour authority Pantone has released 12 colours expected to dominate New York Fashion Week as part of its spring 2018 fashion week forecasts, alongside what it is calling “seasonal classic” colours for the first time, in a “multi-faceted palette” that “broadens opportunity for self-expression”.

“As consumers continue to embrace colour, designers are recognising the need to show more colour in their collections,” said Leatrice Eiseman, executive director of the Pantone Color Institute. “In order to reflect the consumers’ ongoing fascination with colour, we broadened the direction for spring 2018 to show where hues are headed by including 12 outstanding call out colours as well as four spring classics.”

Along with self-expression, the colour report recognises designer’s freedom to explore and experiment with colour, helped by consumers no longer wanting to limit themselves by following traditional colour guidelines, which state season and gender. It also adds that the spring classics add to the colour as they transcend seasons and provide structure to any wardrobe.

Eiseman added: “The colour palette showcases an appreciation for the complexity and distinctiveness of colour and the expression of it, which is something that evolves and can be played with.

“Consumers need more variety, and this expanded palette embraces the lack of gender and seasonal borders we are seeing within the fashion industry.” 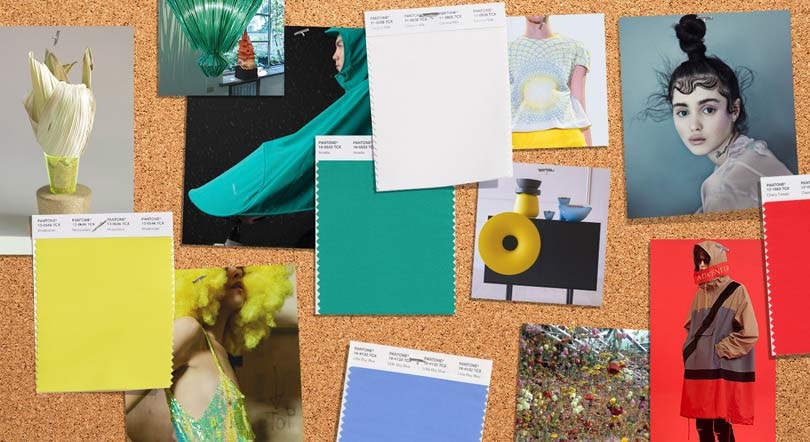 Leading the New York Fashion Week colours is ‘Meadowlark’, a “bold, lively, confident and outgoing” bright yellow shade, which Pantone states “glistens with joy and illuminates the world around us”.

It sits alongside ‘Cherry Tomato’, a “tempestuous orangey red that exudes heat and energy”, which Pantone adds demands attention, and wearers can’t be ignored in this shade.

The blue hue for spring, ’Little Boy Blue’ is a clear blue sky that is no longer just for little boys, rather a reassuring azure blue shade that promises of a new day. Pantone also notes it play on its genderless and trans-seasonal qualities.

Another seasonless colour is ‘Chili Oil’, an earthy brown based red that aims to add definition to the spring 2018 palette, while rich chocolate infused brown ‘Emperador’ adds strength and substance, and the complex purple hue, ‘Ultra Violet’ offers “originality and ingenuity".

There are also three softer colours in the mix, the soft and romantic ‘Pink Lavender’ that offers a “soothing sense of quiescence”, ‘Blooming Dahlia’ which adds an understated appeal, and ‘Almost Mauve’ a “delicate and ephemeral” shade that adds a sense of nostalgia.

Rounding off the 12 spring colours is ‘Arcadia’ a “cooler, cleaner take on green” that according to Pantone has a hint of retro while also being modern, a “witty and expressive” fuchsia shade ‘Spring Crocus’, and a striking citrus hue ‘Lime Punch’ that is “sharp and pungent”. These 12 statement colours have for the first time being teamed with four classic colours that Pantone said will act as the foundation to consumers wardrobes, a core basic of neutrals including blue, grey and white.

Anchoring the palette is ‘Sailor Blue’ a bold navy, which sits alongside ‘Harbour Mist’ a mid-tone dove grey that Pantone says “solidifies” the spring 2018 palette. The two core neutrals are ‘Warm Sand” a comforting shade that “effortlessly connects the seasons”, while ‘Coconut Milk’ represents the classic mainstay of a white for spring.

“We want to reflect consumers’ increased desire for colour, and felt that if we included these core basics into our top colour call outs, we would be forced to limit the number of colours we thought deserved special attention,” explains Eiseman. “At the same time, the core classic shades play a critical role in any wardrobe, and we also want to highlight the nuance of these classic colours for the spring 2018 season.”

Next week, FashionUnited will be sharing the Pantone spring 2018 colour trends expected for London Fashion Week.