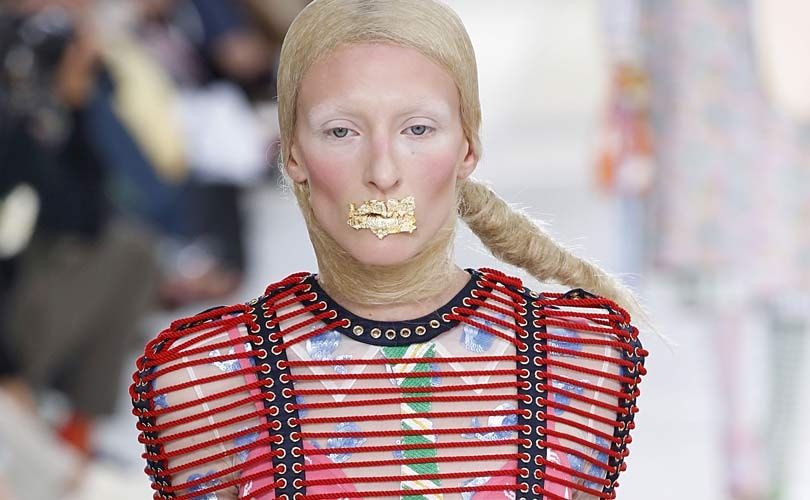 London - A woman with a leather wicker mask could barely see through the plastic covered eyes. Another had her mouth sewn shut a la Hannibal Lector in Silence of the Lambs, this time wearing a gold mask with holes cut out to see. A third was bound with her arm tightly sandwiched inside an elaborate blazer. Gagged, silenced and bound? This was no commentary on gender submission, this was Paris fashion week for Spring Summer 2019, as seen on the catwalks of New York designer Thom Browne. 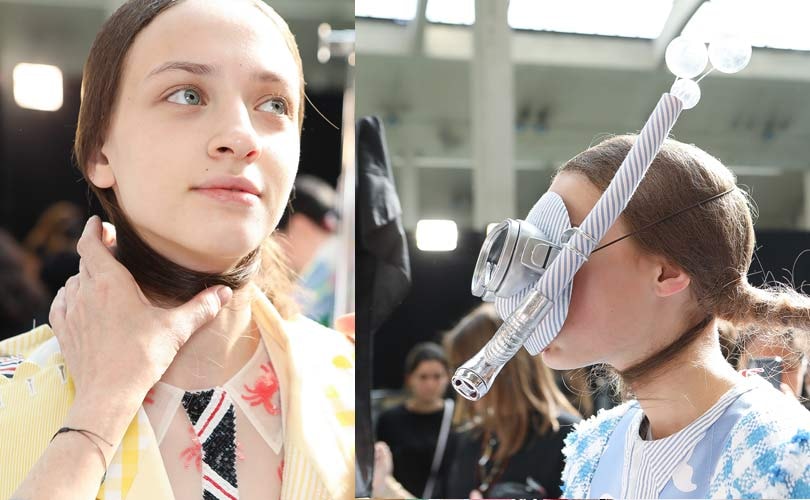 Sound controversial? Browne is not alone. At Comme des Garcons, models were shackled or wore protruding prosthetics as if they were pregnant and on the cusp of giving birth. In Rei Kawakubo’s conceptual and autobiographical show the pregnancy and birthing were entirely metaphoric for Kawakubo’s challenges of expending her creativity and productivity. But only those who got to read the show notes or received Kawakubo’s partner Adrian Joffe’s email explaining the designer’s vision the evening before the show, could put two and two together. One would be forgiven for thinking designers are heralding old-fashioned gender stereotypes or expecting women to be submissive.

After his show Browne told Vogue that the lace for bounding was supposed to evoke the idea of “a punk sensibility, in regard to things being very fitted.” For those who don’t read show reviews and get their news via images on social media, their take away may be something else.

At Saint Laurent Anthony Vaccarello’s models showed heaps of flesh. Only a few looks in and the audience was exposed to a young girl's naked breasts dressed in a chain mail top. Another model had her bust covered with nothing but a feather. So much for modesty. 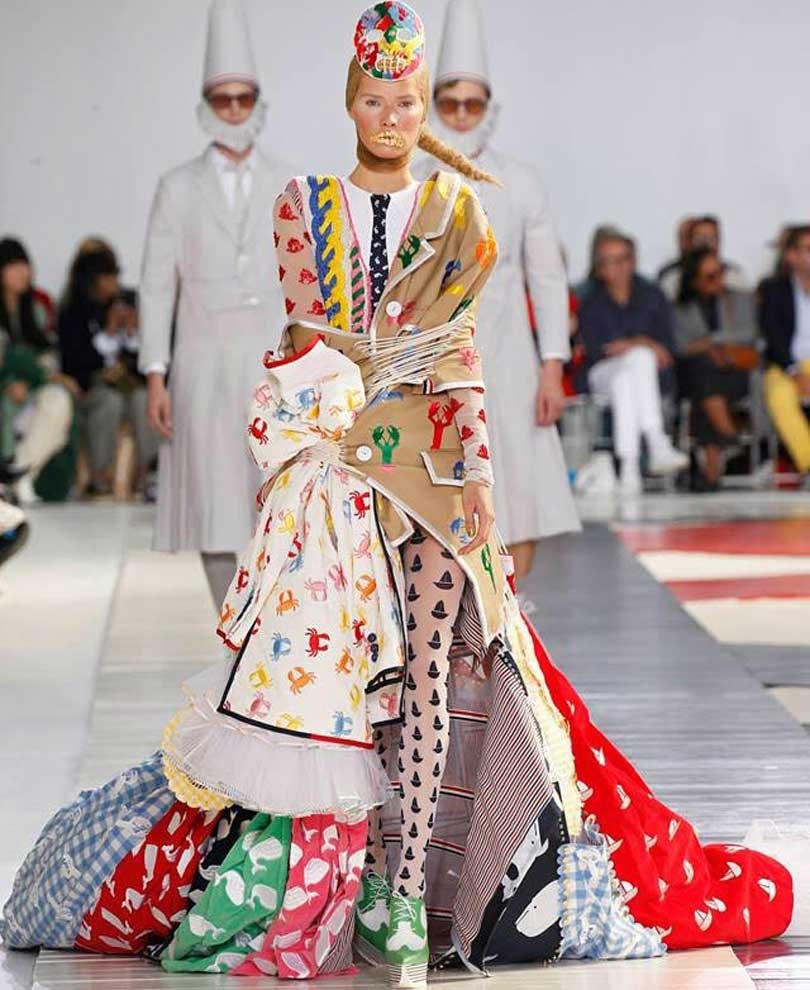 As tantalising and sexualised as some of the looks at Saint Laurent were, they were not unique. The vibe at Celine veered in a similar direction. Here the newly appointed designer Hedi Slimane sent an army of girls dressed in baby doll silhouettes with barely-there hemlines. Although here the controversy was as much the painfully-thin models, most of whom were white. It was only half way through the show that the first black model was featured. And that was the first non-white male. It took another twenty looks, exit 69 to be exact, to see a black girl at Celine.

Of Slimane’s choice of models: "super-skinny, teenage, and near exclusively white,” as the Financial Times aptly commented, it seemed an out-dated casting call, something the wider fashion audience is no longer responding to.

The by now infamous Instagram airers of fashion’s dirty laundry, Diet Prada, said of Browne’s show that it is out of sync with the times, showing "women literally bound and gagged on the runway at this particular moment in time…incapacitated by the 5-inch heels (many with their arms laced down, unable to brace a potential tumble).” 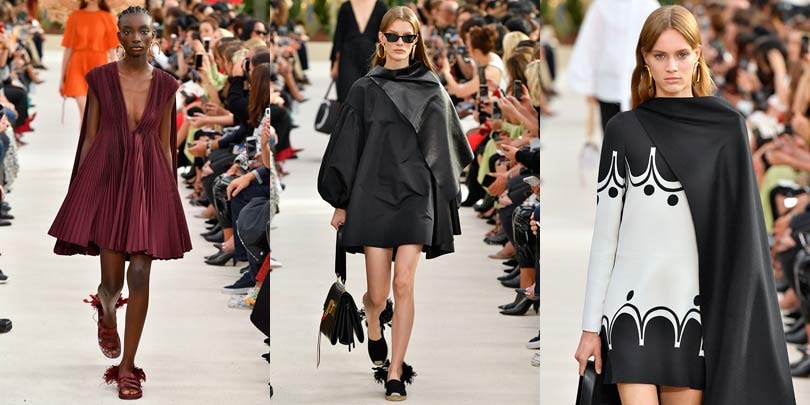 Not if the sales numbers are anything to go by: in 2016 it brought over 1.2 billion euros to the Paris economy in just over a week of shows, according to the IFM, the French Fashion Institute. While some of the major houses may have provoked more divided opinion than ever before, and will likely continue to do so, they didn’t overshadow the industry at large: Valentino showed one of the best collections of PFW, a dreamy collage of dresses and tailoring; Haider Ackerman’s double gender show of versatile tailoring was likewise a hit; Stella McCartney triumphed in her first show since exiting Kering and Balenciaga showed it can do more than big shoulders and DHL-chic, showing modern wardrobe options that didn’t eschew elegance for relevance.

Besides, what would fashion be without a few controversies?