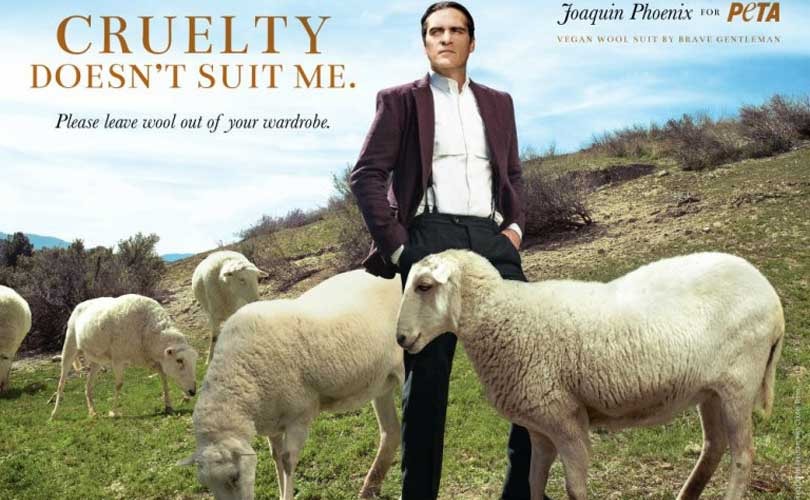 Animal rights group PETA has released a new campaign ‘say no to wool’ focusing on the abuse animals receive by the wool industry.

Celebrities including Joaquin Phoenix are fronting the new campaign which is urging fashion consumers to take a stand against wool and wear cruelty-free alternatives instead such as the Brave GentleMan maroon suit that the actor is seen wearing that is made from vegan materials such as “future-wool” that is made from recycled cotton and recycled polyester blends.

Phoenix, who has been a long advocate for animals and a longtime vegan, has previously starred in PETA campaigns against the leather industry. His latest campaign highlights how sheep are often beaten, kicked and mutilated so that their wool can be made into jumpers, coats, scarves, gloves and boots.

The advert features Phoenix wearing his vegan wool suit surrounded by sheep with the caption “Cruelty doesn’t suit me. Please leave wool out of your wardrobe”. The ad debut as a billboard at the intersection of Beverly Boulevard and N. Fairfax Avenue in Los Angeles, following a landmark case earlier this month in which six wool industry workers were charged with cruelty to animals for the first time in history. 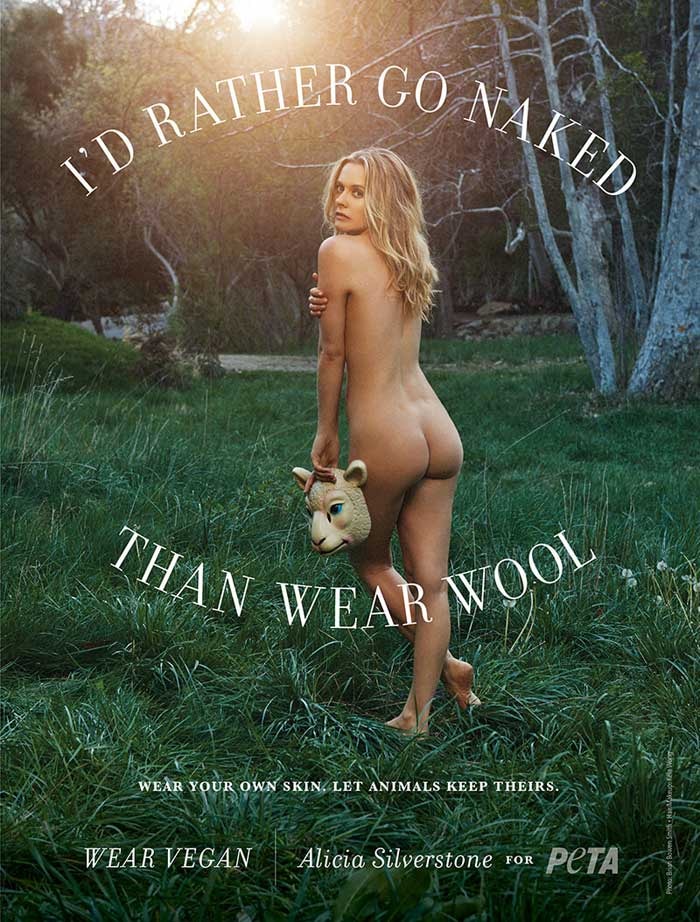 “When PETA sent me that video of this undercover investigation of what happened in these shearing farms, that was really eye-opening,” explains Phoenix. “I had that rationalisation, ‘Well, it’s something that is just taken off them, and there’s not a lot of abuse’. But, after seeing this footage, it’s pretty undeniable that.

Phoenix added: "It’s easy for us to sympathise with the animals, but the workers are incentivised to move as quickly as possible.... It’s apparent that for the quantity that they’re trying to gather, it’s impossible to do that in a humane way. The only option is to not use wool. That’s become abundantly clear.”

The campaign is trying to highlight abusive shearing practices, where sheep are punched in the face, jabbed with electric clippers, slammed to the floor, and stomped on by impatient workers, states PETA, as shearers are often paid by volume, not by the hour, which encourages fast, violent work that can lead to “gaping wounds on sheep’s bodies”.