British fashion designer Louise Trotter presented her debut collection for Lacoste as its new creative director during Paris Fashion Week and offered up a strong fashion direction for the French heritage brand.

Trotter, who joined Lacoste in October from Joseph, replaced Portuguese designer Felipe Batista to become the first female creative director at the French fashion brand. Both Trotter and Lacoste made their Paris Fashion Week catwalk debut with a modern, coed collection inspired by the heritage of the sportswear brand.

In the show notes, Lacoste stated: “When heritage stems from innovation, the only way is forward. Where the rules of tennis and life are one and the same, dynamic harmonies emerge.” 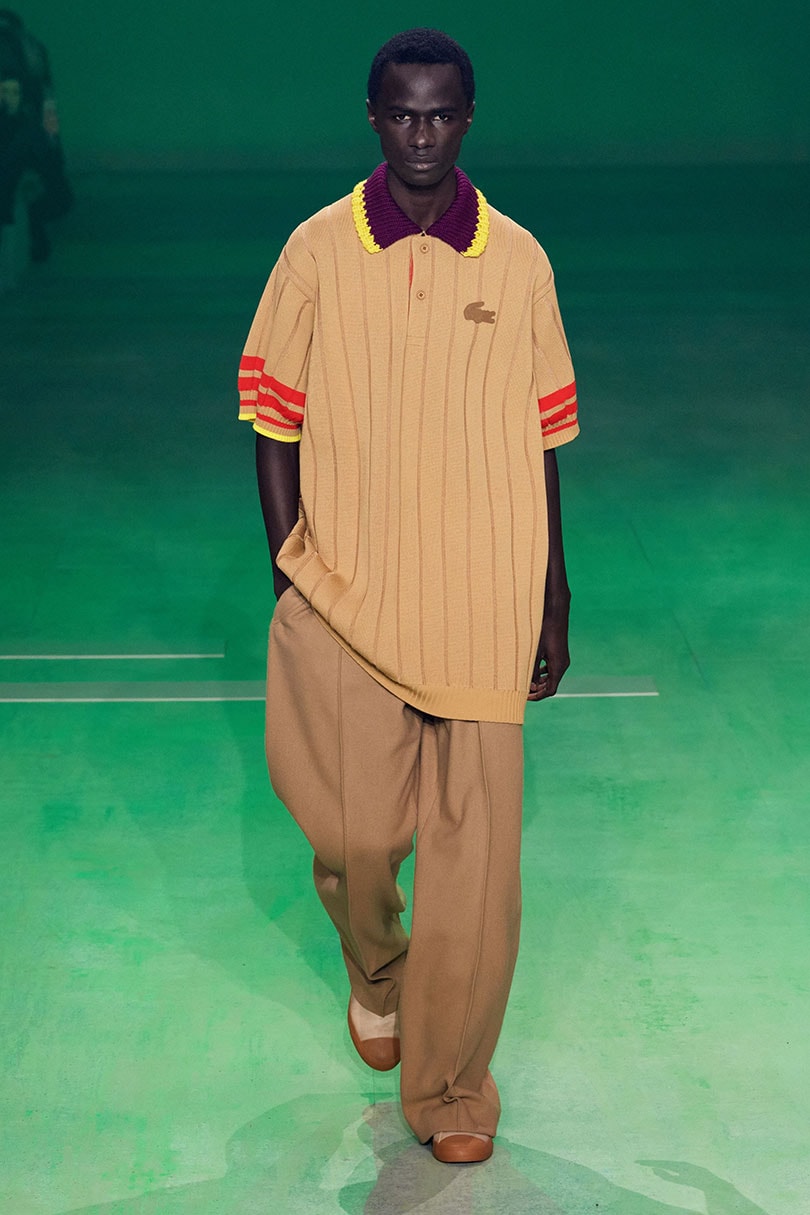 Presented at the Tennis Club de Paris, acknowledging the life and times of René Lacoste and the fashion label’s sportswear roots, the autumn/winter 2019 collection was sporty with an urban contemporary twist that had a masculine sophistication and elegance, as well as a uniform feel with the label’s signature polo shirt underpinning many of the silhouettes, with its stripe knit collars layered as a mock-neck twinset, or blown up in graphic jersey shapes.

“Movement of the body and movement on the body are at the forefront of research and development into shape and fabrication, unlocking pragmatic solutions for dressing that surpass their apparent simplicity,” added Lacoste. 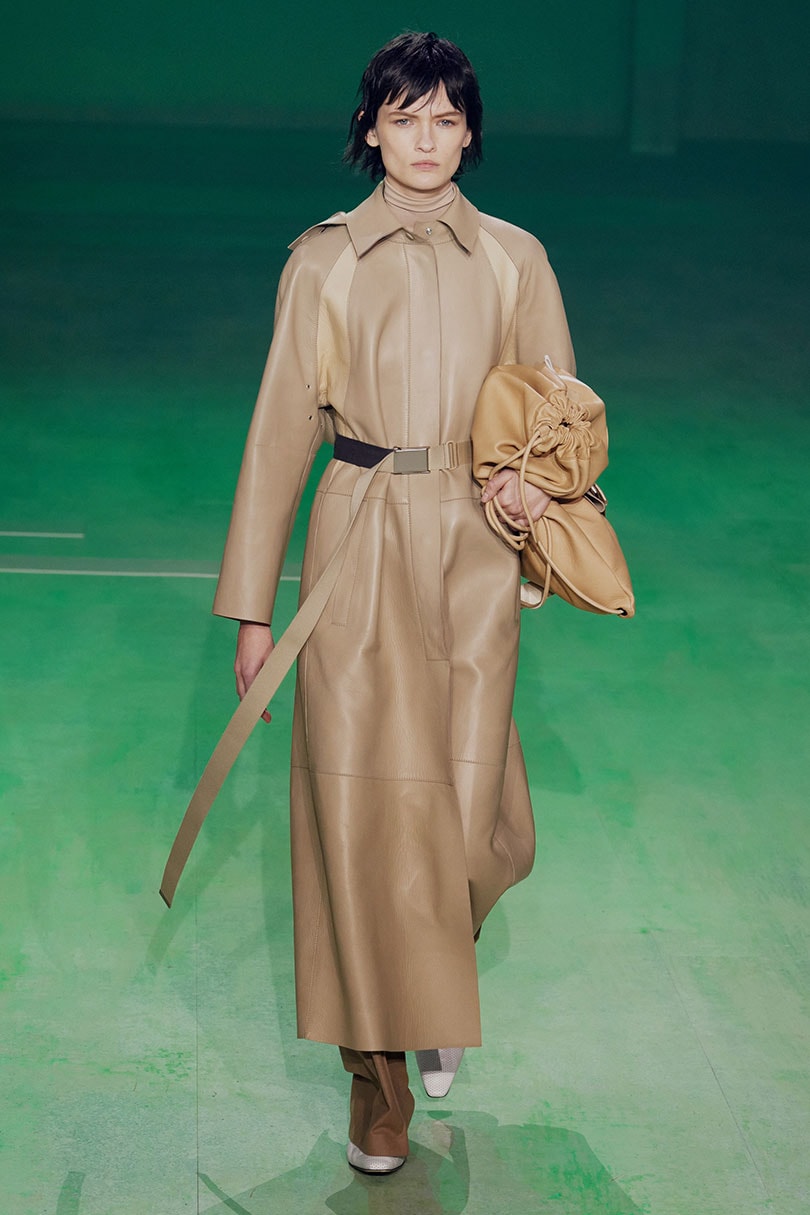 Colourful pops of yellow, orange, maroon and Lacoste Vert 132 green interrupted the city neutrals and tennis whites, adding to the uniform feel of the collection, while Trotter added colourblock and patchwork mashups, such as her reinterpretation of the traditional tennis sweater as a textural collage, some with full sleeves some cropped like cricket vests, all with statement graphic stripes and a fringed Crocodile logo. 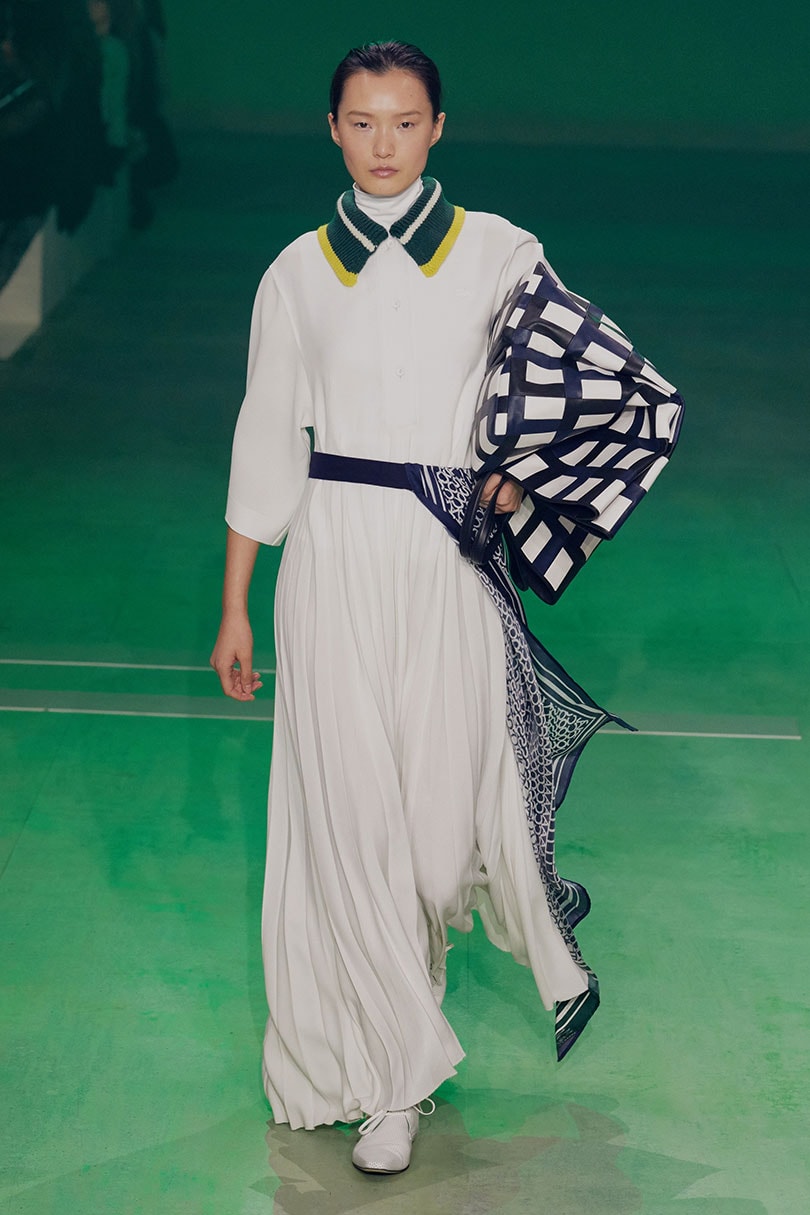 Taking inspiration from René Lacoste, Suzanne Lenglen - the first female tennis star and close friend of Lacoste, and golf champion and Lacoste’s wife, Simone Thion de la Chaume, there are a lot of sporty elements that have been given contemporary updates fusing tailoring designs with modern technical garments for a timeless elegance, with the opening look, the double-breasted ‘René’ coat, showcasing the tenets of French dress, while also paying tribute to the brand’s heritage.

Trotter also injected the Lacoste collection with new elements of modular design, with sportif separates zipping into their own pockets, while flyaway drawstring trench coats protect backpacks, and the tennis skirt has been modernised into box-pleated tunic and apron shapes. The tennis shoe has also been reworked, dipped in vulcanised rubber. 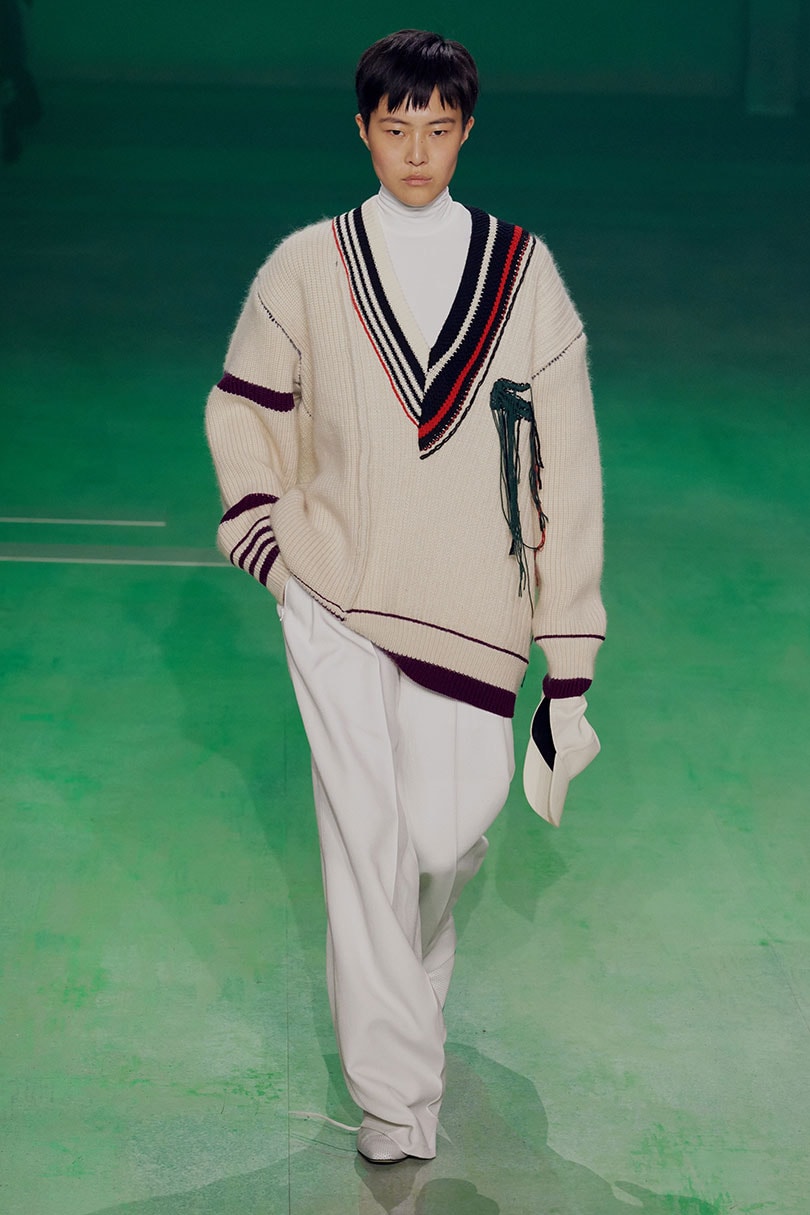 The Lacoste crocodile, which was designed in 1927 by Robert George, has also been updated showcased in many guises, from subtle tonal embroidery, all-over prints and exploded patchworks to quirky leather accessories. 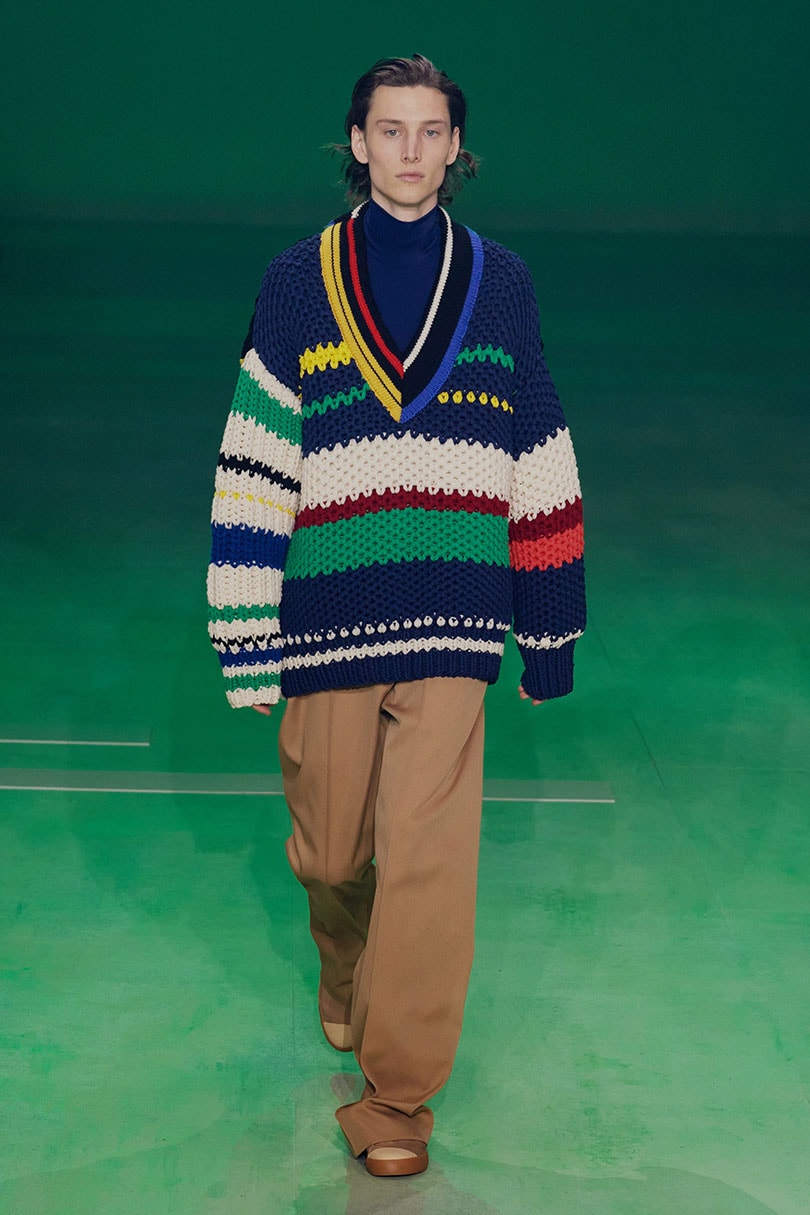