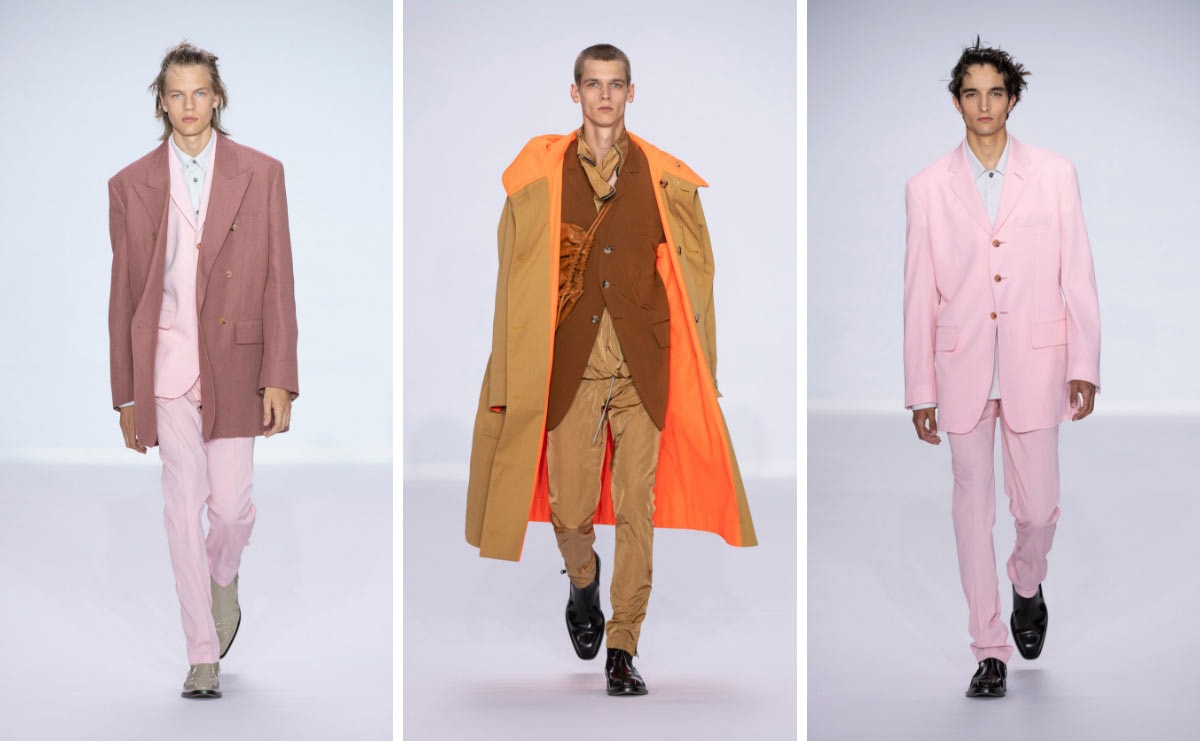 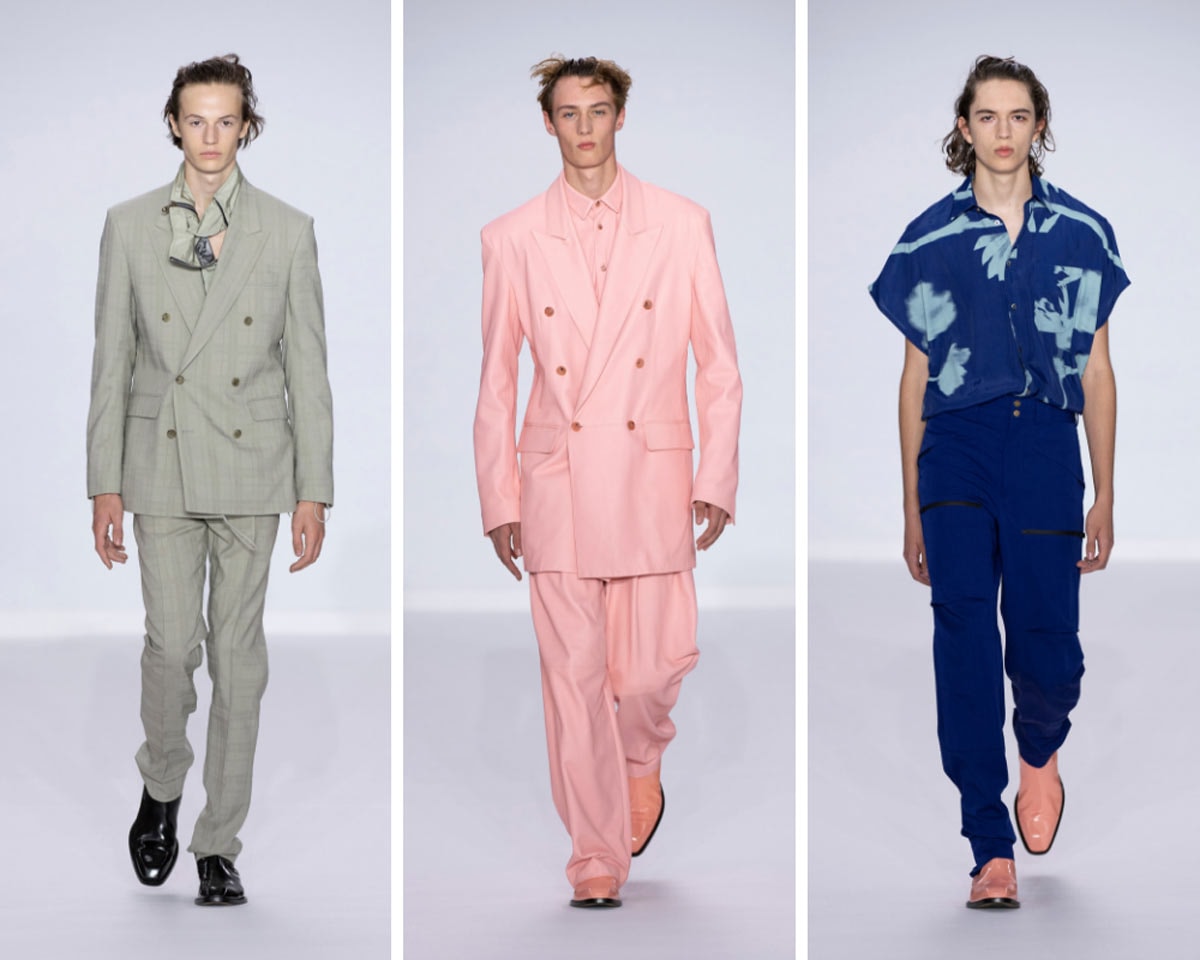 Collaged in a Pop Art colour palette from pastels of dusty pink and caramel to electric hues of strong yellow and blue, as well as earthy tones, the collection’s tailoring is boxy in design, with wide lapels and high-rise trousers, with Smith stating that “function and utility are key” in the show notes, as well as them being “soft and wearable in construction”. 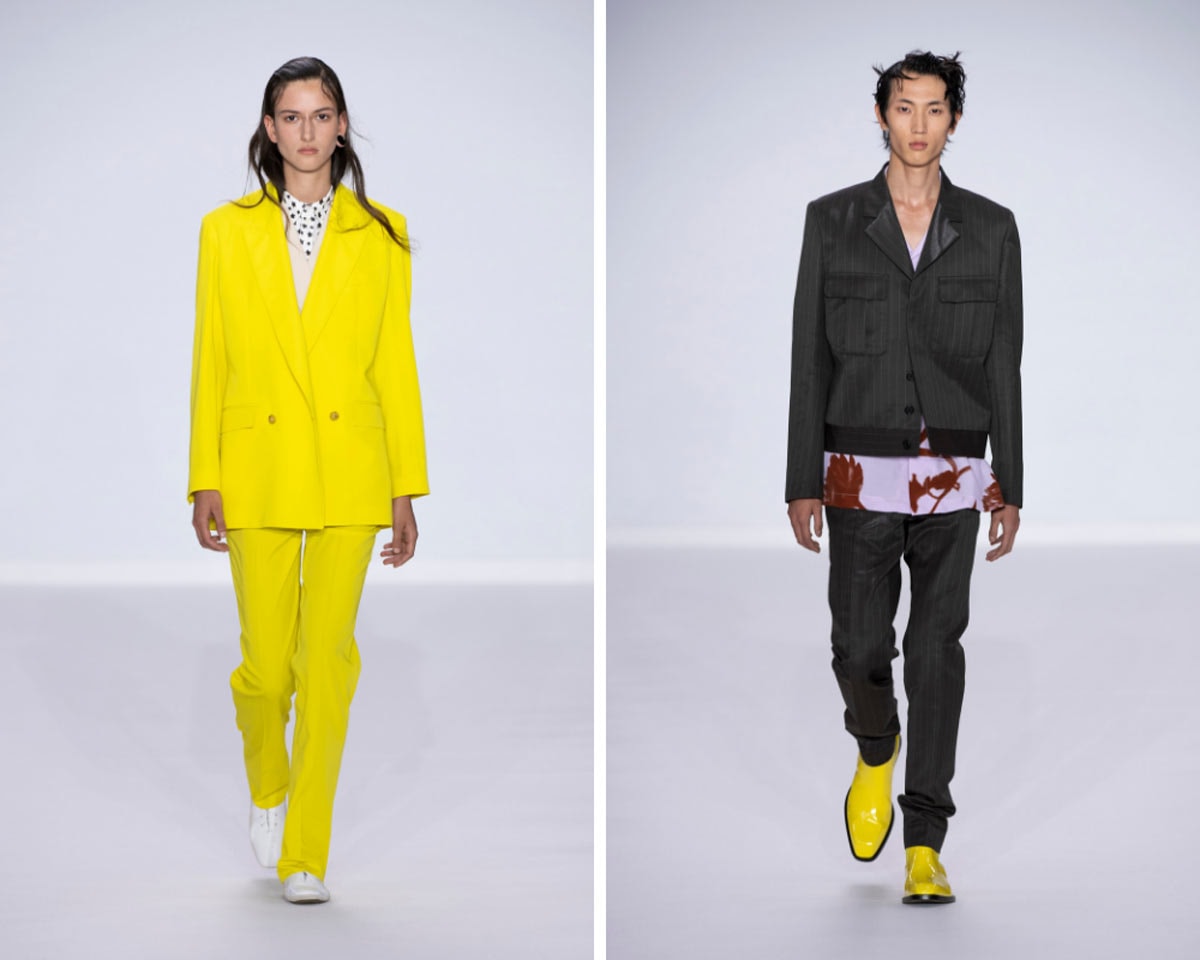 Fashion with function is displayed with the practicality of a pair of drawstring tracksuit trousers, which are juxtaposed with an oversized double-breasted jacket, with the colours slightly mismatched to showcase “self-expression through style”. 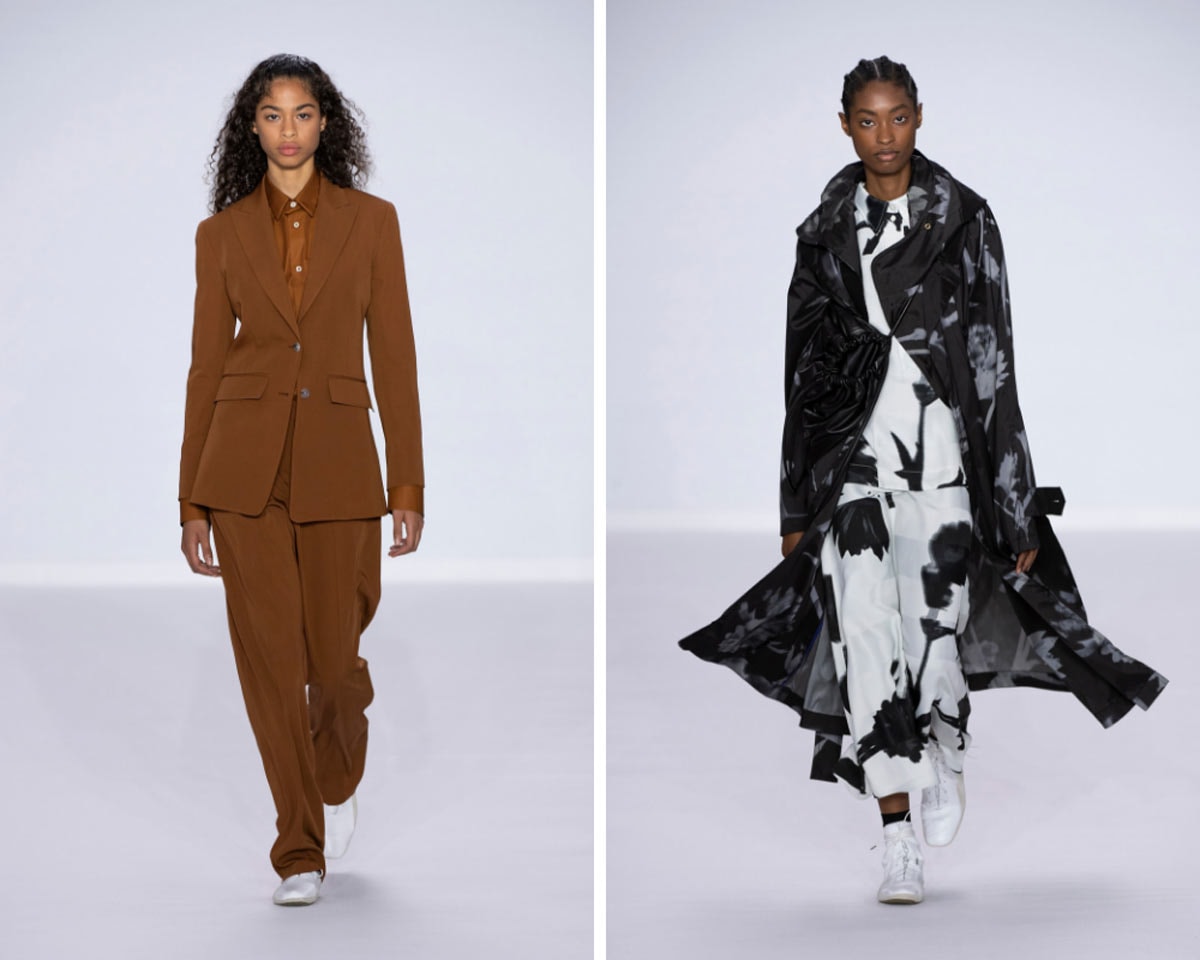 Double-faced quilted silk is used in men’s and women’s and pinstripes that appear matte on cotton tailoring for women and with a shine on a more technical tailoring cloth for men. While suits are worn oversized with jackets longer, lapels wider and trousers higher on the rise.

Alongside the colour Pop Art is screen printed florals, which have been given a “DIY attitude” with flashes of a graphic rabbit inspired by the Pop Artists’ re-appropriation of iconic brand logos. 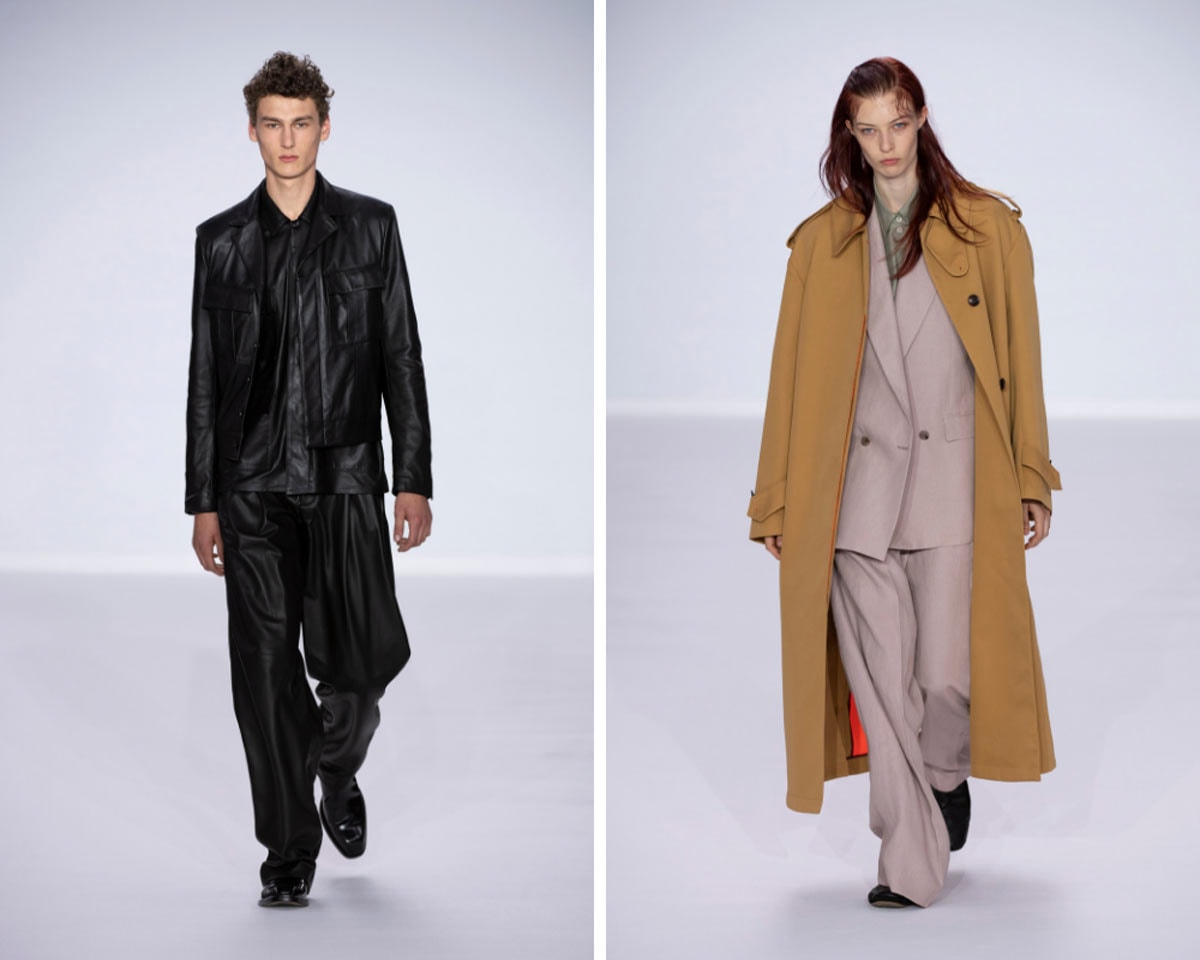