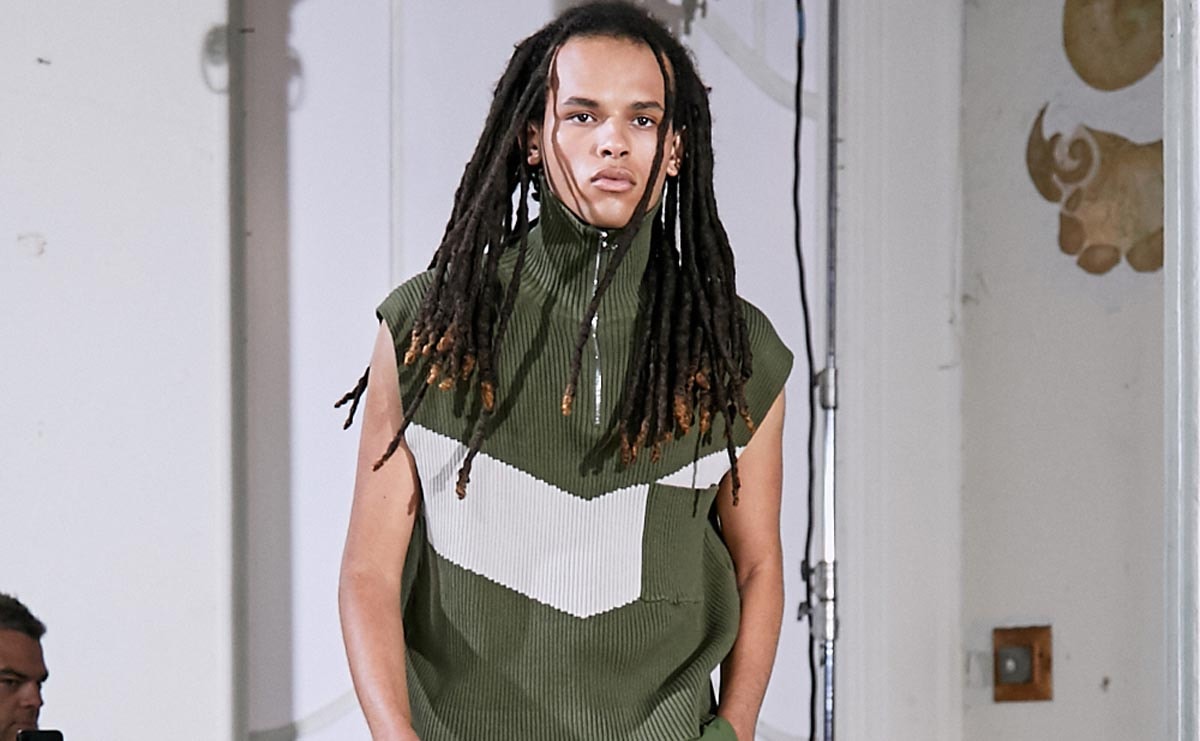 Private Policy has become well known for their street style sensibilities, but for spring/summer 2020 the brand decided to get political. Let us note that it's June, meaning it's Pride Month, celebrating LGBT equality and the activists who fought and continue to fight for LGBT rights. Private Policy was inspired by The Stonewall Riots, which sparked the modern gay rights movement in the United States, and took place in New York City. 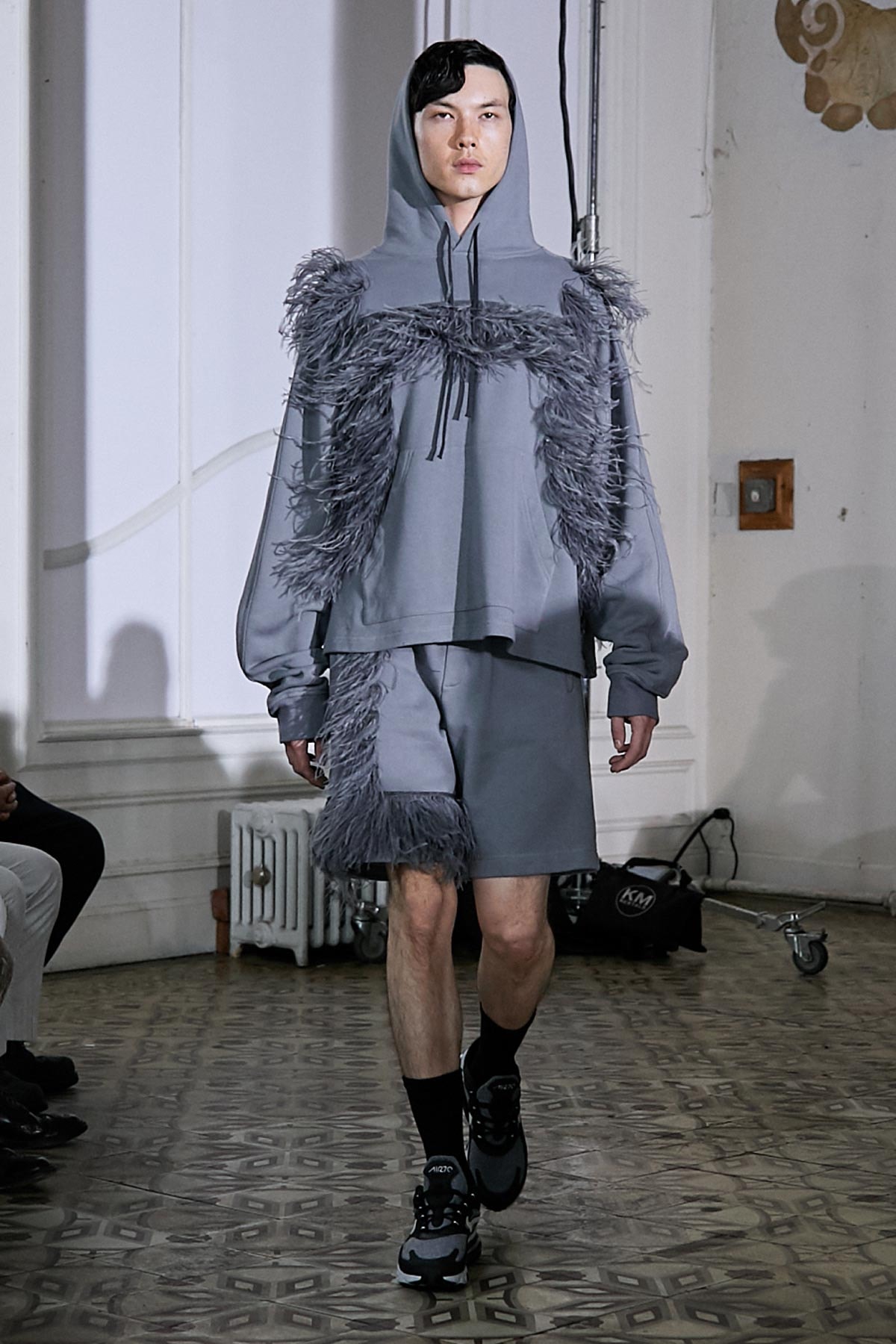 Private Policy's collection was inspired by unity in a time where America is seen as "divided," "torn," and "polarized." The collection took a mostly minimalist approach to color with the brand's signature checkerboard pattern featured in black and white for both menswear and womenswear pieces. The clothes wore like a rebellious street style uniform for going against the grain, fitting as the designers said they were inspired by Stonewall activists Marsha P. Johnson and Sylvia Rivera. Utilitarian outerwear pieces were one of the statements of this collection with details like feathers and oversized pockets. 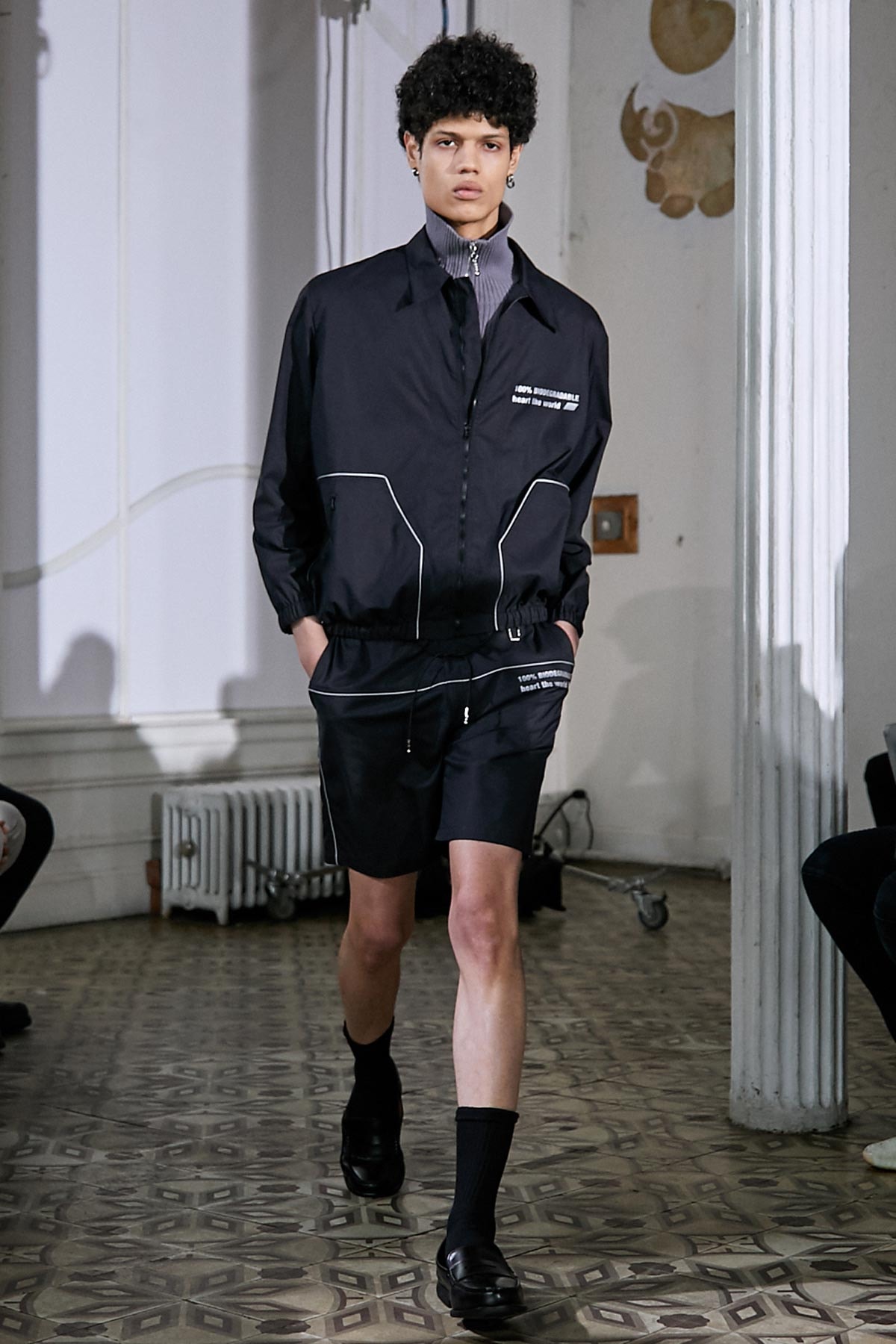 Other details included durable outdoor fabrics and harness bags that allowed wearers to be ready for a protest at anytime. Rebellion, but make it fashion. The collection was a reminder that the oppressed today need to unify and stand up against the inequalities, even if it is the authority, unity is also about consciousness and progression through discussion and debating with opponents, and a good outfit can accompany that as well. It was a reminder that yes, fashion is not just for dressing up, it is fiercely political as well. 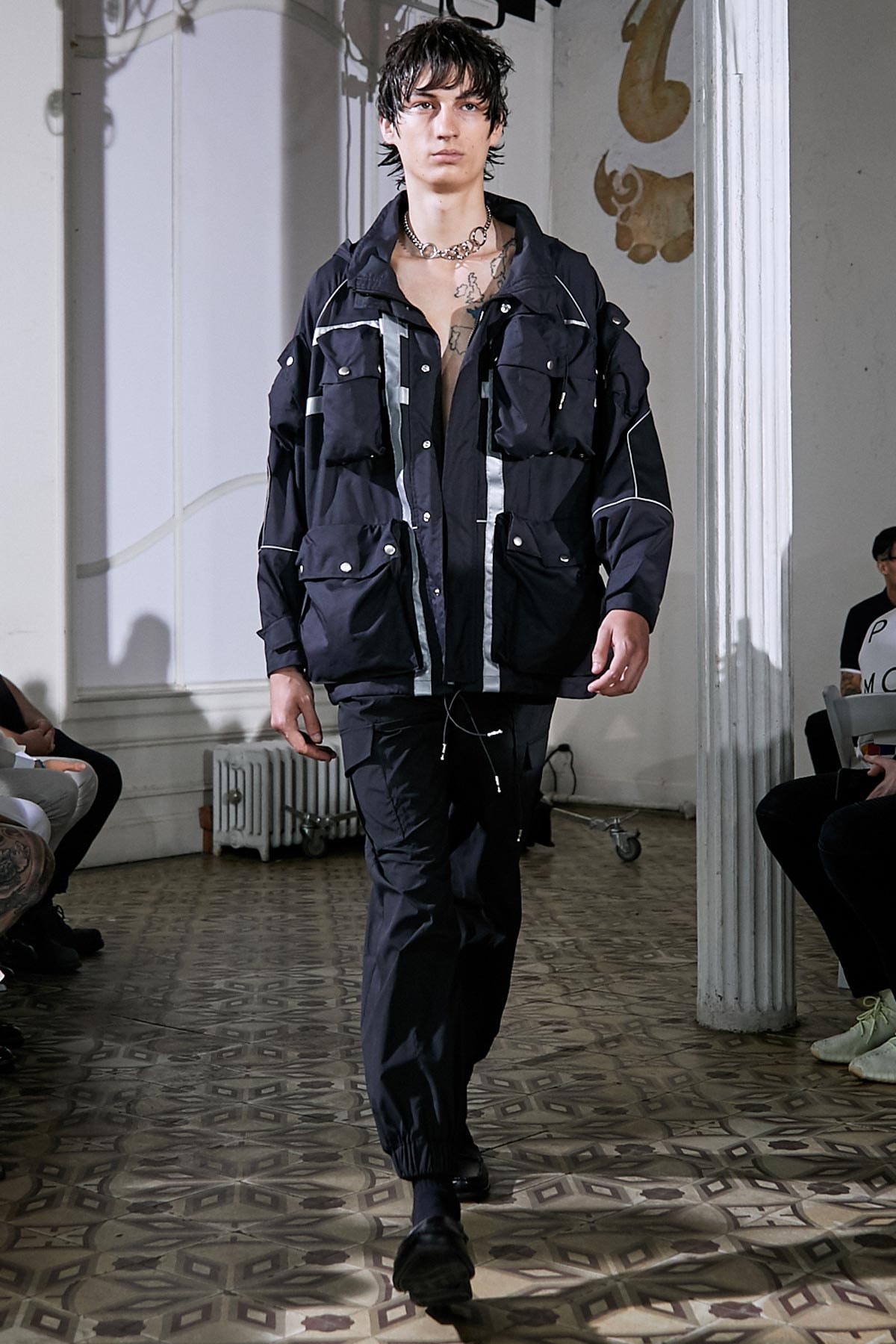 The show ended with a rainbow dress representative of the pride flag and LGBT equality. The dress was quite simply put, pretty. It let us know that we don't need to act like soldiers or dress like them to protest for equal rights. Change has no one outfit. 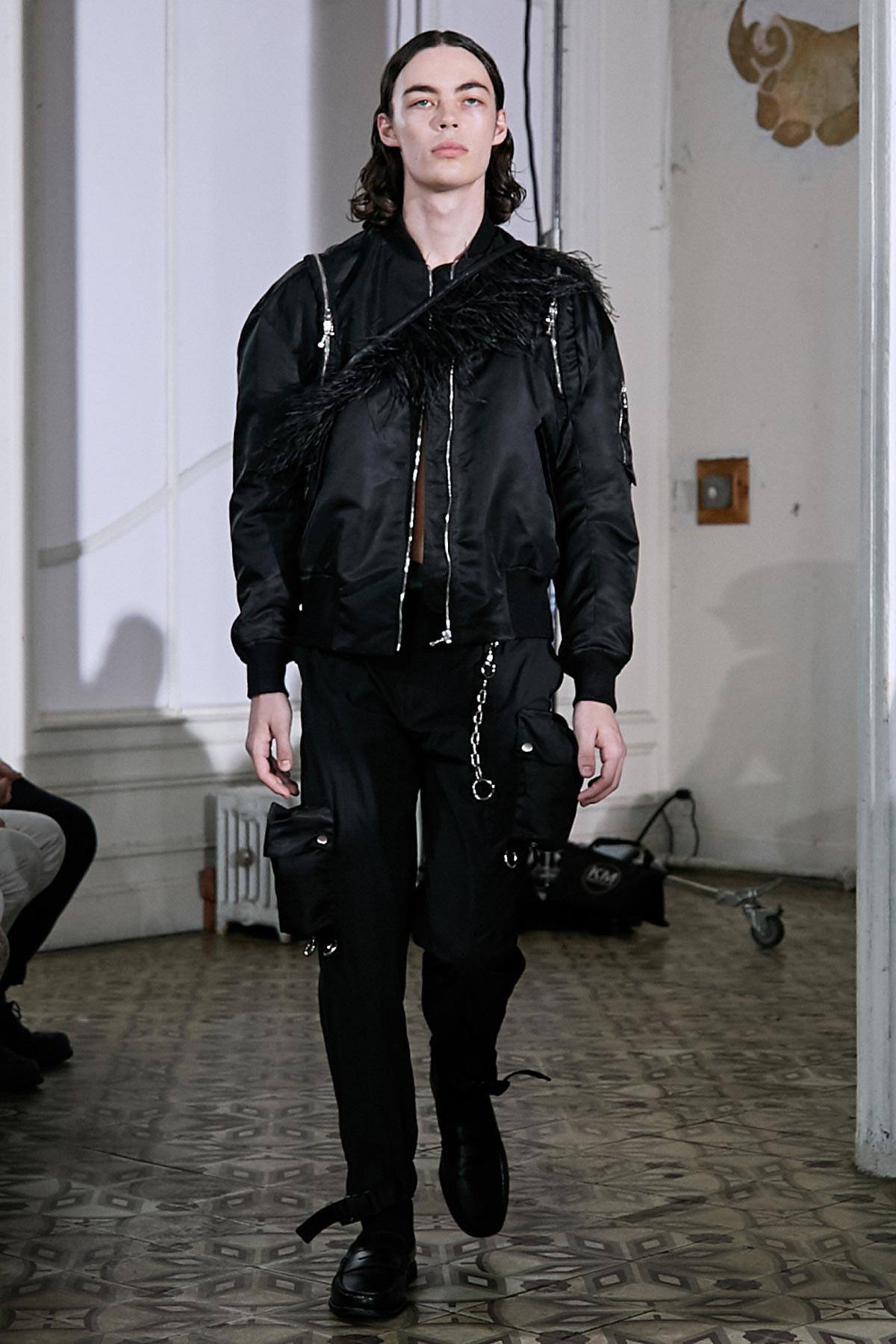 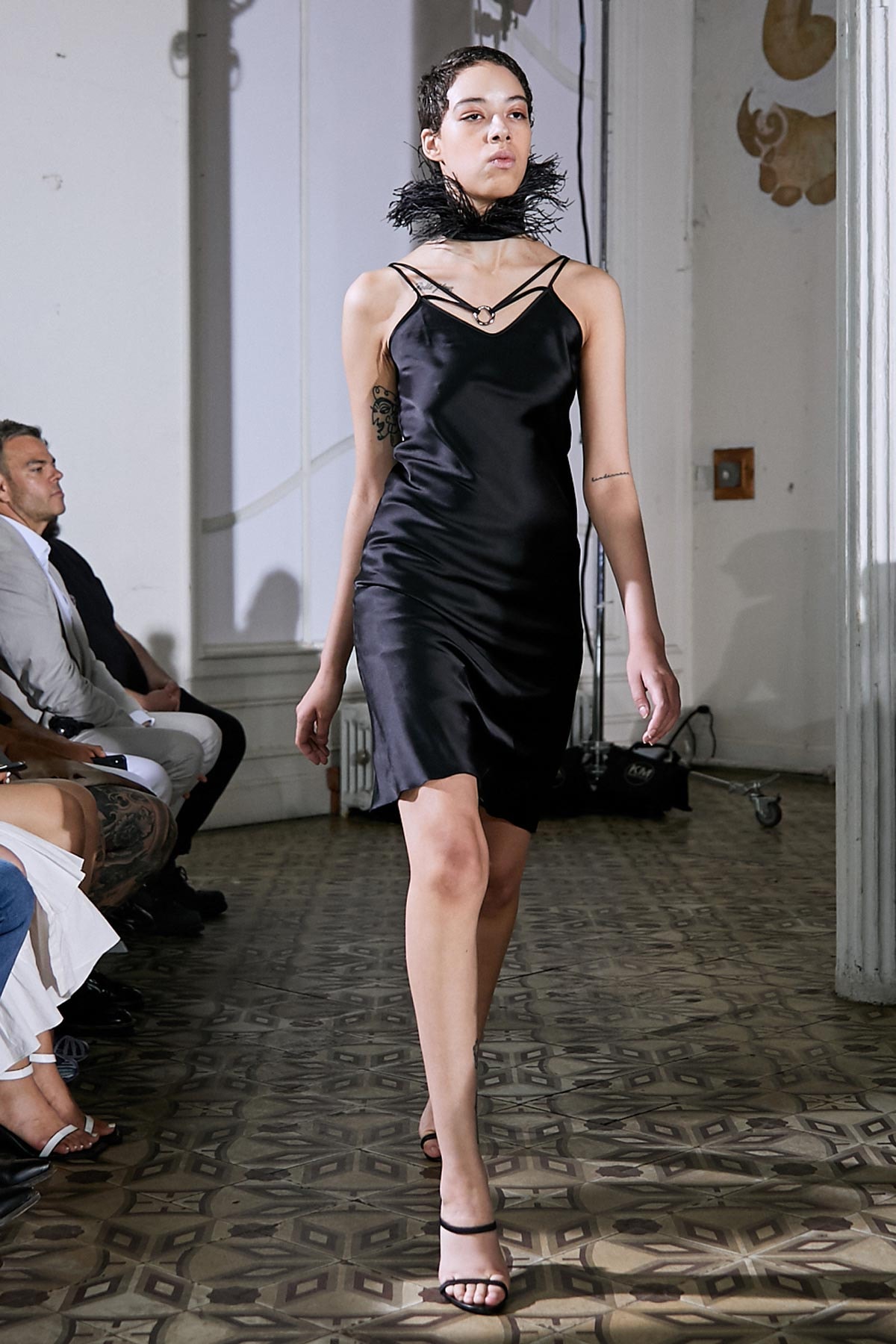