London - Mini Mode, London's premier kid's fashion week, is set to host its first edition during London Fashion Week AW18. Taking place on Friday 16, at the Hellenic Centre in Marylebone, the new platform was created to showcase the best of children's fashion during fashion week. Founded by Amanda Rabor, founder of Isossy Children, a global children's wear brand, in collaboration with a network of creative, influencers, experts and designers, the platform aims to establish a new and consistent platform for the children's fashion market.

For its first event, Mini Mode is set to showcase a range of emerging designers and established childrenswear designers, including Lady V Couture, Infantium Victoria, Rebel Republic, Daniele Alessandrini Kids, Isossy Children, Amelie et Sophie, LOUD Apparel, The Bonnie Mob and Sproet and Sprout. Ahead of Mini Mode's debut edition, FashionUnited took a moment to speak with its founder Amanda Rabor, to learn more about the event, her hopes for Mini Mode and how she aims to expand the platform in the future. 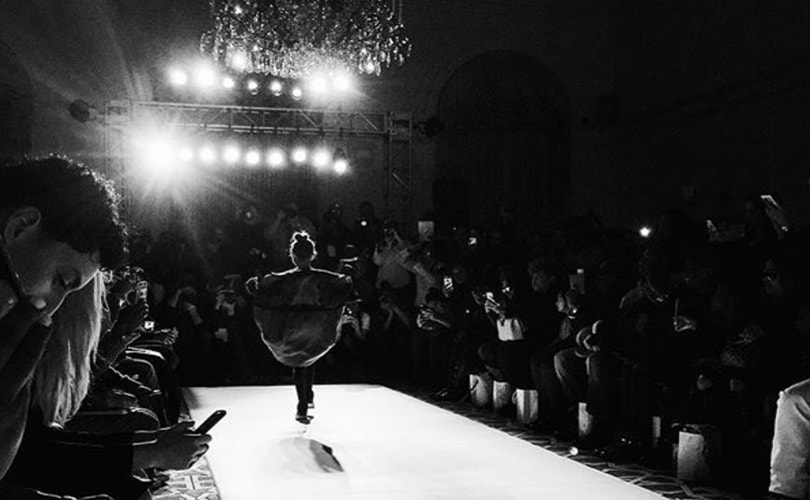 FashionUnited: Where did the idea to create Mini Mode first come from?

Amanda Rabor:“The idea to launch Mini Mode came from my years of doing shows in the States. Last year I hosted my first London Fashion Week show, which was different than New York Fashion Week because I showed with other brands, but good. When I showed at London Fashion Week, I showed my collections alongside adult fashion brands and I realized that there was nothing a bit glamorous just for children - and I wanted that in the UK market. In New York, I hosted a standalone show for my brand, which was fantastic, but then you are able to see the gaps. So I thought to myself, well I have a lot of business from the US, a lot of business connections and I know a lot of models - I am based in London and I want to build a platform to create more opportunities for childrenswear brands in the UK.”

“After hosting my own shows, I thought ok you need to try and collaborate with some other people and create this platform for childrenswear with other people. But what ended up happening is that I ended up taking charge by myself to make the event happen. But once I made that decision to take charge, it all fell into place. We have some great collaborators, and contributors and global supporters as well as media partners so it all worked out.”

How did people respond to your idea to launch Mini Mode?

AR: “Since we announced the first edition of Mini Mode people have been very supportive of it. They feel like this is the time to have something dedicated to childrenswear in London, to launch a platform for children, fashion, designers, that whole market, the time is ripe. This has been building over the last months, and I feel like social media is responsible for the amplified desire for such an event. Thanks to social media, people can see what is going on in fashion in the States, in Florence, in China - they are seeing all these shows and events. When you are a childrenswear designer and you see a lack of these types of opportunities in your country it makes you want something to showcase your work as well. Children models as well and consumers, they want to be seen and acknowledged by the industry.” 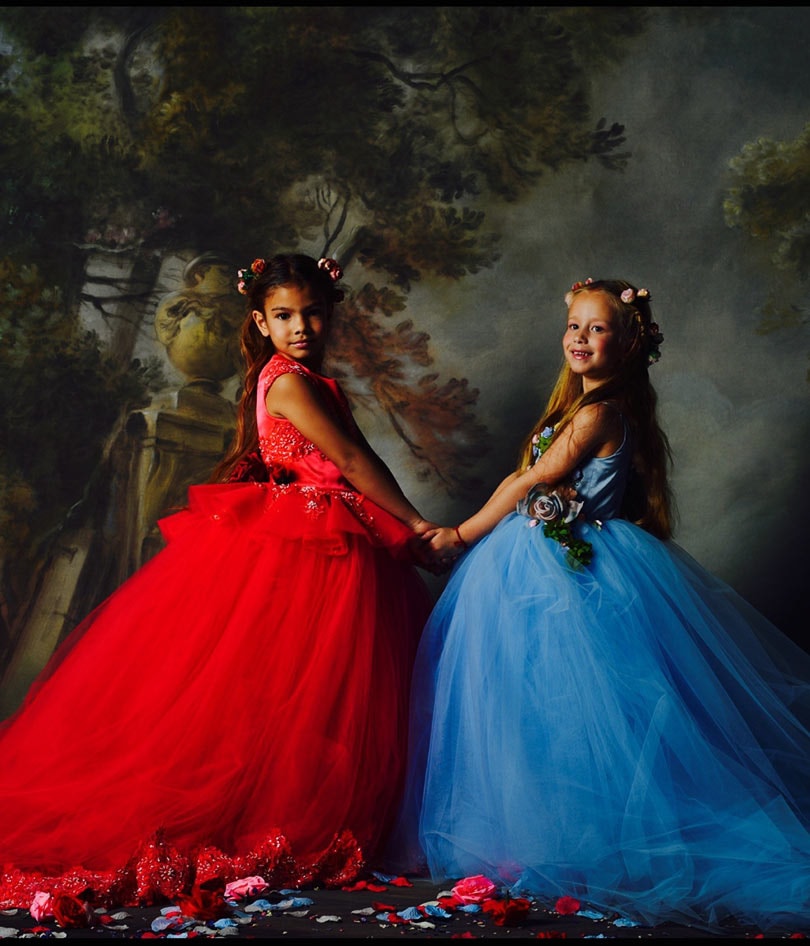 What makes Mini Mode unique to other children's fashion shows in London?

AR:“What we decided to do is to create two shows - an industry show and a consumer show. They are both quite different, but they target two different markets while giving designers the best of both worlds. The industry show is focused at traditional industry people, we have buyers coming down, designers, media, all the people who are linked to the fashion industry. That show will focus more on fashion, as well as little bit of little relief in between, in a traditional catwalk show format focusing on fall/ winter 2018-2019 collections. Then we have the consumer show, which will have children of all ages in. It will be open to families and we will have a number of bloggers coming by as well. This show is really for the kids, as it is also taking place during half term, so parents are urged to bring them. The consumer show will also be see-now, buy-now, so people can see the collections on the runway and go out to buy them straight away, online if they like. That is the main difference between the two shows.”

What type of children's wear designers will be showing at Mini Mode? Why?

AR:“We have 10 designers showing as we wanted to have an elective mix, but also make sure that we covered all genres of fashion. We categorized it so we have emerging designers, we have occasionwear, independent, athleisure, sustainable and ethical designers, so it is organized but also cohesive. You are not going to get just one type of look, you are going to see a broad spectrum of what is out there - from very classic to very streetwear-influenced. When I look at the market, I want to see a range of what is out there. I do not want to limit Mini Mode to being about one type of designer, not at all. I want to have high street designers showcasing with us as well as independent brands because I want to break down that barrier in childrenswear."

"Especially in the consumer show, because that show is all about them and their needs. So we can promote small and big brands there because that is what the consumer wants. When you look at how the market is changing, take New York Fashion Week, for example, it is going through a number of changes, people are realizing more and more you have to reach out and include the consumer now. Fashion cannot be as elitist as it has been in the past. It needs to be accessible as social media is changing the way people see and consume fashion. So that is why Mini Mode is open to all types of childrenswear designers and brands. But Mini Mode will have a name like London Fashion Week has a name, which is why the designers showing are good designers, they are fashion people and they reflected creativity.” 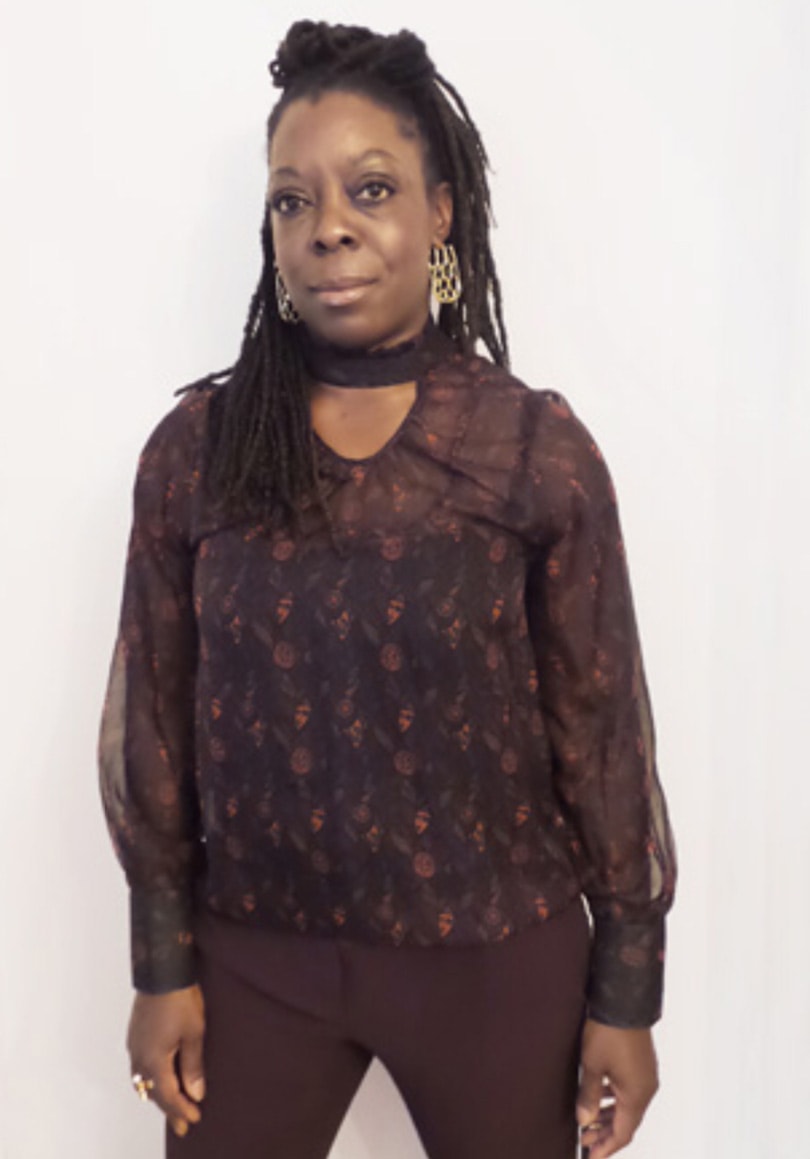 Why did you decided to host the first edition of Mini Mode during London Fashion Week?

AR: “London Fashion Week is a big deal to me, and to host Mini Mode during London Fashion Week makes us feel like we are a part of the bigger industry. It is an iconic event, and even if we can’t be as big as LFW, we can host the event during a time when fashion is a big focus in London. I think the dates work really well, as it is children’s half-term vacation, and I wanted to do it on a weekday as well because I thought it would better for the industry. Moving forward, I am not 100 percent sure when the next event will be - if it will be during half-term again or not - but on the whole, I like the London Fashion Week calendar it works with the rest of the industry calendar as well.”

What do you hope to achieve with Mini Mode's first event?

AR: “I hope to have a good show. I want to show that we are here to stay and that there is real potential for everyone at Mini Mode. I want to show people that we know what we are doing and celebrate our uniqueness. It is not going to be like anything else in the world. We have a lot of surprises for everyone and everything in the show will have that London edge to it. I think what I expect is excellence, I expect to have a fantastic show, it is going to look great and people will be well treated and accommodated.”

Do you have any future plans for Mini Mode?

AR: "Moving forward we will probably need a bigger venue as in the future I would like to add more events, such as workshops for parents and kids, as we are all about empowering families and I want to bring these elements into the event. I also want to expand the event to span over two days, rather than one."

"I’d also like to offer brands stand alone shows, like London Fashion Week, but just for kids. So let’s say a high street brand wants to host their own show for their own collection, I want to be able to provide that. Or an independent brand who wants to show with other designers, I want to offer that as well with workshops and other events in between the shows. So we could offer workshops on how to build your brand, or how to boost your self-esteem for parents that visitors can book in advance and offer that extra to the industry. That is definitely the bigger picture for Mini Mode for now.”