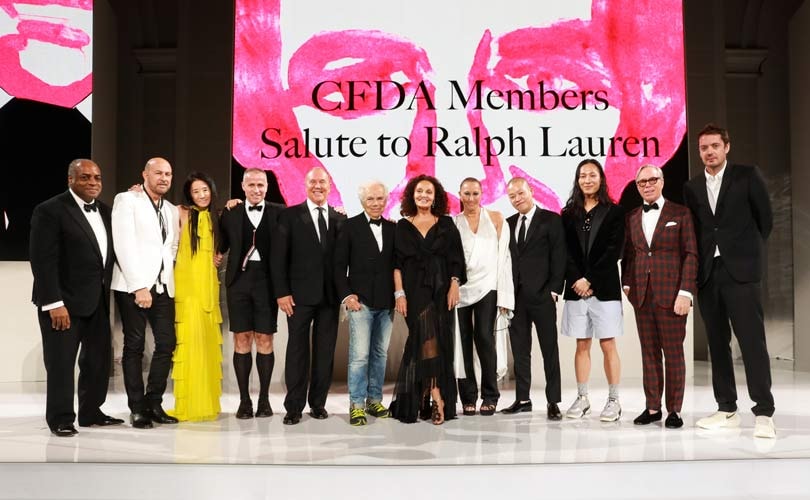 Raf Simons, who was appointed chief creative officer at Calvin Klein two years ago, won womenswear designer of the year at the Council of Fashion Designers of America (CFDA) Awards, held last night in New York. This is the fourth CFDA award for the Belgian fashion designer. Last year, he won both womenswear and menswear designer of the year, and in 2014 he won the CFDA International Award for his work as creative director at Christian Dior.

The sisters Ashley and Mary-Kate Olsen also won once more. They were named accessory designers of the year, an award which they also won in 2014. They also took home the award for womenswear designer of the year in both 2012 and 2015.

Supreme’s James Hebbia took home the award of menswear designer of the year this time around.

Kim Kardashian West was the first recipient of the CFDA Influencer Award . When the recognition of Kardashian West’s social media influence was announced by the CFDA earlier this month, board member Thommy Hilfiger said “when she wears, publishes or talks about a fashion brand, there is an immediate and significant increase in both awareness and sales”. The reality show star commented on the win in her controversial fashion: “I’m kind of shocked that I’m winning a fashion award when I’m naked most of the time”, she said to newspaper Star Tribune.

The 2018 CFDA Awards also included a salute to Ralph Lauren, in honor of his 50 years in the fashion industry.

Other winners include: Sander Lak of Sies Marjan, who won the Swarovski Award for Emerging Talent; Naomi Campbell, named Fashion Icon; Edward Enninful, who was granted the Media Award; Donatella Versace, recognized with this year’s International Award; and Diane von Furstenberg, winner of the Swarovski Award for Positive Change. Narciso Rodriguez and Carolina Herrera were both honored for their overall accomplishments in their careers. Rodriguez got the Geoffrey Beene Lifetime Achievement Award, while Herrera won the Founder’s Award in honor of Eleanor Lambert.

"The range and depth of talent honored at the CFDA Fashion Awards is the perfect proof that American fashion is a global powerhouse," said Steven Kolb, President and CEO of the CFDA, in a statement.

Founded in 1981, the CFDA Awards are the fashion industry’s version of the Oscars. Winners are determined by the CFDA Awards Guild, which is comprised of CFDA members, fashion journalists, stylists and retail executives.

Picture: courtesy of PRNewsfoto/Council of Fashion Designers of America