As people around the world were stuck at home during lockdown, they took up gaming to cure their boredom. But instead of shooter or sports games, a different type of game has caught the interest of many: Nintendo’s Animal Crossing.

The video game is currently experiencing its nostalgia-driven comeback, since its initial debut launch almost 20 years ago. The newest edition, ‘New Horizons’, celebrated its release at the end of March and has since sold 11.7 million copies.

Animal Crossing allows players to create their own avatar, which they can dress as they please. While common styling options in video games are usually pre-made, Animal Crossing allows the user to digitize their own clothes or create their personal dream look, which has sparked a separate fashion community in itself. Though players could already become designers in Animal Crossing’s past editions, ‘New Leaf’ and ‘Happy Home Designer’, ‘New Horizons’ enables “designs to be applied to even more items than before,” said a Nintendo Germany spokeswoman at the request of FashionUnited.

Instagram profiles, such as Nook Street Market or animalcrossingfashionarchive, introduce fashion week looks into the video game and make them available to the community. This way, everyone can virtually shine in their favorite clothes, whether this be by wearing Dirk Bikkembergs or Prada.

Photographer Kara Chung, who started the animalcrossingfashionarchive account, already collaborated with Maison Valentino at the end of April and has introduced Marc Jacobs pieces from the spring/summer and early autumn 2020 collections into the game. 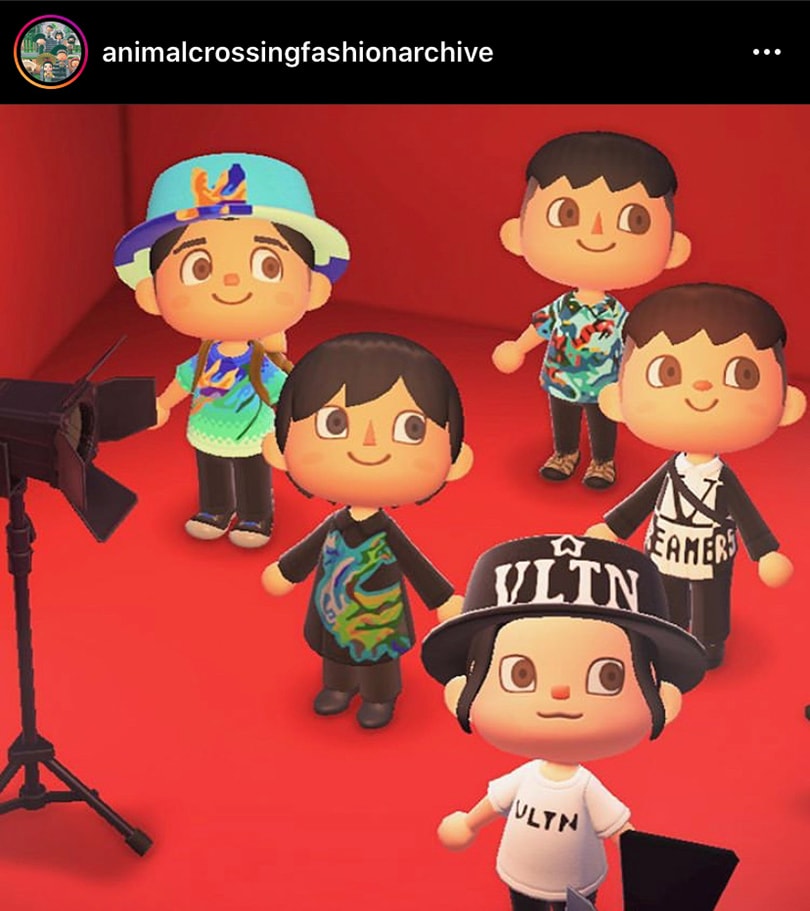 “Where does fashion go after the lockdown? Right now people are connecting by taking pictures of themselves in their homes. I can’t help seeing similarities with this video game: everyone has become an image-maker, stylist and model rolled into one,” Chung wrote in an Instagram post via animalcrossingfashionarchives.

Her current collaboration even takes one further step to present the first worldwide Animal Crossing fashion show, with looks by Belenciaga, GmbH, Bottega Veneta and many other brands. 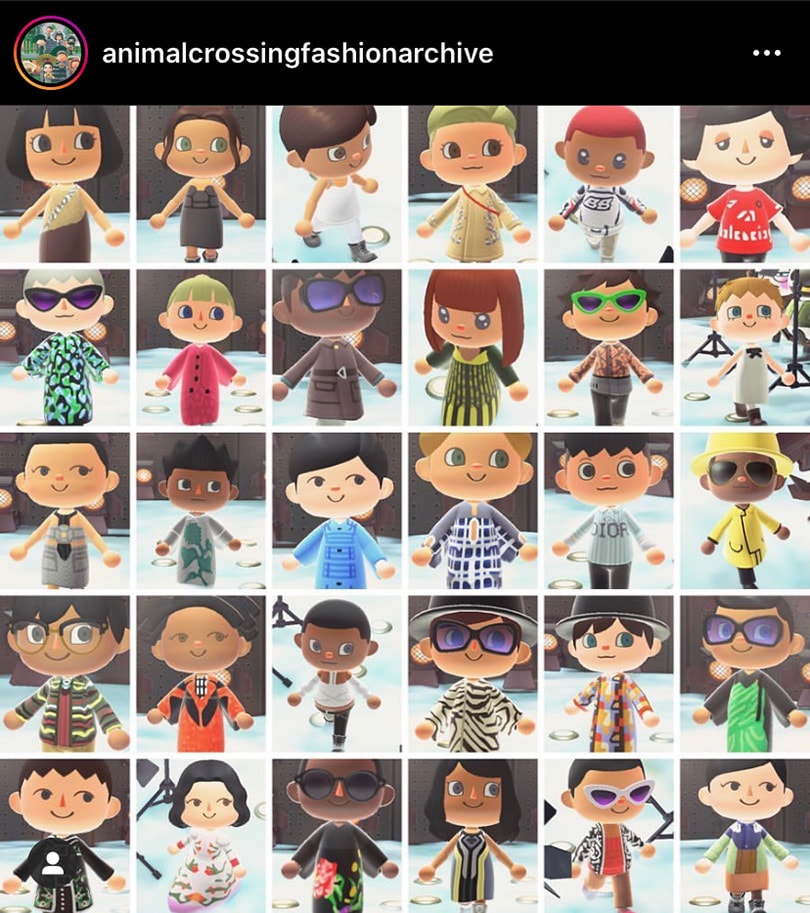 Pictures: overview of looks included in the fashion show

“We’re recreating our Ssense wishlists. We’re cosplaying as ourselves, with room to play. We’re living in a big remix of reality, and this game is proof that creativity transcends isolation. The identity and the pure joy that comes with the game’s honest expression is something to share,” Chung added.

For the second part of the Reference Festival, an artistic festival of the PR agency Reference Studios, Chung worked with stylist and 032c fashion director Marc Goehring. While Chung took charge of videography and the digitalization of outfits, Goehring worked on the styling. Michel Gaubert, who also provides soundtracks for physical fashion shows such as Dior or Sacai, was responsible for the sound direction.

Pictures: photoshoot for Farfetch (left) and for Shetty Karthik (right)

“We met through a mutual friend, curator Evan Garza, who had contacted us both for an Animal Crossing project in the Art Forum. Right after, we talked on the phone and figured it would be a fun way to work together,” Chung and Goehring told Vogue.

Goehring further explained that the first step of collaboration does not differ much from a usual shooting. He browsed through his favorite collections of the current season and chose the looks to include. “You really have to think about what specifics you can remove and what you pixelate in order to create a specific look that everyone knows and recognizes,” Goehring continued. 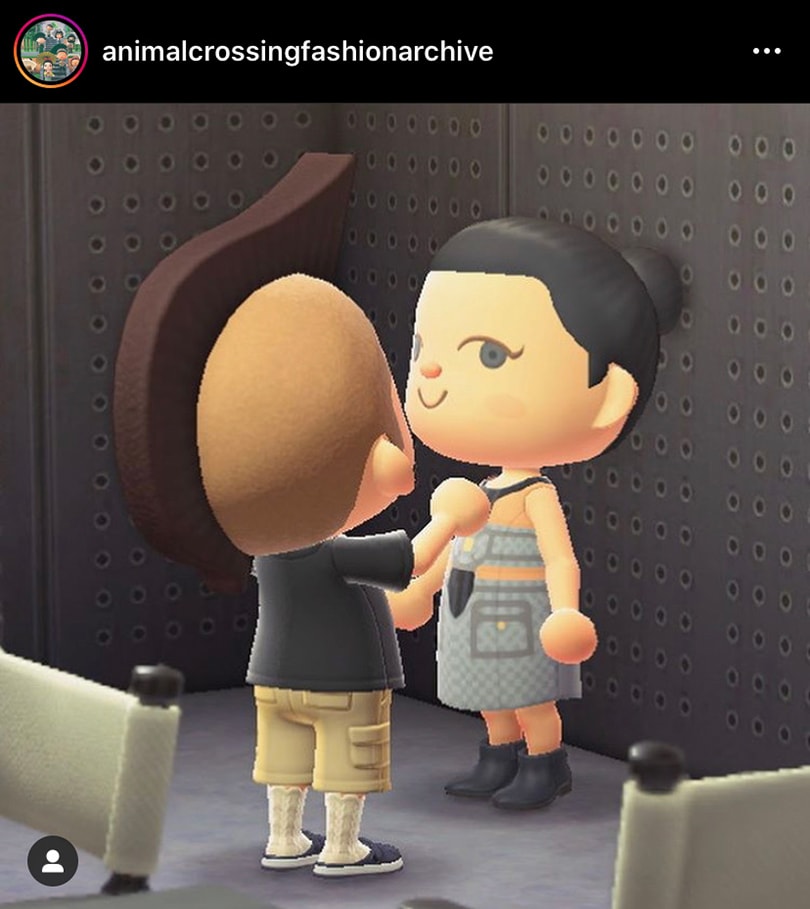 The result can be seen in a little over three minute long video of a fashion show featuring an audience of Animal Crossing characters. But see for yourself…

This article was originally published on FashionUnited.DE, translated and edited.