London - The UK’s first app developed for the recycling of unwanted clothing and textiles launches in the UK today. Named reGAIN, the app marks a significant step forward towards the fashion industry’s shift to a circular economy by incentivizing recycling in the UK.

The new digital take back scheme offer consumers discount coupons for leading UK retailers in return for their unwanted apparel, helping to divert tonnes of clothing from being thrown and wasting away in landfills. reGAIN has partnered with a number of fashion retailers, such as Superdry, Asics, New Balance, Boohoo, and Missguided, as well as lifestyle brands and experiences including Expedia, Hotels.com, EVE Sleep and BodyBuilding.com. After downloading the app, users can ship their old, unwanted clothes, shoes and accessories to reGAIN free of charge from more than 20,000 drop-off points across the UK. In return, they receive a discount coupon to use at the participating retailers.

Developed by Jack Ostrowski, founder of Yellow Octopus which offers commercial sustainability solutions from retail to end consumer, reGAIN was built on experiences taken from Yellow Octopus. The company has been providing sustainable stock exit solutions for British fashion retailers, including Asos, John Lewis, and Primark for more than 12 years and is experienced in handling large volumes of post-consumer textiles. Now reGAIN aims to educate consumers and change the way they perceive the value of clothing and how they dispose of apparel they no longer want or need.

“We are realists, not idealists. We know that we can’t stop people from buying clothes, but we can incentivize them to change their habits and divert hundreds of tonnes of clothing from UK landfill. Our long-term goal is a world in which clothes never become waste,” commented Jack Ostrowski, founder of Yellow Octopus, the company behind the reGAIN app. “The reGAIN app turns commercial sustainability into action and provides a modern solution for fast fashion lovers by rewarding sustainable behaviour. Stopping clothes from going to landfill is the first step towards a circular economy,” he added.

New research conducted by the reGAIn app, which questioned 2,200 respondents, shows that in spite of growing awareness concerning the importance of recycling, a large number of people are still throwing unwanted clothing items into the bin. According to the survey more than one in ten throw away their clothes, rather than giving them to charity or recycling them, while in London this increasing to 27 percent. With 73 percent of respondents admitting they no longer wear half the items they own, these pieces are likely to contribute to the 300,000 tonnes of clothing being sent to UK landfills each year - the equivalent of 50 trucks’ worth of clothing per day, according to data from WRAP. However, as much as 95 percent of the apparel through away can be reborn, recycled or upcycled. 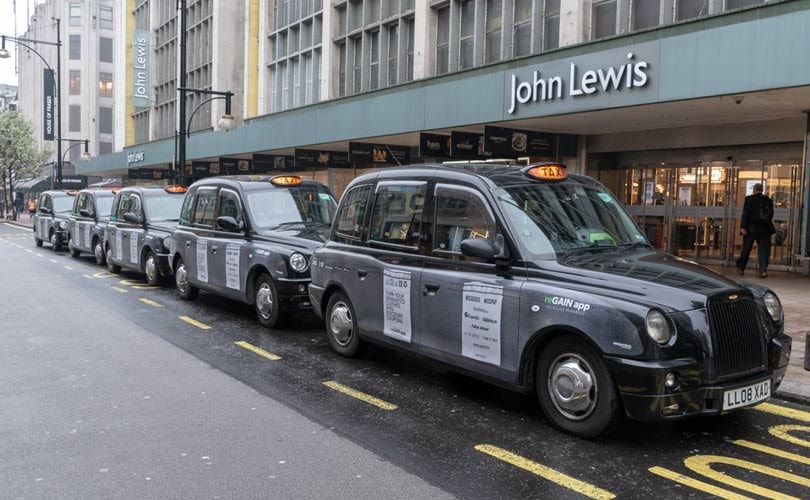 In order to ensure its carbon footprint is kept to a minimum, the reGAIN app only accepts one drop per week per consumer, with a minimum of 10 items per shipment. Then once the clothes are received by the reGAIN app, the sent clothing items are either reused, recycled, upcycled or used as combustibles for energy production, based on what state and quality they are in when they arrive. Consumers can then chose which retailer they receive a discount coupon from, with a minimum discount of 10 percent, but on average discount range from 20 percent to 25 percent.

“The reGAIN app provides consumers with a three-fold ‘Do Good’ scheme: firstly, to do good for their living space through decluttering; secondly, to do good for their wallet, by receiving coupons and shopping for less; and thirdly, doing good for the planet, by diverting clothing from UK landfill. With 49 percent of people we surveyed planning to do a spring clean of unwanted clothing this month, we hope many of them will consider using reGAIN app to prevent these items from becoming waste.”

The reGAIN app is available for free download for iOS and Android devices now.