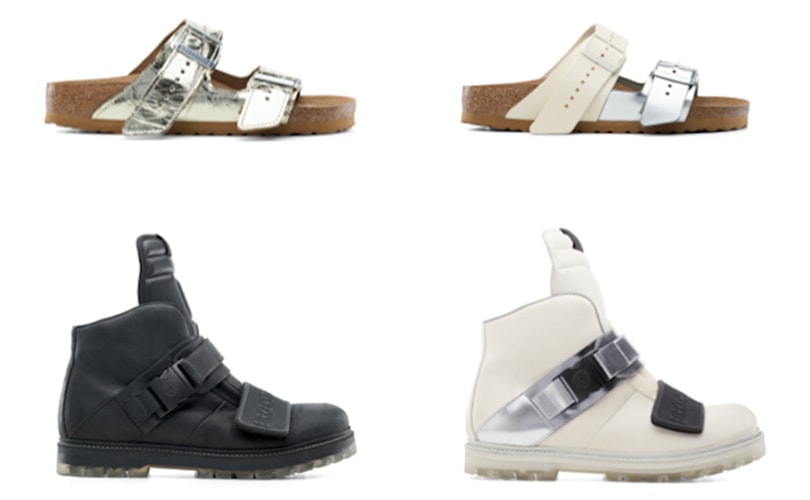 The footwear range was unveiled a few days ago during Paris Fashion Week, just hours after Rick Owens showed his Fall 2019 men's collection.

The collection includes three silhouettes: the quintessential Birkenstock Arizona and Birkenstock Rotterdam sandals, plus a new style called the Rotterhiker boot. While the previous Rick Owens x Birkenstock collaboration was defined by a theme of fuzzy textures, this one is slightly more pared down, yet still encompassing Owens' creative and unique design flair.

Shoes in this collection feature a palette of black, off-white and muted metallic colors, each silhouette done with metal buckles and velcro straps for a functional spin.

This second Rick Owens x Birkenstock collection is currently available in for sale in Paris' Le Bon Marche, with pop ups slated for January 23 and January 25 in Hong Kong and Shanghai, respectively. The full collection will be sold online beginning February 8.

However, retail efforts between the collaborative duo does not stop there. Birkenstock is setting a mobile retail concept called The Box in front of Rick Owens' LA store to sell style from the collaborations, amongst others. The temporary retail experience will run from April 18 through 21.