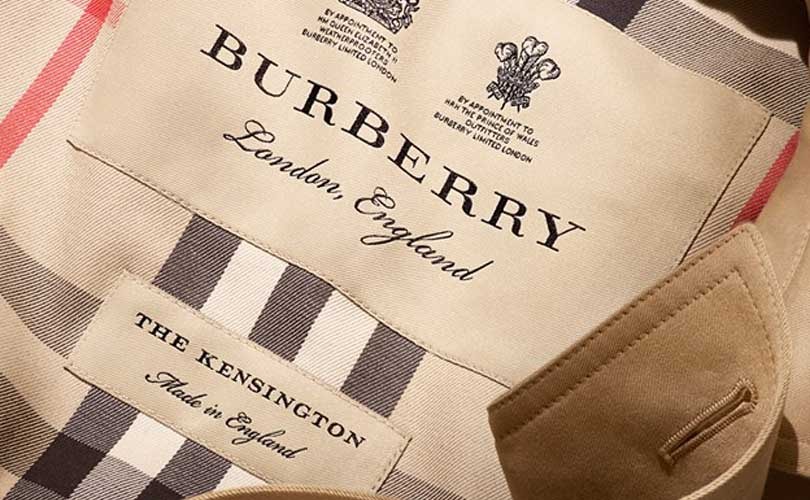 Burberry, which has been in the crosshairs for burning tens of millions of dollars of its products, is far from the only firm to destroy unsold goods to maintain the exclusivity and luxury mystique of their brands.

In its annual report the British fashion firm acknowledged that it had burned unsold clothes, accessories and perfume worth 28.6 million Pounds (32 million euros, 37 million US dollars).

More than a third of the products destroyed were perfumes, which the company said was due to the rupture of its licence with US fragrances manufacturer Coty.

Since Thursday, when that piece of information buried in its 200-page report came to light, Burberry has come under scrutiny on social and news media for the practice . But industry experts say Burberry is far from alone. "It is a widespread practice in the fashion industry, it's commonplace," said Arnaud Cadart, a portfolio manager at Flornoy and Associates who has previously followed the luxury industry as an analyst.

He said very few luxury brands hold sales to get rid of stock and instead destroy unsold products. Fashion items with short cycles increases the amount of leftover stock and items destroyed. "Once you do some private sales to employees and journalists, it's dumping," he said.

Burberry said Thursday it had measures in place to minimise its amount of excess stock, that it takes its environmental obligations seriously and harnesses the energy from burning the items. "On the occasions when disposal of products is necessary, we do so in a responsible manner and we continue to seek ways to reduce and revalue our waste," the firm said.

The destruction of goods is reflected in financial accounts, but in a manner "difficult to comprehend, often under an entry 'impairment of inventories'", said Cadart. French luxury giant LVMH said in its latest annual report that "provisions for impairment of inventories are ... generally required because of product obsolescence (end of season or collection, expiration date approaching, etc.) or lack of sales prospects."

"It's clear this isn't going well" in terms of public opinion "because this isn't a 'green' practice and perhaps not socially responsible as there are people who don't have clothes to put on their backs," said Cadart. "Yes, there is a moral, ethical question as well as protecting the environment," said Boriana Guimberteau, a specialist on intellectual property law at the FTPA law firm.

"But from a legal point of view, the brands are destroying genuine products which they own, products that are at the end of their life or the season, and they can do what what they want" with them, she said.

Guimberteau said a tenet of maintaining brand image is that exclusive products should be sold in exclusive distribution networks and that markets shouldn't be flooded with end of season products.

These can include a desire to ensure they don't enter other sales channels, while products such as perfumes and cosmetics have sell-by dates after which firms destroy them to ensure consumer safety.

Firms also destroy unsold goods "to protect its intellectual property, which is an asset," said Delphine Sarfati-Sobreira, Unifab's general director. She deplored the witch hunt against Burberry, saying that a "firm which destroys its products will certainly produce others, thus giving work to some of its staff".(AFP)