It's an age old trope that is basic marketing 101: sex sells. Rather it's in film, art, or an ad campaign, there is no better way to ensure sales that giving the public something sexy. The runways at New York Fashion Week this season got a little bit sexier, and one of the runway themes this season is sex sells. 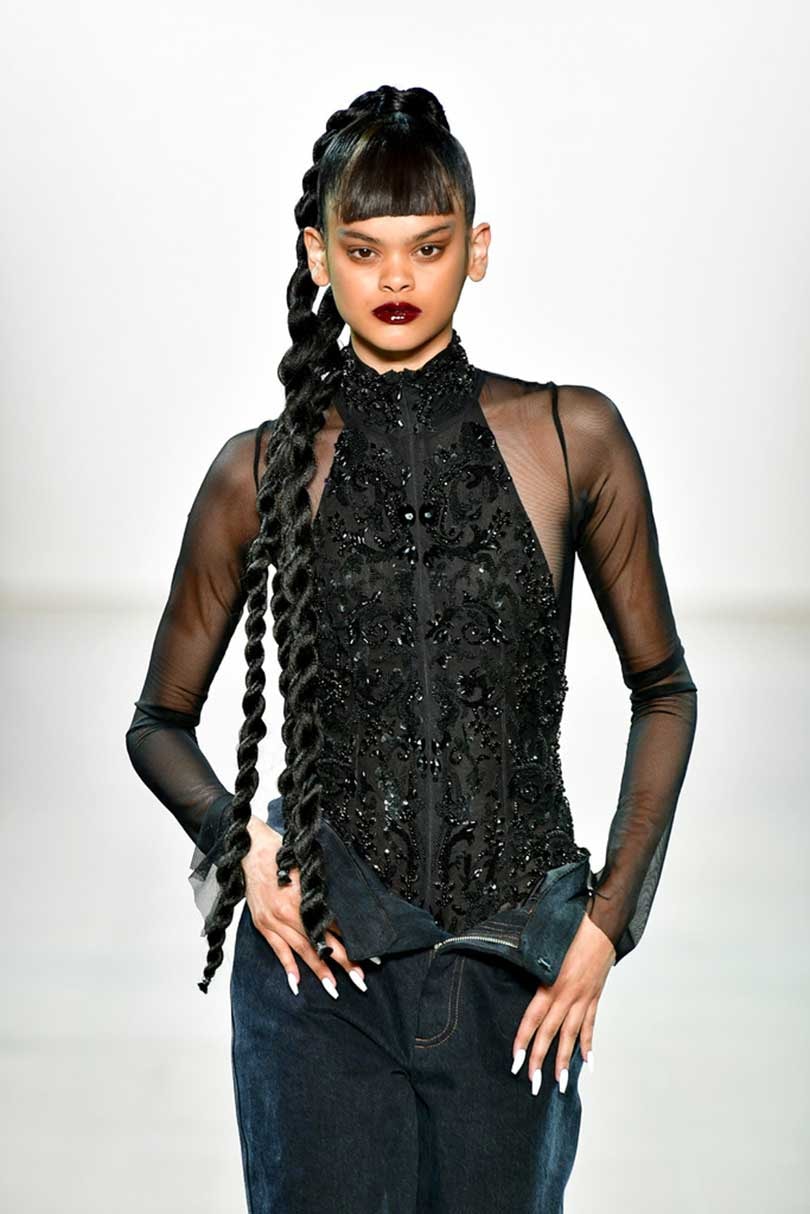 LaQuan Smith has become known for his particular brand of hoesthetics as stylist Farren Fucci would easily describe it. His fall/winter collection featured mini dresses, plunging necklines, and bustier tops that were perfect for a night out at the club. For a modern take on sexuality, LaQuan Smith's clothes have a very '90s nostalgia feel harkening back to the sexualized aesthetics of that era with lowrise denim, decreasing shame about cleavage, and form fitting dresses.

LaQuan Smith's woman isn't afraid to own her sexuality. She has an "if you've got it, flaunt it" attitude. While his aesthetic can be described as a bit over the top, it never comes off as gaudy once you see the pieces as the statement makers they really are. Some pieces were even literal statement makers, such as a giant fur bag emblazoned with the words "I'M MOVING OUT." His customer is the type of women not afraid to be sexy, independent, and could be less concerned with what you think about her. It's these aspects that help women sell a new kind of sexual revolution when it comes to fashion.

Then there was Chromat. Becca McCharen-Tran's size-inclusive, disability inclusive, trans-friendly, line which got extra sporty this season. The athleticwear collection chose to literally get physical at basement of FiDi Rise gym for a series of workout classes to present the collection with models getting sexy, sweaty, and baring skin all in the spirit of a good workout classes. Chromat sent the message that you don't need to be a size zero or look like a traditional model to feel good and sexy after your workout class, everyone is here to get healthy and look good.

New York's fashion designers are about to bring about another sexual revolution for the next decade of the 2000s. Prepare for higher skirts and get ready to love the skin you are in.