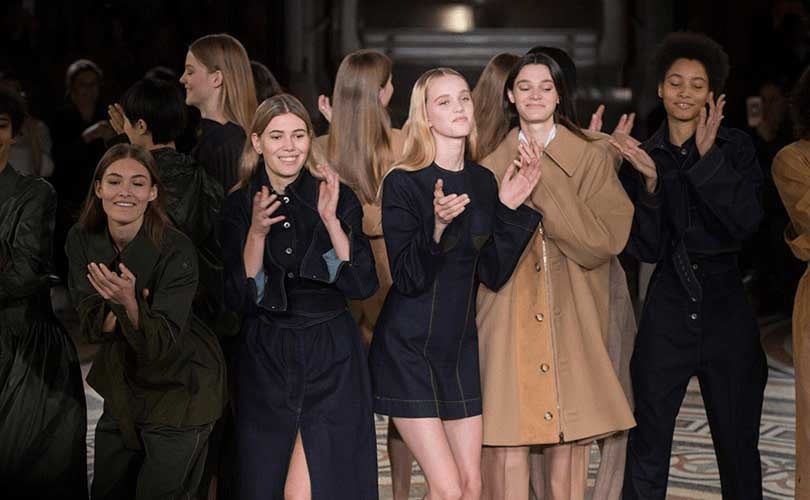 Fashion designer Stella McCartney claimed that fake leather was now as good as the real thing Monday as she charged into the animal cruelty debate that dogs the fashion industry. With fur making a comeback on Paris fashion week catwalks, the British designer known for her label's ethical principles showed coats and suits made with high quality synthetic suede and leather, which she dubbed "skin-free skin". As activists from animal rights group PETA protested at the Eiffel Tower against fashion's use of animal pelts, McCartney told reporters that imitation skins now "look so good" that they "genuinely pose a question to the industry about why anyone needs to use leather any more".

There is now nowhere to hide, she seemed to gently warning her peers. That did not stop the life-long vegetarian adopting lots of British hunting and shooting style in her show, including a green quilted coat and headscarf borrowed directly from Her Majesty the Queen. 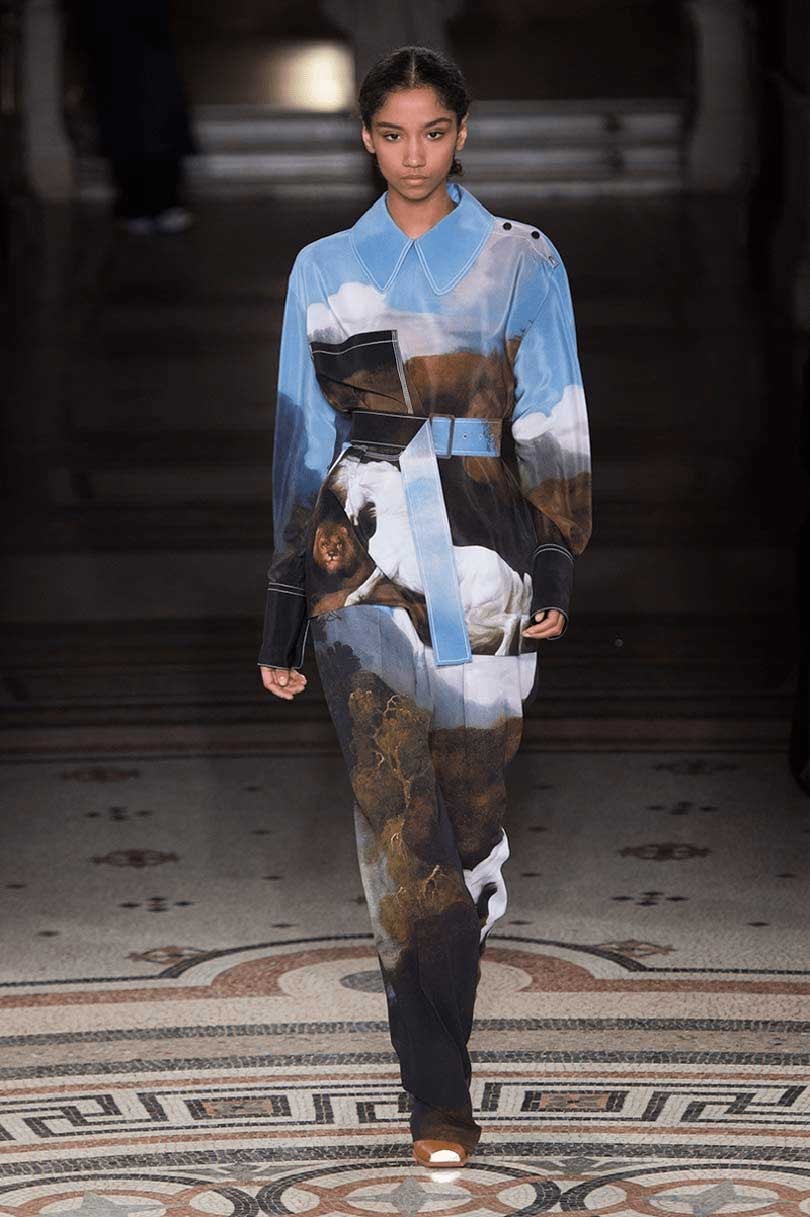 Horsey tweeds and high-waisted dressage suits were first out of the starting gate, with dresses and a top emblazoned with English equestrian artist George Stubb's masterpiece, "Horse Frightened by a Lion". McCartney gave fox hunting a wide berth, however, leaving the contested terrain of the countryside for the city with slickly cut grey suits and a series of outfits in chic sandy, biscuity browns.

The creator, the daughter of ex-Beatle Paul McCartney, had previously admitted that it was difficult to find substitutes for leather. But you would never know it from the string of faux leather trouser suits, jackets and coats that make up the core of her collection. 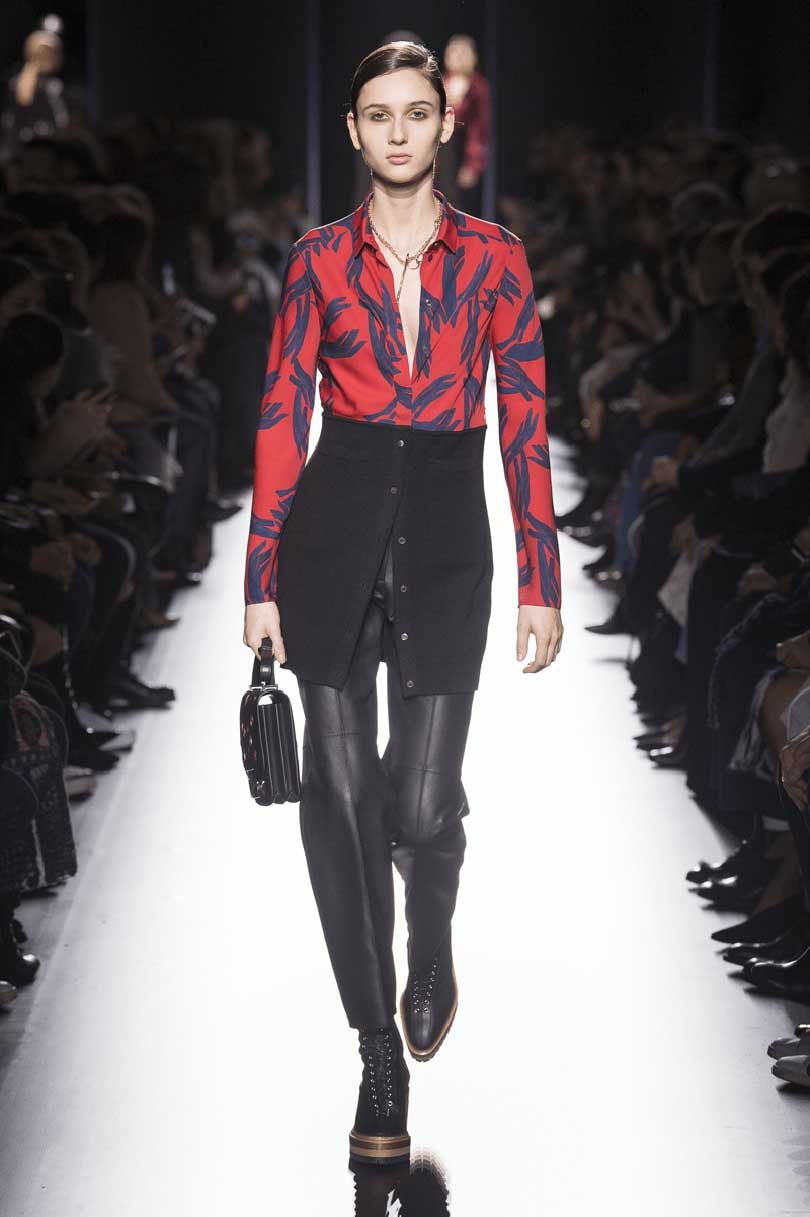 There was no question, however, of Hermes -- part of whose fortune rests on its Kelly and Birkin handbags -- giving up leather just yet. Its autumn-winter collection was, nevertheless, a lot more edgily interesting than observers have come to expect.

One of the opening wool coats was trimmed in red leather, and herds of cow hide followed in its faintly future gothic look that also had a definite air of the mountains about it. Designer Nadege Vanhee-Cybulski said she wanted to change the perception of Hermes "as stuffy or serious and just show a little bit more vibrations". 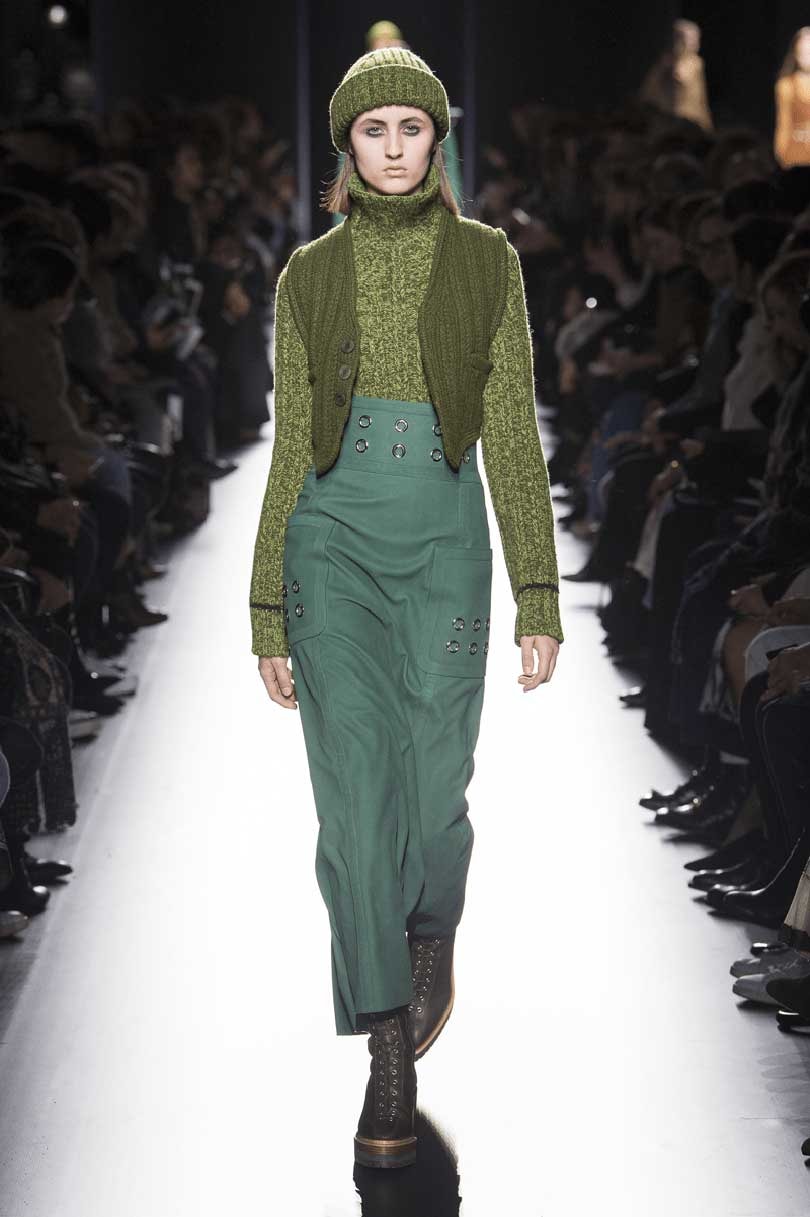