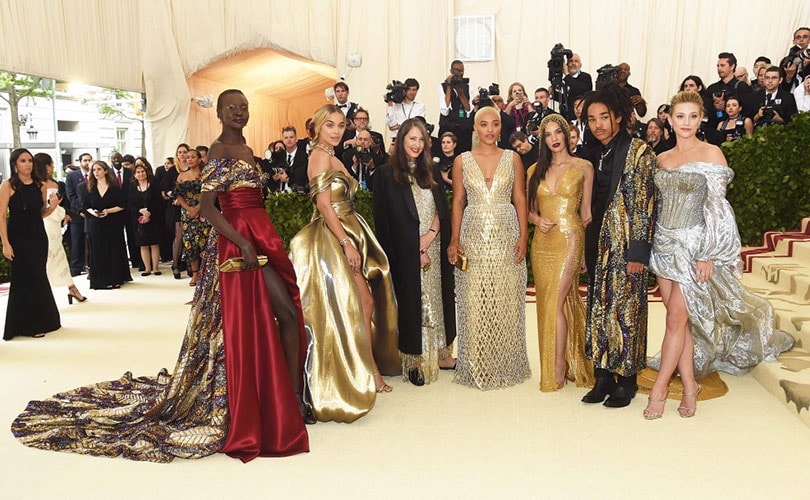 Getting paid to style pop stars on music video sets or pulling the latest designer gowns for actresses to dawn on the red carpet; this sounds like a dream job for any fashion aficionado, right? Traditionally, the responsibilities of a fashion stylist were more streamlined and boasted larger styling budgets from movie studios and editorial publications. Fast forward to the present, every “look” we see on celebrities from airport fashion to off-duty street style is micromanaged by a stylist and often on a tighter styling budget than before. Factors such as social media and the popularity of content streaming platforms are influencing the ever-changing role of a fashion stylist. FashionUnited takes a look into what the future career will look like as a fashion stylist.

Rise of the influencer stylist

Andy Warhol once said: “In the future, everyone will be world-famous for 15 minutes.” This has never been more true, especially in the world of fashion. The traditional path of a fashion stylist used to be assisting on photoshoots and editorial spreads to build your portfolio as an artist overtime. With the explosion of influencer marketing, anyone can become a style influencer overnight by garnering a huge following. Some of the most in demand fashion stylists working for A-list stars are Instagram style stars with a portfolio of raw selfies and vintage outfits instead of glossy editorial shoots. According to a recent article published by Vogue, “Perhaps that micromanaged, not-quite-genuine feeling has something to do with our interest in the complete opposite: fashion that’s less predictable, less deliberate, and maybe a little strange.”

Gone are the days when movie studios and fashion magazines offered huge budgets and a longer time frame for a styling project. Similarly to many professions affected by the rise of social media and content streaming platforms, fashion stylists are now expected to put together numerous “looks” on a smaller budget. Popular streaming services such as Netflix and Amazon Prime are promoting more content than ever, which has been influencing the way Hollywood studios organize their premieres. Instead of focusing on two or three looks for just the lead actors, fashion stylists now are responsible for the entire main casts’ premiere outfits and even off-duty outfits that will be captured by the paparazzi. Social media famous fashion models such as Gigi and Bella Hadid have a “look” styled for each and every daily task-whether it’s getting their morning coffee or stepping out of their hotel.

Stylists mostly work as freelancers which means it is hard to predict which projects they will secure each month. On the upside, social media has opened new doors for the stylists themselves to become influencers in their own right. High profile celebrities usually tag their glam squad on social media and this has led fashion stylists to become nano (less than 10,000 followers) and micro influencers (between 10,000-1000,000 followers). Such social media presence as a fashion stylist can lead to exclusive brand partnerships and sponsorships. Stylist to the stars (Katy Perry, Nicole Richie), Jamie Mizrahi, even ended up being appointed the creative director of Juicy Couture due to her celebrity clientele and following on social media.