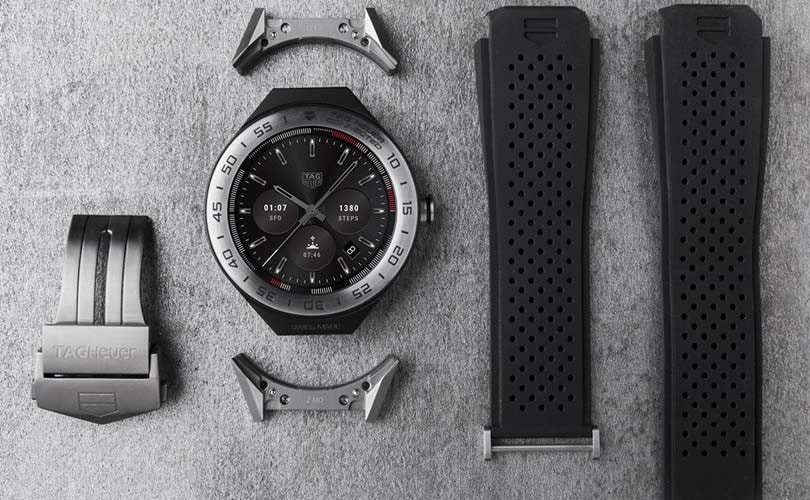 The new watch was a project between Tag Heuer and Intel, where Intel worked to build this watch similar to other mechanical watches, but with exacting standards on the internals. The modular part of the watch means that many aspects of it are customizable.

Different color options are available for the modules, horns, bracelets and buckles. According to Tag, there 500 different design combinations available.

The problem with technology is it eventually becomes obsolete, so, rather than leave their customers with dated technology, Tag will let owners of the watch swap out the module for something mechanical, or trade the entire thing in for a Heuer 02 Tourbillon Chronograph.

The watch is also compatible with Android Pay. It's good underwater until about 100 feet too.

“This is a Swiss watch which embodies the luxury codes of tomorrow, and which not only enables you to connect to the future, but also to connect to eternity thanks to its simple and smart modular design,” ceo and president of Tag’s LVMH Watch Division, Jean-Claude Biver said in a statement. “This innovative, unique and distinctive watch is at the forefront of the latest technologies available in Silicon Valley and, at the same time, a genuine Swiss watch, bearing the Swiss Made label. It is the incarnation of our leading position with luxury connected watch and with this high level of technology.”

At only 13.2 mm thick, the new Tag Heuer Connected Modular 45 is also smaller than many of the recent new smartwatches to hit the market.