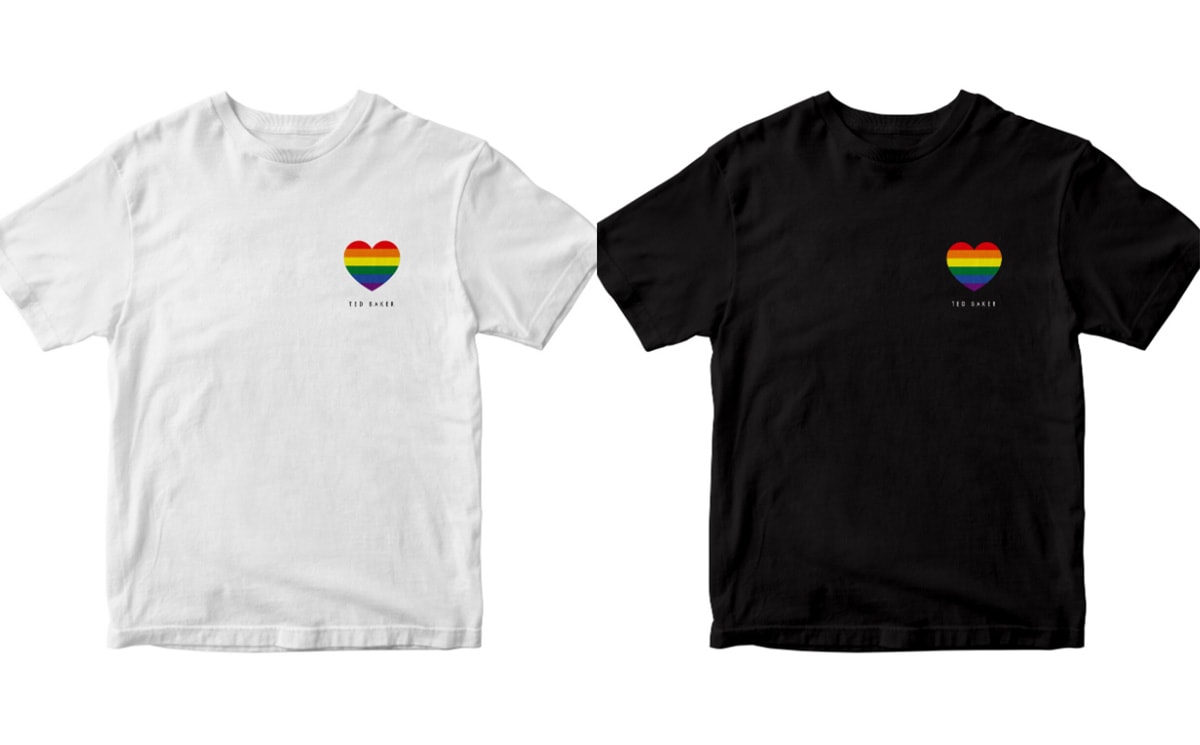 Ted Baker’s digital pop-up, Ted’s Bazaar is launching its second drop, giving 100 percent of profits to a charity in support of Pride Month.

The limit-edition collection, including unisex T-shirts and mugs, features Ted’s ‘Love Has No Label’ slogan.

The aim of ‘Ted’s Bazaar’ is to solely support community-based charities, with donations from the second drop going to Akt, previously Albert Kennedy Trust, to support young people in the LGBTQ+ community across the UK, especially those facing homelessness or living in a hostile environment.

Ted’s Bazaar launched in April 2020 with the aim of providing long-term support to our communities. The first merchandise drop contributed to local charities impacted by the coronavirus pandemic.

In addition, Ted Baker will be supporting Pride Month with a series of IGTV collaborations with LGBTQ+ activists and influencers.