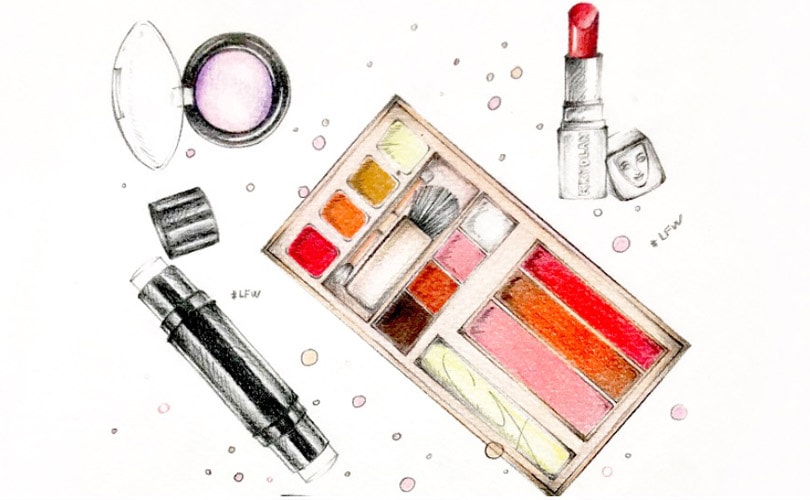 The Economy of Beauty at London Fashion Week AW18

London has been momentarily transformed into a living, breathing fashion parade as the Autumn/Winter 2018-2019 womenswear ready-to-wear catwalk season kicks off. Running until February 20th, 2018 the bi-annual fashion showcase hosts its 67th edition of London Fashion Week (LFW) as more than 5,000 guests from over 60 countries descend on the home of the Big Ben for a city-wide celebration of fashion and beauty. 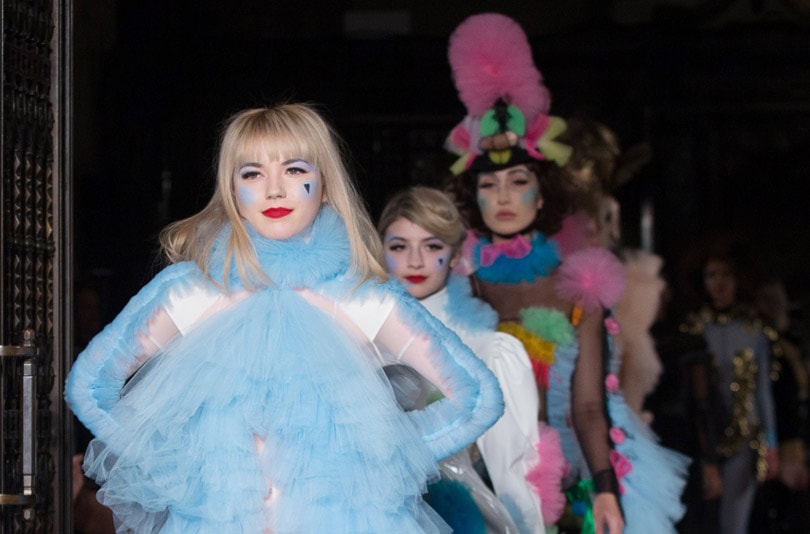 With 47 catwalk shows, 28 presentations and 72 events taking place on schedule, as well numerous events running off schedule, leading cosmetics brands and hair brands from around the world come together to provide fashion house and designers with key beauty and hair looks to complement their collections. Each season, London Fashion Week welcomes an army of makeup and hair artists, who work tirelessly around the clock to create the boldest, vivid and striking looks to complement the designers' vision. As these makeup and hair artists are set to develop some of the leading trends for the next season they work with the best brands, such as Mac Cosmetics, Pat McGrath, Toni & Guy, Bumble and bumble and Charlotte Tilbury.

Beauty and hair companies first started to become more present at the international fashion weeks in the middle of the 1990s, as more and more make-up artists began to build their own brands. For example, Bobbi Brown launched Bobbi Brown Essentials in 1991, Laura Mercier released Laura Mercier Cosmetics in 1996 and Kevyn Aucoin debuted Kevyn Aucoin Beauty in 2001, as established make-up artists craved a name for themselves. François Nars, the founder of iconic beauty label Nars, used his relationships with designers such as Azzedine Alaïa, Anna Sui, and Karl Lagerfeld to create a presence at fashion week prior to the launch of his debut range of 12 lipsticks under the names Nars in 1994. Since then, cosmetics brands and fashion companies have continued to work closely side by side, inspiring each other. 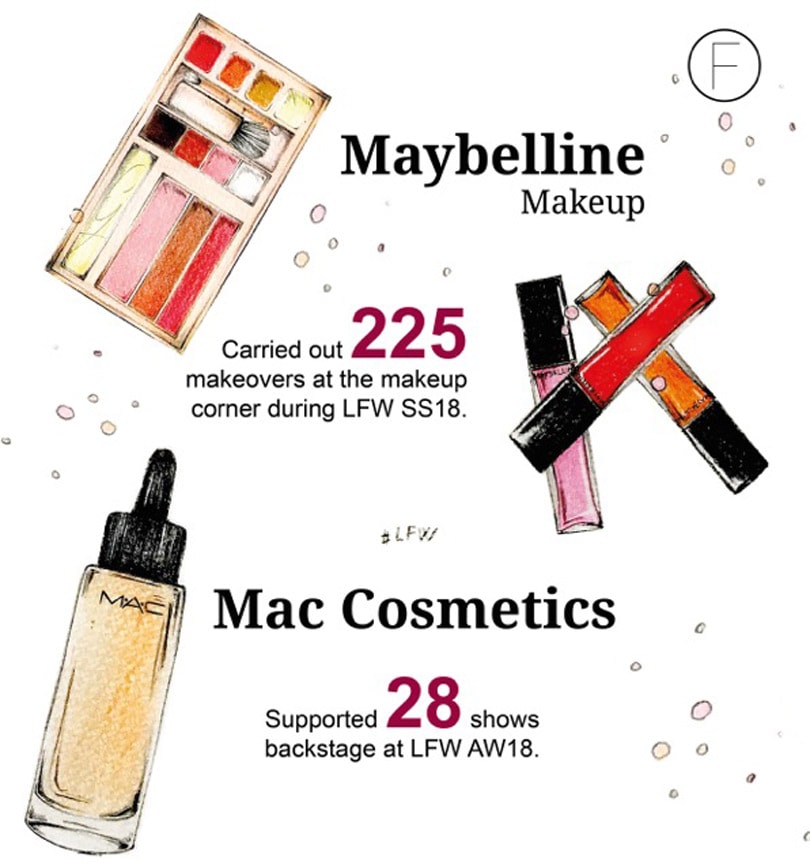 Toni & Guy and Maybelline New York are the official beauty and hair sponsors of London Fashion Week this season, while Kryolan, leading German makeup brand, together with Toni & Guy are the make-up and hair sponsors of Fashion Scout at LFW. The haircare label has been an official sponsor of London Fashion Week for more than a decade, marking its 28th season of sponsorship for AW18. Over the years, Toni & Guy has consistently deployed a team consisting of the best global talent to create the hair for designer catwalk shows and presentations. For Autumn/Winter 18, Toni & Guy created hair for 13 shows, working with Paul Costelloe, Tata Naka, Pam Hogg and House of Holland, as well as a number of emerging designers, like Claire Tagg, Cassey Gan, Starsica and Apu Jan at Fashion Scout. In addition to offering backstage support, Toni & Guy also provide label.m professional haircare goody bags for key designers, which included its dry shampoo, hairspray and volume mousse. Last season, Spring/Summer 2018 saw Toni & Guy use 3,571 units of label.m products backstage across a total of 40 shows. 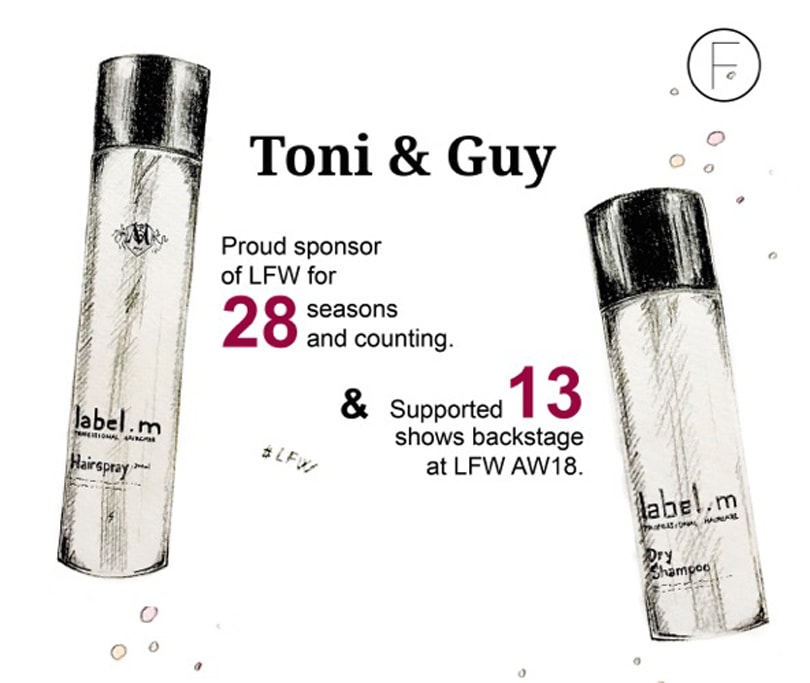 Maybelline New York was first named London Fashion Week official beauty sponsor in July 2014 for Spring/Summer 2015, taking the gauntlet over from leading cosmetics brand MAC Cosmetics. Over the years the cosmetic brand has used London Fashion Week as a platform to create new interactive and fashion-driven experiences for designers, industry influencers and press alike. In the past, Maybelline partnered up with the BFC to launch a multimedia campaign in honor of London Fashion Week's AW16, which saw the cosmetic brand stream six full fashion shows, from the likes of Fyodor Golan, Temperley London and Xiao Li on all of its social media channels - including Youtube. The shows were also streamed on massive billboards across the country through the Outdoor campaign. Maybelline also hosted an on-site makeup corner at LFW's central hub, 180 Strand, conducting 225 makeovers for guests last season.However, Maybelline has taken a step back from its activities at London Fashion Week for AW18, and decided not to sponsor any fashion shows or make-over counters, according to a spokesperson for the brand. Although Maybelline New York remains an official sponsor of London Fashion Week, its decision to step back from the event for AW18 could be linked to monetary issues, as brands are expected to provide the looks and make-up used backstage pro-bono in many cases.

However, even though it remains difficult to measure the value of fashion week beauty partnerships, cosmetic brands see more than just financial gain when sponsoring a fashion week show. “At MAC we use the backstage as a road test for many of our new products to ensure relevance in terms of texture, color pay off and wearability," reveals Terry Barber, Director of Makeup Artistry at MAC Cosmetics to FashionUnited. MAC Cosmetics may not be an official London Fashion Week sponsor anymore, but the color cosmetics brand provided backstage looks to 28 shows this season at London Fashion Week, including the likes of Gareth Pugh, Halpern, and Lulu Guinness. "MAC has always worked in a similar way to a fashion brand in that it has a constantly evolving approach to colors, tones, and finishes, which parallels the way that women continually develop their own style in real life." Barber, who is seen as one of the most dedicated and experimental make-up artists, found that some of the most requested products for fashion week shows include near-to-real foundations, highly pigmented lip color, and any products which leave the wearer with a "futuristic shine." 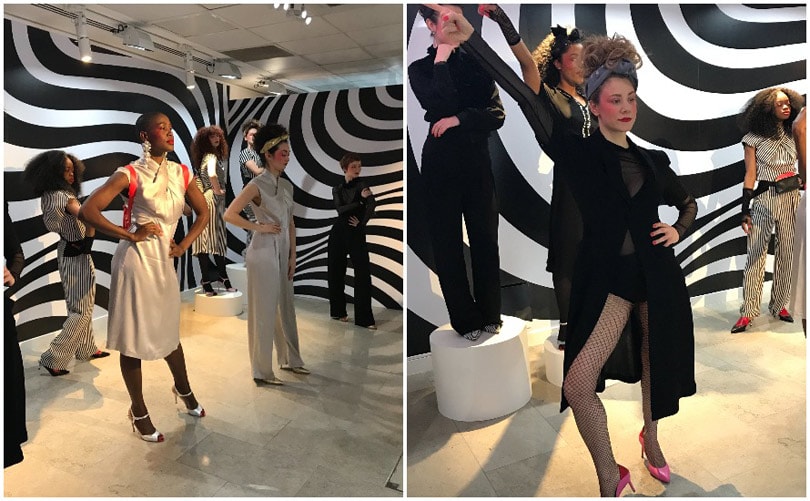 Another reason why cosmetics brands sponsor fashion week shows is to help build their authority and reputation in the beauty market. By working with and creating looks for established designers, make-up brands can are able to solidify their reputations, while testing new products as well as looks. World-renowned make-up artist Pat McGrath launched her own cosmetics brand in 2015 and thanks to her international presence at fashion week has managed to build one of the most sought-after cosmetics brands. Her Skin Fetish 003 highlighter, which debut in spring 2016, sold out in minutes before promptly crashing her website. The rise of social media has also helped her color cosmetics brand grow. McGrath, who has more than 1.8 million followers on Instagram, saw one of her most recent fashion week posts, featuring a glam-Mod look for her Anna Sui show in New York, garner over 212,000 views. 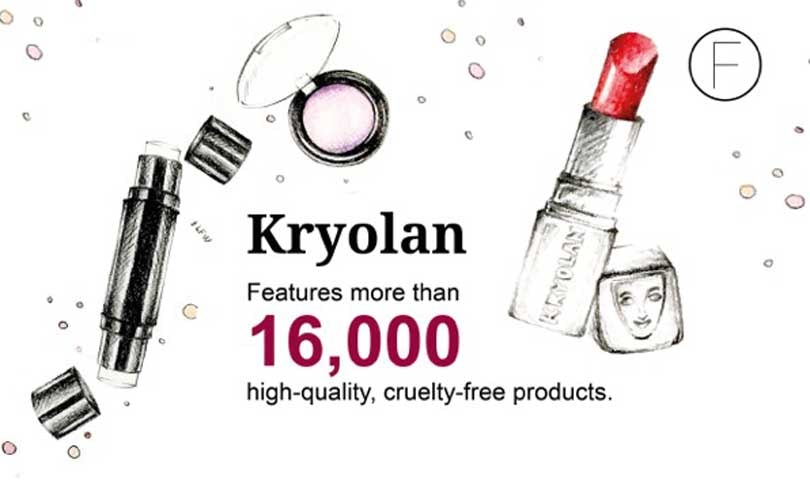 In addition, for mass-market beauty brands, like Maybelline which sell beauty products that usually cannot be tested beforehand, seeing what new products look like backstage during fashion week and how they wear can help build consumer confidence and a sense of authenticity. This also works for higher-end cosmetics brands, looking to create a buzz for new product drops. McGrath revealed she used her new '’MTHRSHP" palettes to create her edgy 60s make up for Anna Sui following the launch announcement while fellow make-up artist Charlotte Tilbury used her newest product, 'Hollywood Flawless Filter' backstage at Temperley London during London Fashion Week to create the eternal show look. A pearly base and highlighter in one, the new product Vick-named as 'J-Lo' in a bottle, the product has been hyped by the likes of Elle, Refinery29, and Cosmpolitian ahead of its official launch on February 22.

Fashion week partnerships can also expand beyond backstage beauty looks into full-fledged product lines. Whereas MAC Cosmetics previously launched collections with designers such as Prabal Gurung and Charlotte Olympia, this London Fashion Week saw Erdem team up Nars to create his debut makeup collection. Entitled Nars for Erdem, the makeup collaboration stems from their long-standing relationship, as Erdem Moralioglu has worked with the cosmetics brand backstage over the last five years. The collection, which was used to create the soft yet striking looks at London Fashion Week includes six lipsticks, a highlight pen and a palette of lip powders and is set to launch exclusively at Selfridges on April 15 ahead of the nationwide launch on May 1, 2018. Similar to Erdem previous designer collaboration with high street staple H&M, the collection launch is a way to ensure the makeup looks seen on the catwalk are made accessible to consumers. Considering how well Erdem's collection with H&M sold through, it is likely that his tie-up with Nars will be as big of a hit.