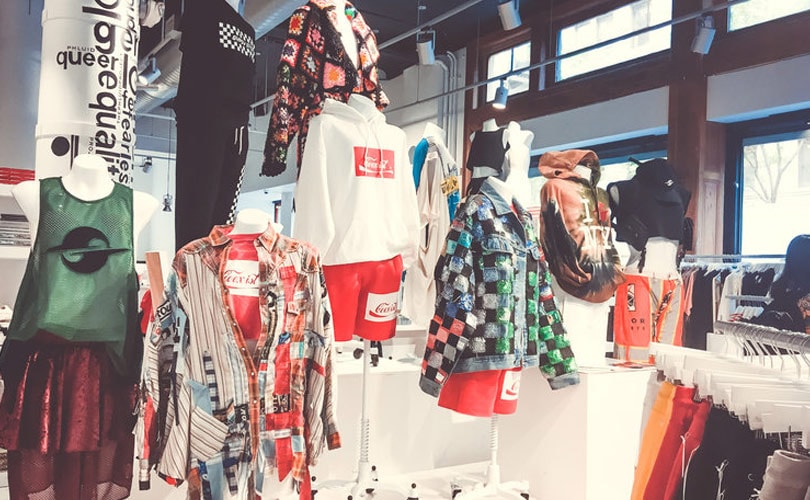 The future of gender non-conforming fashion

Before we even possess the vocabulary to articulate our identity, fashion often steps in to help perform that function for us. Fashion can give us a sense of place and belonging and community, allowing us to try on different versions of ourself before we finally commit and embrace our true style. Gender fluid, non-conforming, non-binary, co-ed, androgynous, these are some of the terms currently energizing the fashion industry as it embraces this not-exactly-new but previously underserved consumer now looking to fashion for self-expression.

This dynamic formed the basis for an animated panel discussion organized by the Hetrick-Martin Institute, the nation’s oldest and largest organization helping LGBTQ youth. As it turns out it was an evening of firsts as the event was hosted by Phluid, the world’s first gender-free store which is celebrating its first anniversary, located in Manhattan’s Soho, and the event was the first 2019 panel of HMI’s quarterly series which aims to bring together thought leaders, activists and celebrities, to participate in essential LGBTQ-focused dialogue. On the panel were Anita Dolce Vita, publisher and creative director of dapperQ; Henry Bae, founder of shoe company, SYRO; Rae Angelo Tutera, advocate and partner at Bindle and Keep custom tailors; and Kris Harrington, founder of Kris Harring, and moderating the conversation, Alex Berg, correspondent and producer, formerly of Buzzfeed. FashionUnited gathered seven essential takeaways from the evening which will continue to fuel conversation around the gender non-conforming retail experience.

How mainstream brands get it wrong

As brands embrace the gender fluid movement and adopt more inclusive fashion, questions arise about retailers’ motivations. Mainstream brands get it wrong when it comes to making enquiries of the community along the lines of “how to do gender non-conforming right,” says Tutera. Approaching from a binary perspective raises immediate skepticism that the movement is being “co-opted” and “misinterpreted” by brands hoping to cash in. Tutera says, “They’re doing an impression of representing our values.” Note to brand representatives: asking for suggestions on how to best place your product or how to expand your market might not communicate allyship but rather that you consider gender non-conforming fashion a trend rather an authentic experience. 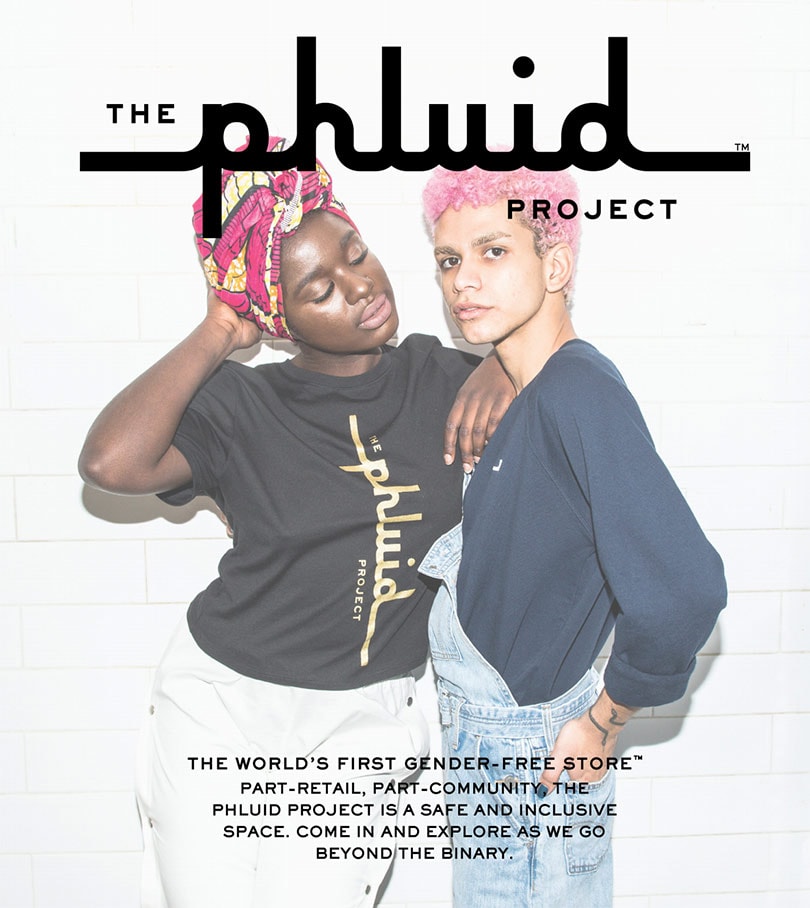 Unanimous support for Billy Porter on the Oscars red carpet suggests that it was the defining moment for gender non-conforming fashion to date, and one from which there is no going back. “What a stage,” says Bae. “I’ve been waiting for that moment all my life.” Rae: “I saw that photo and I thought ‘I’m done, I don’t need to see anything else.’”

While finding the types of clothing that make one feel comfortable in one’s own skin is to some extent part of everyone’s personal story, shoes are a different matter for gender non-conforming consumers with large feet and an even larger craving for style. While attractive shoes seemed to be everywhere when Bae was growing up, he felt excluded from the fun, and recalls the only footwear options available were performance and stage shoes or high-end custom designer shoes. So he was forced to create his own, for him and his friends, which was how SYRO was born. “It’s a little geeky how I talk about shoes,” he says. “But shoes really need to function, heels specifically. Are they even comfortable? Should they be? Style is important, and the way you want to feel, and the look you want to have, and all of that, but what about functionality? People are more forgiving if a beautiful coat doesn’t protect you from the cold, but if shoes aren’t comfortable, we won’t wear them.”

Dolce Vita says the biggest shift during the 10 years since Dapper Q was founded has been that the conflation between gender presentation and sexual orientation has disappeared. The spectrum of gender non-conformism offers much more than just people who were assigned female at birth wearing male attire and those who were assigned male at birth wearing female clothing. Masculine presentation was the gold standard for gender non-conforming fashion until very recently, and dominated our runways, again a view from a binary perspective which meant that men in women’s clothing was less acceptable. 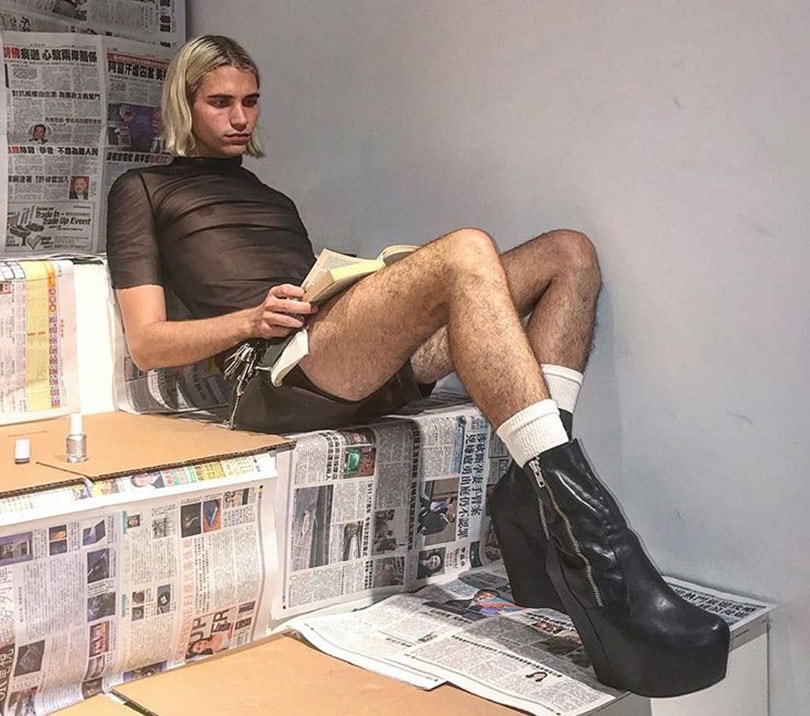 “The whole experience of shopping for clothes should be more accessible, “ says Tutera, whose tailoring has been featured in HBO documentary Suited and who believes it shouldn’t be necessary to go to stuffy old custom clothing environments to find what you need. At Bindle and Keep Tutera has been making clothes for all genders and all bodies for 6 years, because their suits have nothing to do with conventional sizing or media-approved body types––standards which oppress all consumers, not only the gender non-conforming.

Gender non-conformism is currently treated as both a trend that brands are desperate to hop onto, and with dismissal, as something that will pass. To illustrate this, Dolce Vita who has organized the world’s biggest LGBTQ fashion show at the Brooklyn museum since 2013 describes the difficulty in getting mainstream media to continue to cover the event, which every year has different models, different designers, with the same enthusiasm as they did in its early days. “Yet they cover all the other designers twice a year, in New York, in Paris, in Italy, and can’t come once a year to cover the show in Brooklyn.” Members of the community infiltrating mainstream media outlets has helped. “The idea that body positivity can be somehow niche, or that it will pass, is preposterous to me,” says Tutera, who believes the market should be people-oriented which will then be good for business. “It’s not about serving trends but serving people.” Adds Harrington, “Gen Z is coming. 13-20 year olds are already shopping and the industry is not paying attention. It is reacting rather than being pro-active.”

Can gender non-conforming fashion be sustainable?

While small businesses are already vulnerable in today’s market, with gender non-conforming brands perhaps the most nascent of all, adding to their challenges can risk putting them out of business completely. However the question of whether sustainability can be part of their brand identity is a legitimate one. Is there a values clash between providing clothing that addresses a consumer in need and creating sustainable products for a planet in crisis?

“I feel there is such a strong desire for the products I make,” says Bae, “and this is something I think about a lot as my products are not all eco-friendly. But it’s so much to ask for me, a queer small-business owner, that my styles are not only gender non-conforming, boundary-breaking, but also good for the environment. Mainstream fashion could lead the way in that area. My carbon footprint is a footprint but it’s smaller than yours.”