Dressing a celebrity for the Met Gala, the annual fundraiser for the Costume Institute of the Metropolitan Museum of Art in New York, always means increased media exposure for a brand. However, some outfits generate more buzz than others, leading some brands to get more return on their Met Gala investment.

Data analytics firm Launchmetrics has scanned both traditional news outlets and social media to determine which brands and celebrities have benefited the most from the event held on May 6 with the theme “Camp: Notes on Fashion”. Launchmetrics uses an exclusive metric named ‘Media Impact Value’ which converts exposure into currency. 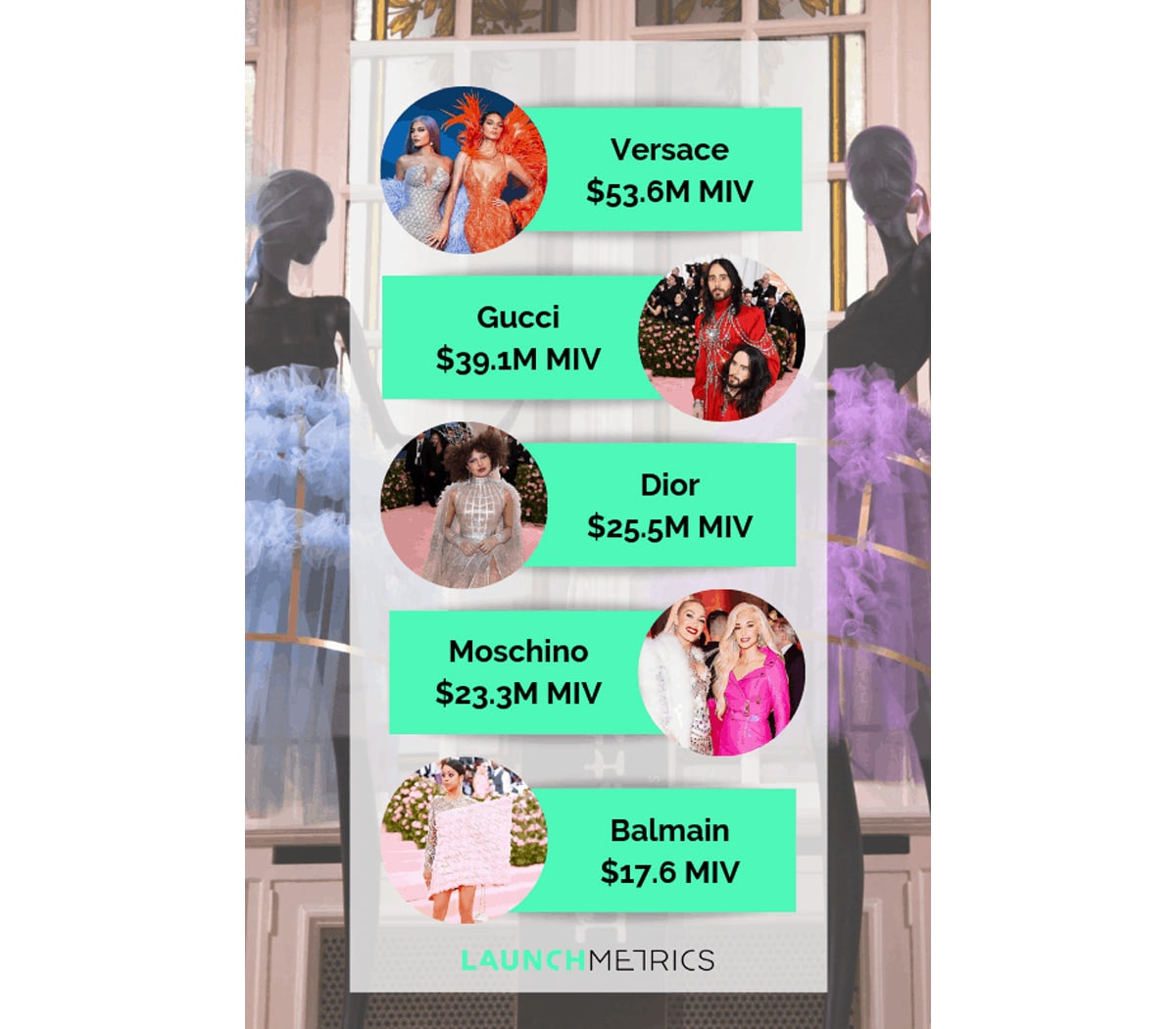 Versace was the most talked about brand at this year’s Met Gala, having generated over 53 million US dollars in Media Impact Value. The Italian label recently acquired by Capri Holdings Limited (former Michael Kors Limited) dressed a total of eight celebrities in the event, including Kylie and Kendall Jenner, Lupita Nyong’o, Jennifer Lopez and Serena Williams. But it didn’t rely on the celebrities’ popularity alone. Versace got extra exposure by posting behind the scenes videos on its social media which depicted how the outfits were made. Thousands of people shared the content.

Inspired by a heritage plastic Versace dress, the fire-orange tone gown worn to the #MetGala by @kendalljenner features delicate crystals and extravagant feathers, all meticulously applied to the tulle base by hand at the Versace atelier. #KendallJenner #MetCamp #VersaceCelebrities #AtelierVersace

Versace is followed by Gucci, which was expected to get a lot of exposure from the event as its creative director, Alessandro Michele, was one of this year’s hosts alongside Lady Gaga, Serena Williams and Harry Styles. Gucci dressed several celebrities, including Styles, Florence Welch, Ashley Graham, Dapper Dan, Karlie Kloss and Saoirse Ronan. However, the Gucci outfit which got the most attention was Jared Leto’s. The actor carried a replica of his own head, inspired by Gucci’s AW18 collection. 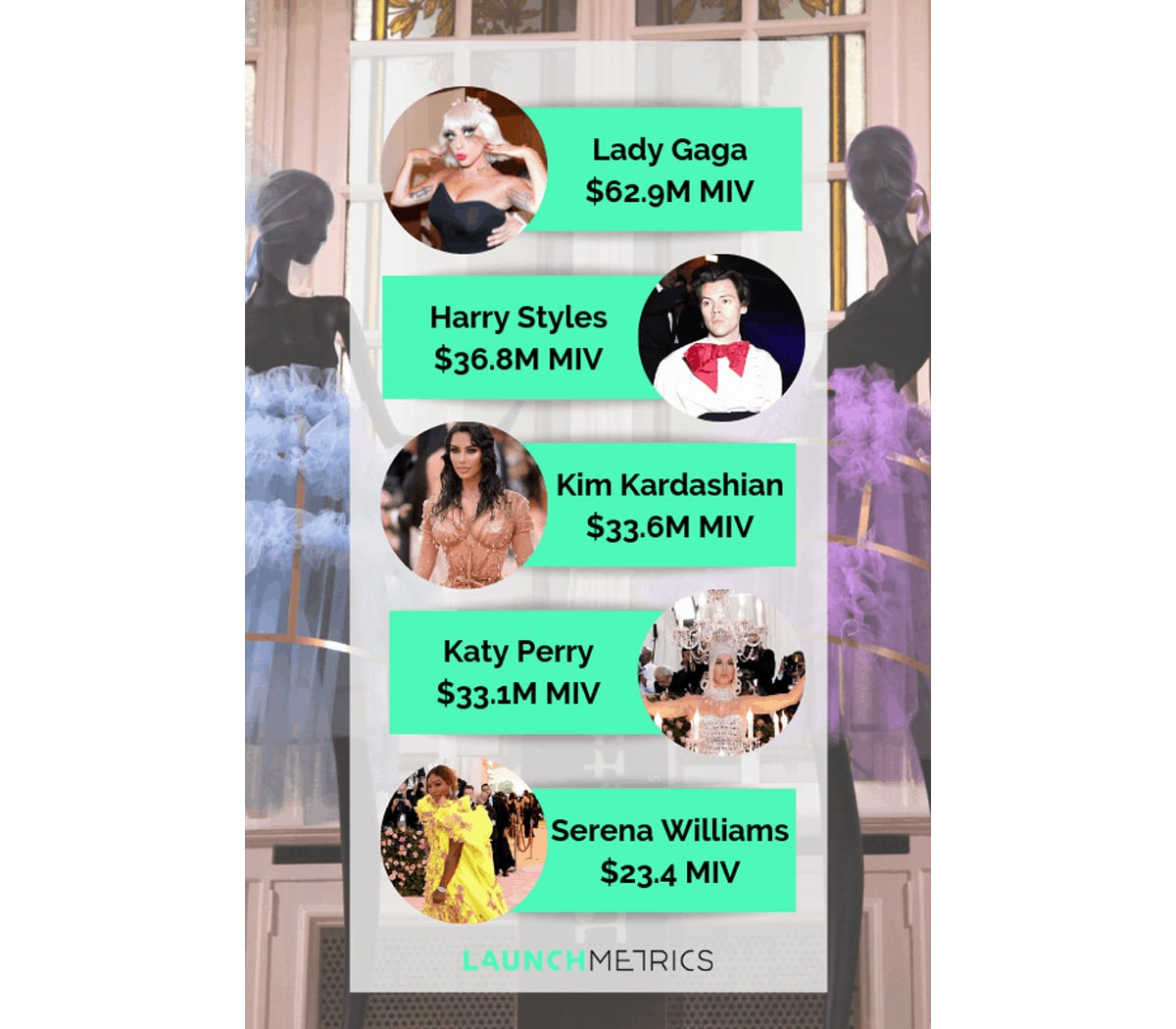 As for the celebrities who generated the most buzz at the Met Gala, Lady Gaga reigns supreme. She topped the other guests by a landslide, with a total Media Impact Value of 62.9 million US dollars, thanks to her four outfits by Brandon Maxwell. She is followed by Harry Styles, whose lace outfit disappointed many as they deemed it not 'camp' enough. Kim Kardashian took Thierry Mugler out of retirement by wearing a dress that looked dripping wet. Katy Perry and Serena Williams close the list at the fourth and fifth spots, respectively, thanks to the memes their outfits generated on social media. Perry was dressed as a literal chandelier while Williams' dress drove comparisons to Rihanna and... an omelet. Food comparisons aside, those two celebrities got exactly what they wanted: lots and lots of media exposure. Isn’t that what camp is all about?