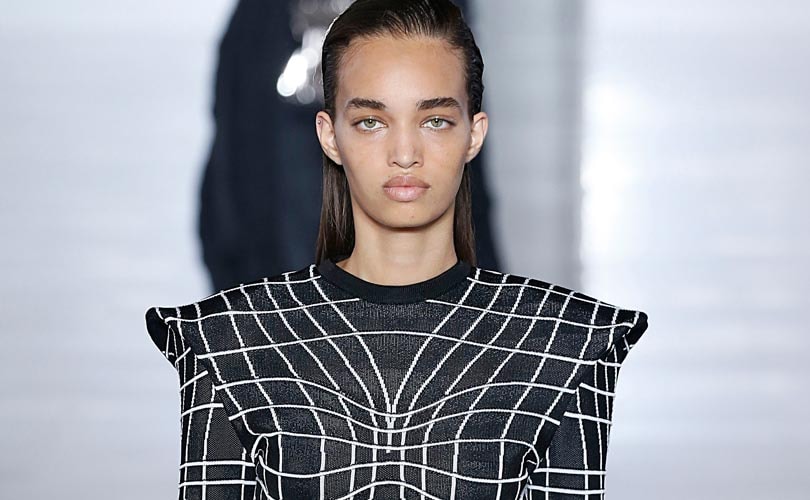 Thierry Mugler accuses Balmain of copying his designs at PFW

Retired from the runways since 2011, French designer Thierry Mugler took to Instagram to accuse Balmain’s Olivier Rousteing of plagiarism. Using the app’s ‘Stories’ feature, Mugler compared several pieces from Balmain’s Spring/Summer 2019, showcased last week at Paris Fashion Week, to his own designs from 1979, 1991, 1998 and 1990. Captions read “probably a tribute?”, “Seriously?”, “Really?” and “No comment”. 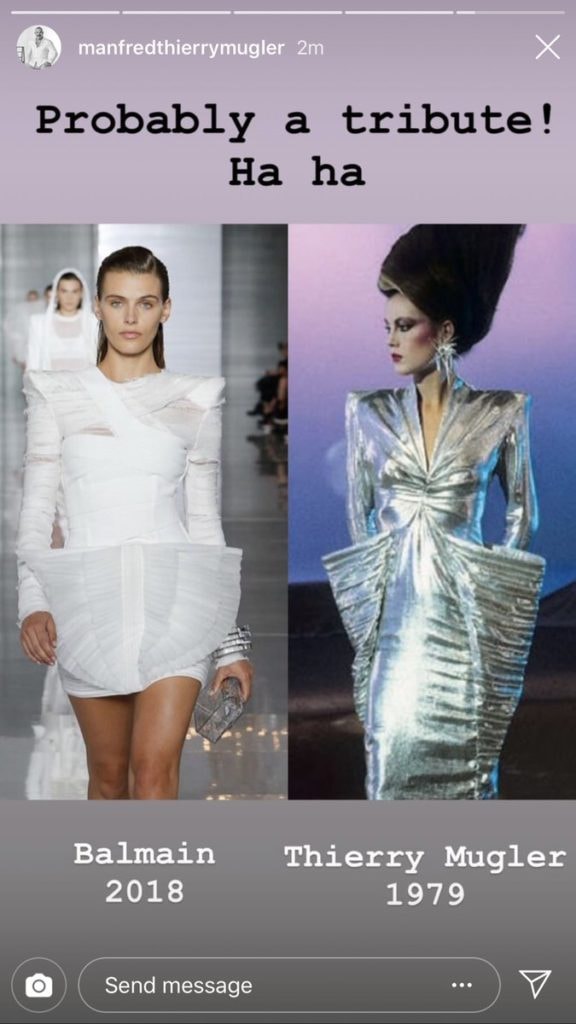 The images were quickly shared by thousands of social media users, who were quick to note that Balmain’s description of the collection, sent to the press after the fashion show, did not mention a tribute to Mugler. 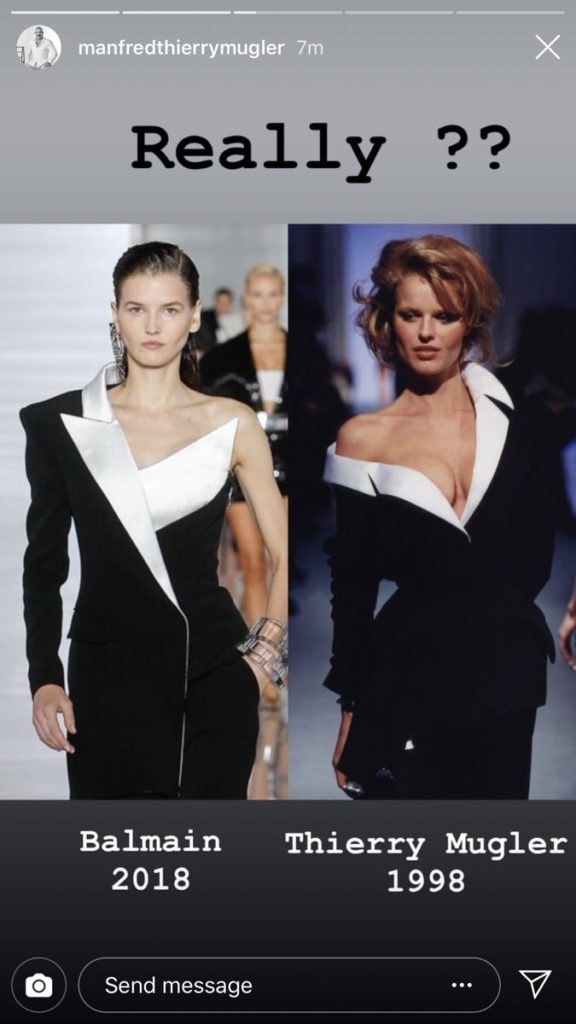 This is not the first time Rousteing is accused of copying other designers. Many fashionistas have pointed out the staggering similarity between the white suit from his Spring/Summer 2015 collection and the one from Givenchy’s Spring/Summer 1997 show. 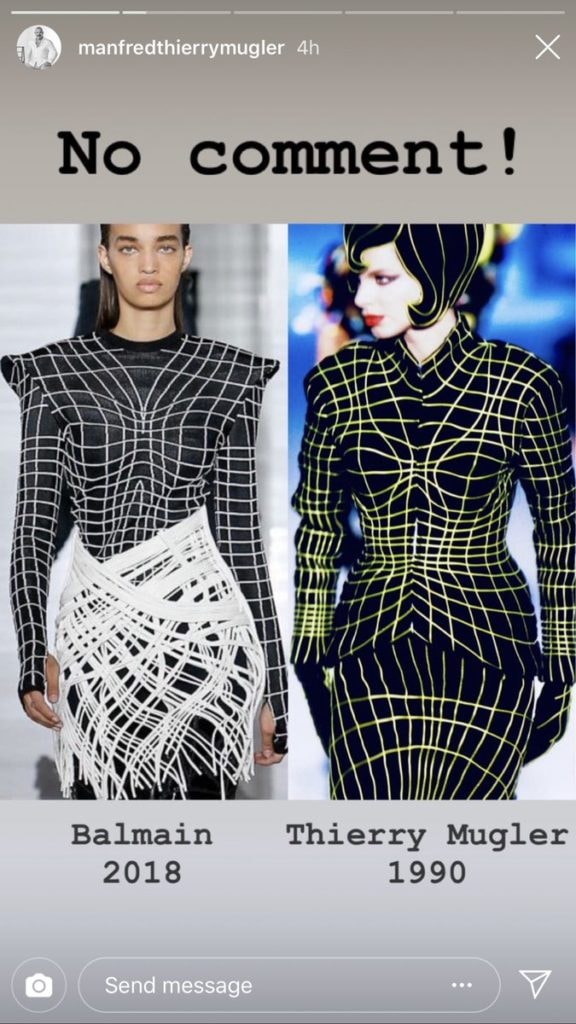 Balmain has not yet commented on Mugler’s statements.