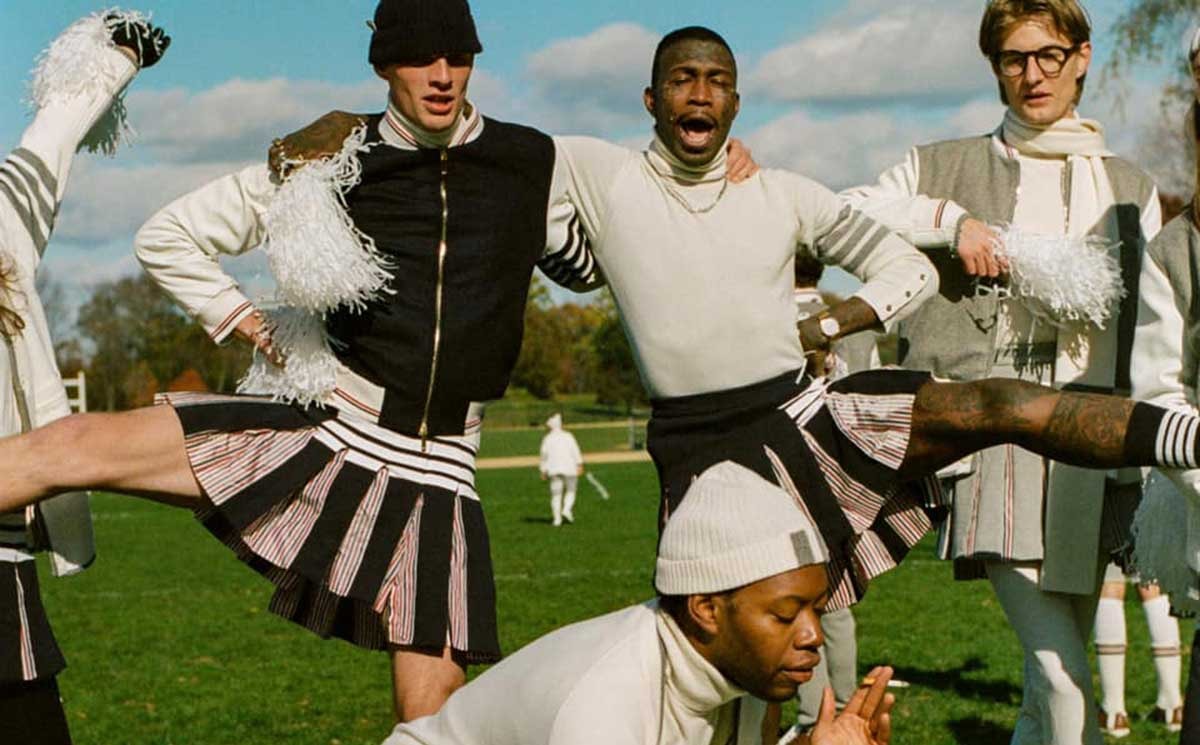 Fashion designer Thom Browne took to Instagram to tease his new collaboration with Samsung. The post featured a set of black window blinds with both Samsung and Thom Browne's name branded on them. The rumor mill says that a new Samsung Galaxy Thom Brown branded phone is on the way.

Browne is expected to have an event during New York Fashion Week to celebrate the collaboration. The event is expected to quite theatrical, as Thom Browne is known for bringing the drama to his runway shows and parties.

In addition to his collaboration with Samsung, Browne is taking his show co-ed beginning this upcoming Paris Fashion Week with a show on March 1. Although Browne has not shown his collections in New York for several seasons, he still has quite a following in New York from Bergdorf Goodman shoppers to those who shop his store on Hudson Street.