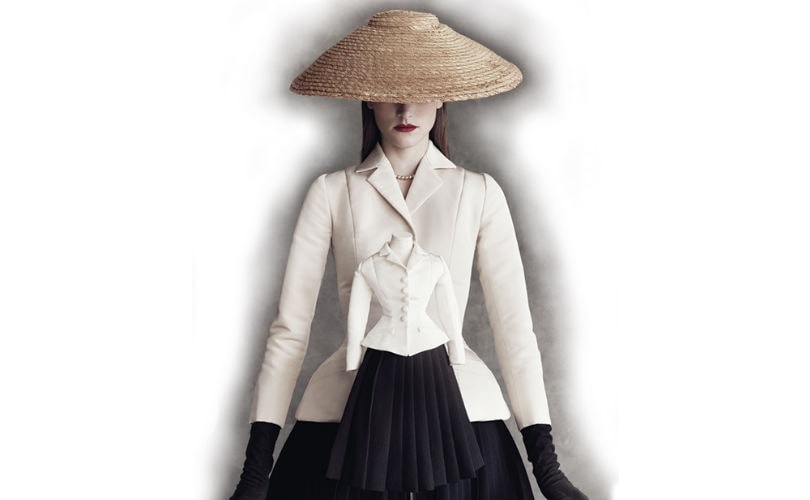 On the occasion of the 70th Anniversary of the Fashion House, founded in 1947, Dior has entrusted seven works to seven fashion designers who had a part in constructing its history: Christian Dior, Yves Saint Laurent, Marc Bohan, Gianfranco Ferré, John Galliano, Raf Simons and Maria Grazia Chiuri. Each work explores the world and creations of the artistic directors who made their mark on the House. It provides the opportunity for FashionUnited to take a look back and retrace the history of Dior.

Christian Dior is not only a giant of modern fashion but has an incredibly rich history. From its beginnings in Paris to its progressive expansion on a world scale, the brand has continued to innovate. At Dior, innovation is introduced each season. Since the first show on 12 February 1947, baptised as “the New Look”, the House has continued to impose its vision through elegant, architectural and endlessly feminine lines.

For the occasion, the House of Dior has also announced the release of a Dior book by Mats Gustafson, published by the publishers Rizzoli Editions. This book shows the work of the Swedish artist who has re-interpreted, according to the fashion shows, the haute couture and ready-to-wear collections for Dior magazine.

Click on the arrows to navigate in the timeline.