Many in the industry are becoming aghast with fast-fashion. While there is plenty of talk regarding sustainability in the industry, only a few brands will actually put their money where their mouth is. Tom Cridland is one of those companies as they have launched Half Century Jeans under Deborah Marx, the managing director of Tom Cridland.

Tom Cridland is the company who originally became best known for their thirty year sweatshirt, as they expanded into other categories, denim was a logical step. Thus, Half Century Jean were born. The jeans are built from a special hybrid of materials including Japanese selvedge denim sourced from Okayama, along with ultra durable Spectra fibres which are 15 times stronger than cable steel.

The jeans, as their name denotes, have a lifespan of 50 years, and should anything happen to them, repairs and replacements are free of charge. For customers who tend to like to replace their clothes frequently, they are encouraged to donate to a charity shop or give them back to the company so they can be recycled and turned into new jeans.

"We’re not claiming to reinvent the wheel," said Marx to FashionUnited. "People have kept clothing and valued it for a very long time throughout history. Now we have “micro seasons” where people are developing clothing every single week. It’s all a bit ludicrous to keep up and not very sustainable, and a bad supply chain model."

Half Century Jeans subscribes to the philosophy that as consumers, we need to buy less and buy better, and to stop subscribing to the “fast-fashion” mentality that has become so prevalent, and has made fashion the world's second most polluting industry.

"There’s two sides to it, the production and the mentality," Marx said to FashionUnited. "Half Century Jeans is a change in mentality because a lot of talk around fast-fashion can be quite grim like 'the planet can explode, we’re all going to die.' We add a fun element to an idea. Obviously, with all this social media, people are posting new clothes the whole time and trends are constantly changing. We aren’t saying you shouldn’t go out and buy a nice floral print from time to time, but wardrobe staples should be valued and kept. You see people go out and buy the same white t-shirt every single year. With us, once you buy something you have something for decades."

While many might wonder how this company manages to stay in business with product lasting so long and people not needing to buy more, Marx says they actually have a lot of repeat business. Customers will shop yearly for a new color or cut they find on the brand's website. 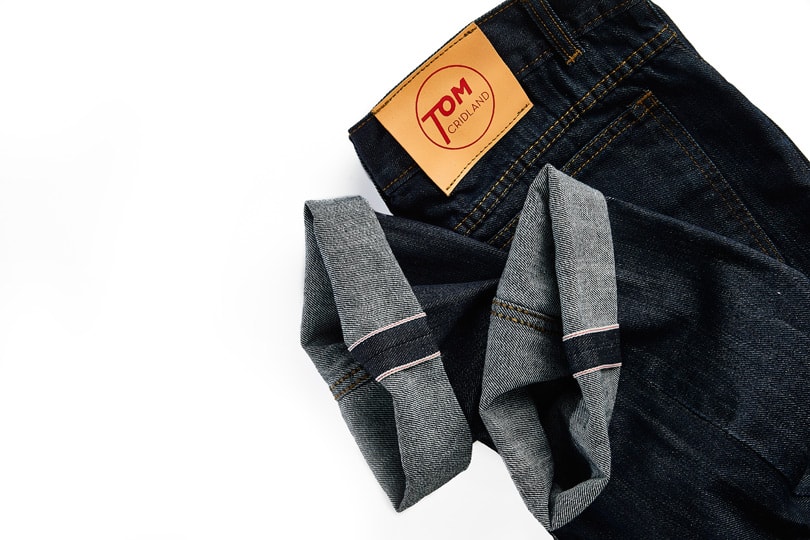 Currently, Half Century Jeans is strictly e-commerce, but luckily, they are completely global, shipping everywhere in the world. The U.K. and U.S. are their top two markets right now. A year ago, Marx did a two month road trip throughout the U.S. starting in Boston and ending in Los Angeles. She told FashionUnited what she discovered is that, "This a global concept. It’s not limited to a certain geographic at all. We’ve had a lot of enthusiasm in the U.S. It’s not a seasonal business either. We don’t like to appeal to trends. People do buy our clothes year round. Some of our most loyal customers are in Australia."

Other international markets where Half Century Jeans are going strong include Germany, Singapore and Mexico. While the company has considered doing wholesale at points, Marx says they love the direct-to-consumer model. Her and Cridland handle everything from customer service to public relations. They do have a small logistics team that helps handle the orders, but the other day-to-day operations are just Marx and Cridland.

According to Marx, being so hands on with everything has been great for feedback. They hear directly from their customers and can find out what people like and what people want.

One of the advantages of selling wardrobe staples is that people know what size they are, and if a size doesn't work it can be exchanged easily for a smaller or larger one.

The brand's suppliers come from Italy and Portugal, as Cridland is half Portuguese and Marx is half Italian, so they thought it fitting to bring it back to their roots for their supply chain. Marx says the fact that their suppliers are all in Europe makes them easy to visit. They are able to meet with them to come up with the samples, find the products they like, explain the specifications and what they want the product to do. "It makes a huge difference. Most people don't even bother meeting their suppliers," Marx said to FashionUnited.

Although the company's primary focus right now is their Half Century Jeans, they plan to focus more on womenswear next, even though they stress that many of their items are unisex. The plan is to introduce as many wardrobe staples as possible to both men and women to provide more options.

photos: Courtesy of the brand