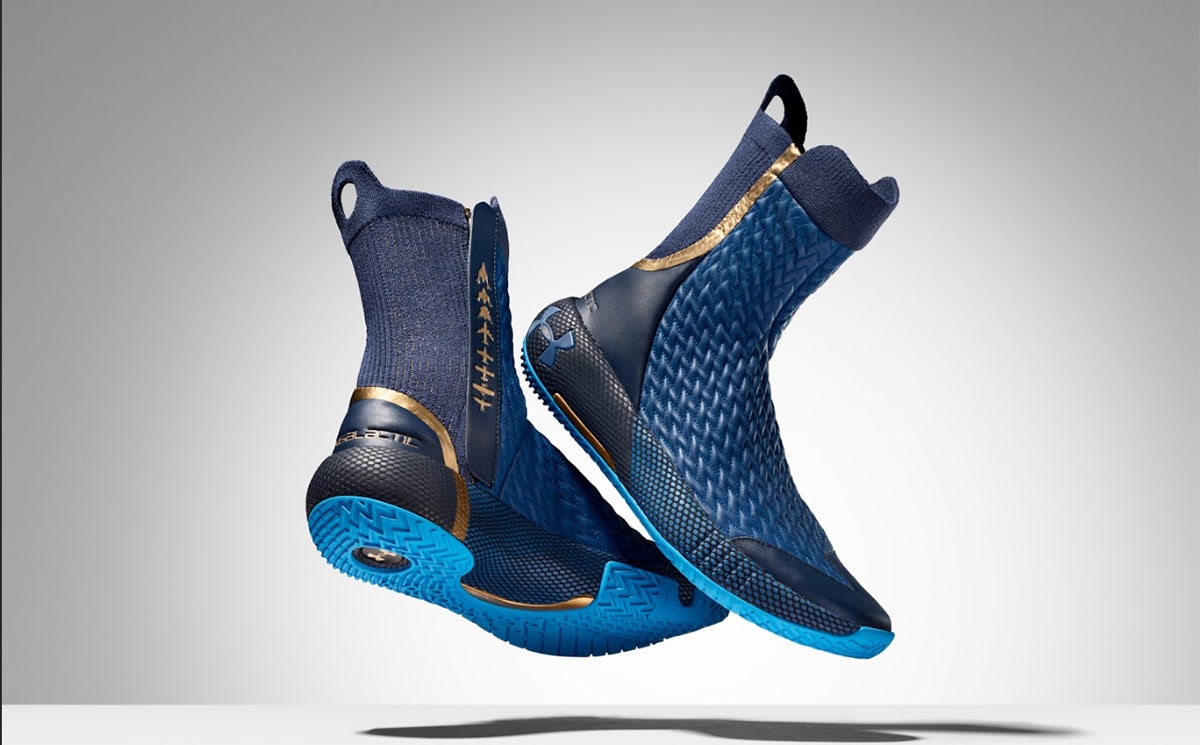 Sportswear brand Under Armour has unveiled the world’s first spacesuit “engineered for the masses,” which will be worn by Virgin Galactic’s 'future astronauts’. 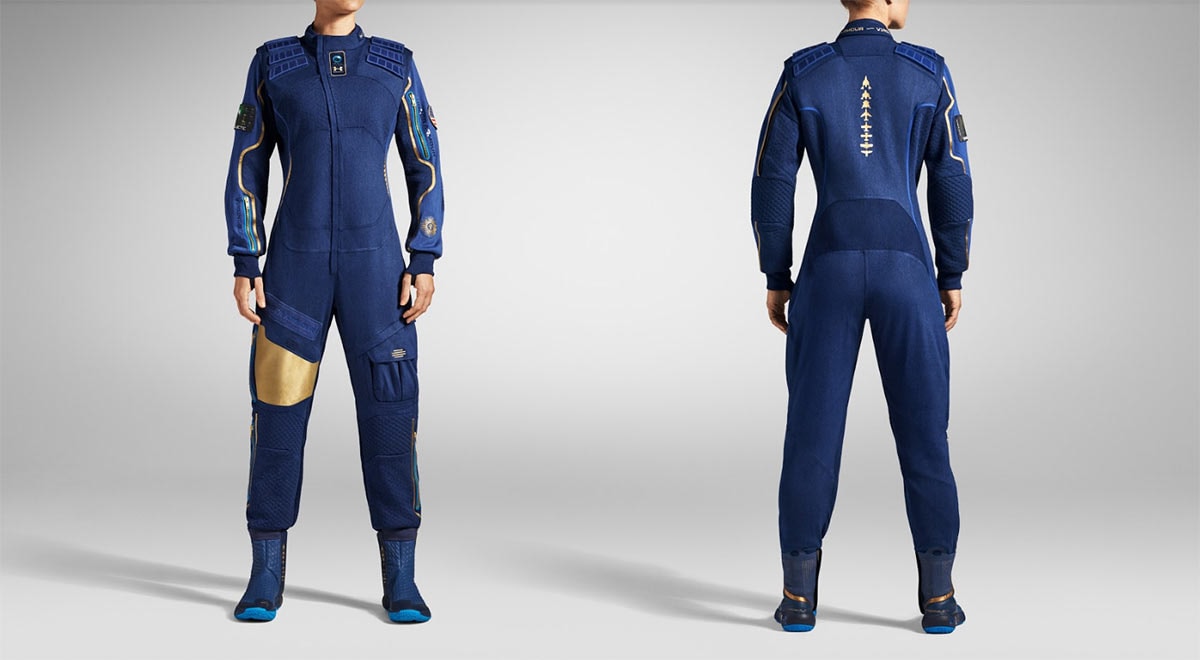 The brand was challenged to ensure that the astronaut apparel would be “safe, functional and comfortable,” making sure that the comfort and utility matched the focus on customer experience, as well as “putting its own twist” on classic spacesuit and footwear for the next generation of space travellers.

“Virgin Galactic gave us an exciting challenge to build the world’s first commercial spacesuit,” said Kevin Plank founder and chief executive of Under Armour in a statement. “Innovation is at the core of everything we do and our team delivered a unique twist on the classic spacesuit utilising both existing and new UA technologies to define space gear for the future. It is an incredible opportunity to showcase our key performance innovations in space at the highest level and continue to push the limits of human performance.” 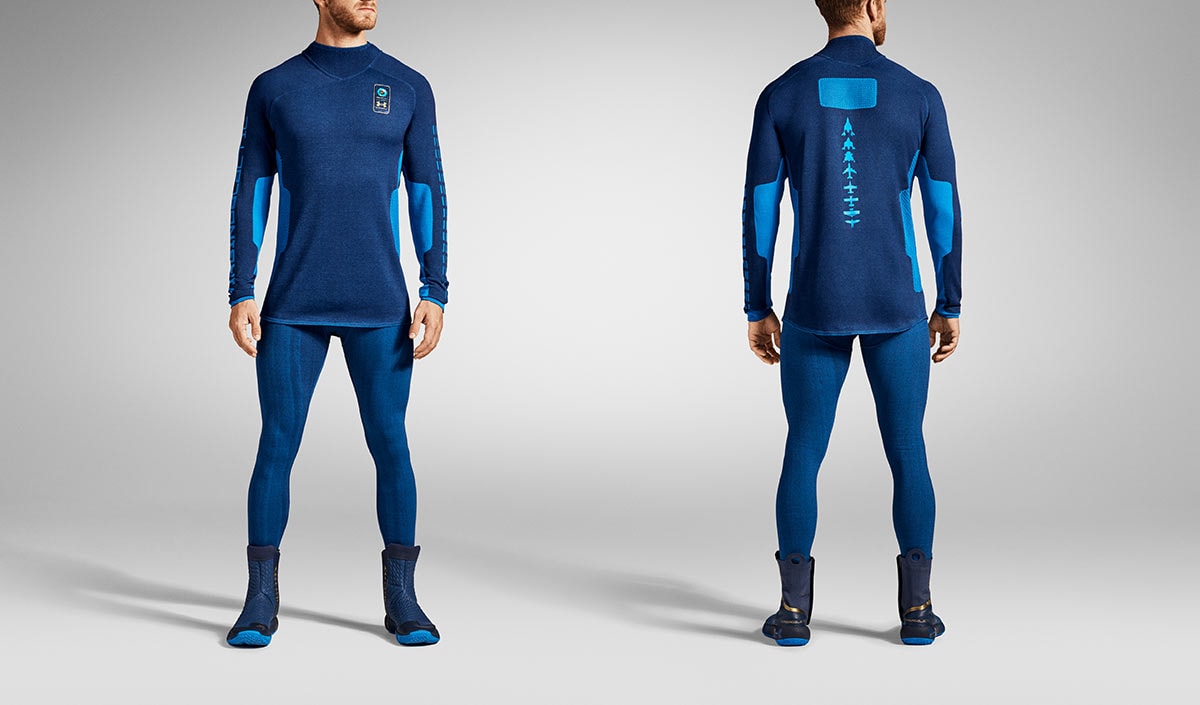 The spacewear system was unveiled on a zero-gravity, vertical catwalk in New York City, led by Sir Richard Branson in the spacesuit he will wear on Virgin Galactic’s inaugural commercial spaceflight, which is expected to take place in 2020.

Commenting on the spacewear, Richard Branson said: “Spacesuits are a part of the iconography of the first space age; our visual impressions of human spaceflight and what astronauts wear are inextricably linked. Requirements for astronaut spacewear as we enter the second space age are evolving, but the design challenge has not diminished. 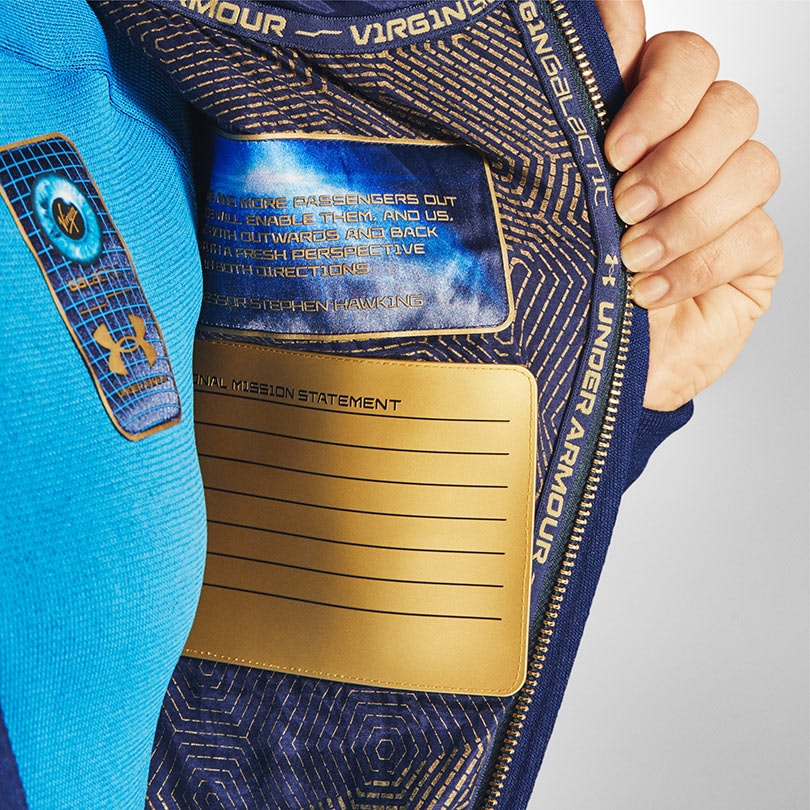 “We were delighted when Kevin and Under Armour stepped up to this task and they have surpassed our expectations. I love the way the spacewear looks and I love the way it feels. I also love the fact that the next time I put it on, I will be on my way to space.” 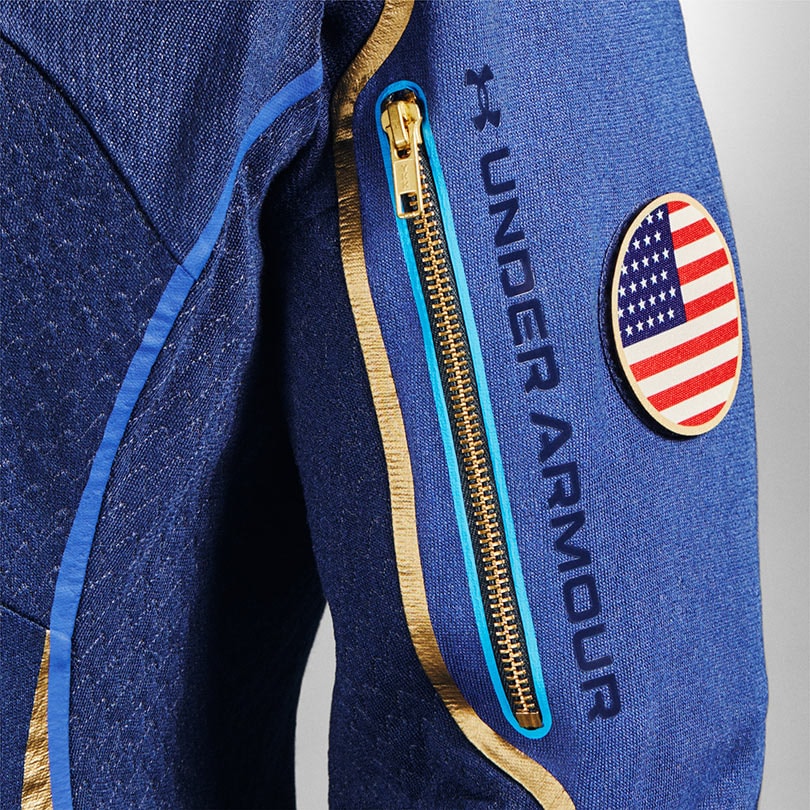 Spacesuits will be personally tailored for each astronaut, added both brands, featuring a base layer, spacesuit and footwear, which have all been designed with input from a wide variety of experts, including doctors, astronaut trainers, pilots, apparel and footwear designers, engineers and future astronaut customers, to fully understand and address all requirements of space travel.

The deep space blue UA | VG Spacesuit is made from lightweight flight-grade fabrics, with cushioning in elbows and knees coming through the use of UA Clone, a proprietary auxetic material that forms to the exact shape of the body for a precision fit and zero-distraction feel to allow for "optimal mobility and comfort” and to provide safety in out-of-seat zero gravity. 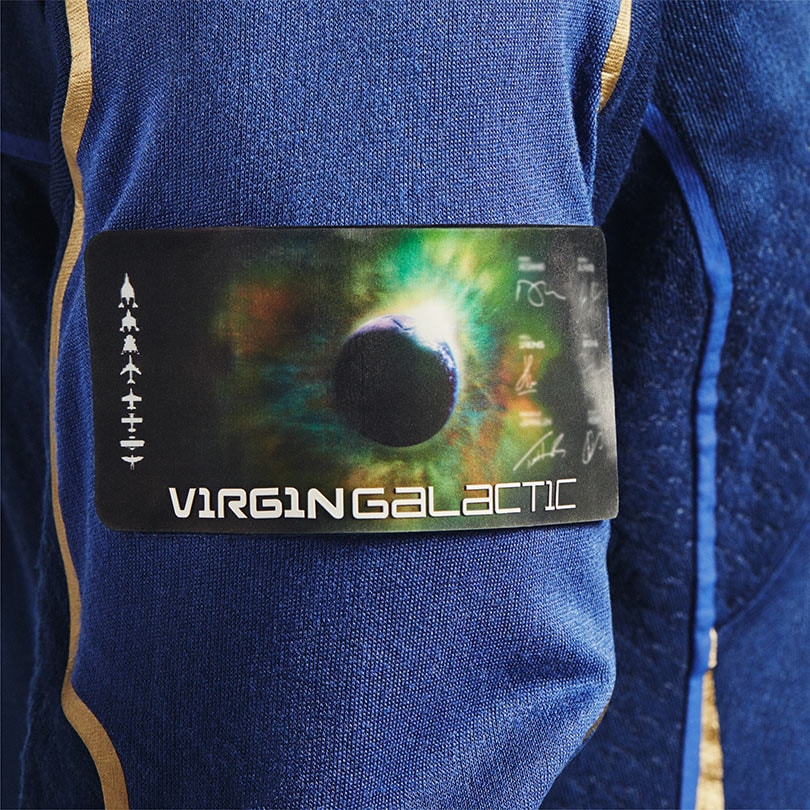 UA’s HOVR cushioning is also incorporated into the shoulder pads and neck area, which are high impact zones during the high G portions of flight, while the lining of the spacesuit incorporates other new fabrics, like Tencel Luxe, SpinIt and Nomex, used for temperature control and moisture management, as astronauts may experience a spectrum of temperatures throughout their journey.

In addition, an important part of the suit construction included functional features such as multiple pockets for necessary and personal items, including an inside transparent pocket for photographs of loved ones and an integrated solution for communications, with a push-to-talk button, and each spacesuit can be personalised to celebrate each astronaut with country flags, name badges and a mission-specific patch, which can be removed from the suit to be attached to the flight jacket for everyday wear. 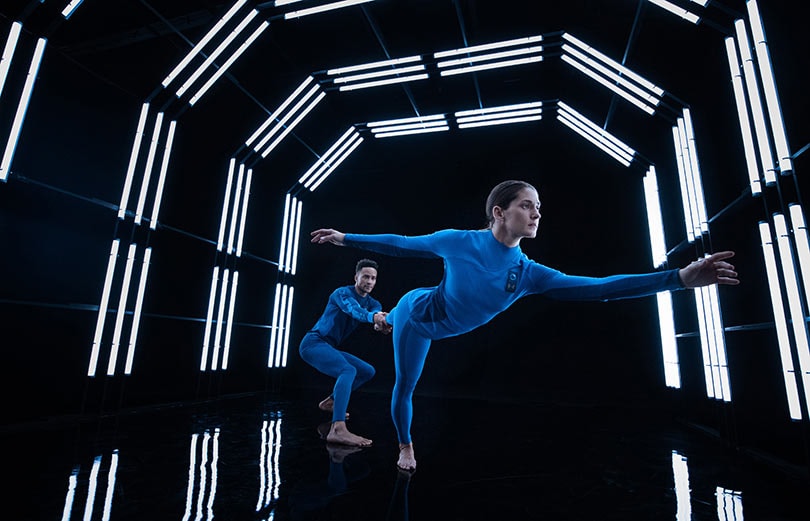 Nick Cienski, principle innovation apparel designer at Under Armour, explained: "Once functionality and safety was nailed down from a performance perspective, we really wanted to bring the Spacesuit to life with signature Under Armour flair and recognition to Virgin Galactic's noble goals and epic achievements.

“We were able to incorporate the nostalgic elements of the classic spacesuit - not only from past space missions, but also iconic space movies - to redefine the way we think of space apparel moving forward and create something memorable and unlike anything Future Astronauts have ever seen.” 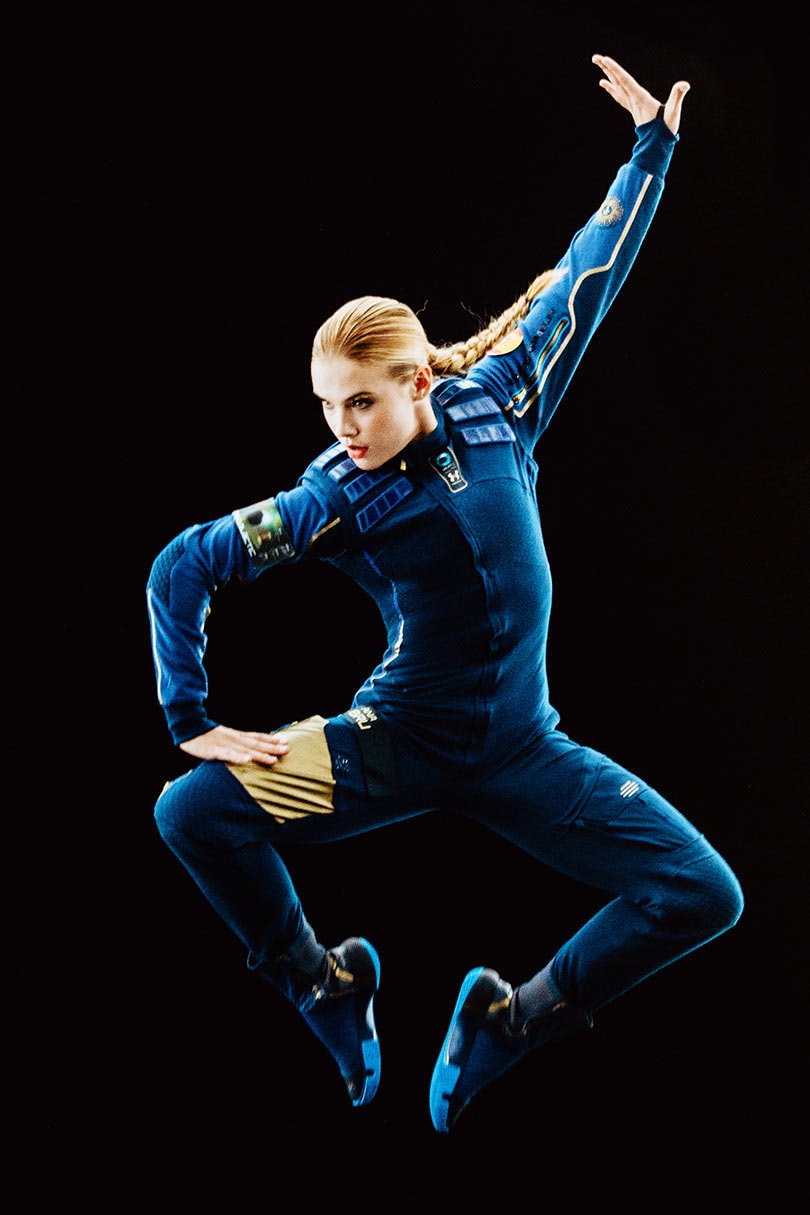 The spacesuits are complemented by a base layer, which acts as a second skin to the body and utilises Under Armour’s UA RUSH technology to enhance performance and blood flow during the high and zero G portions of flight. The entire base layer is built with UA's new Intelliknit fabric for total moisture and temperature management, meaning that from the hottest desert to the cold of space it will provide temperature regulation and sweat management.

For the footwear, Under Armour took inspiration from racecar drivers’ footwear to “reinvigorate” the traditional space boot to create something that it describes as “highly functional” while carrying through the same style and design elements of the spacesuit with a lightweight feel for optimum mobility. 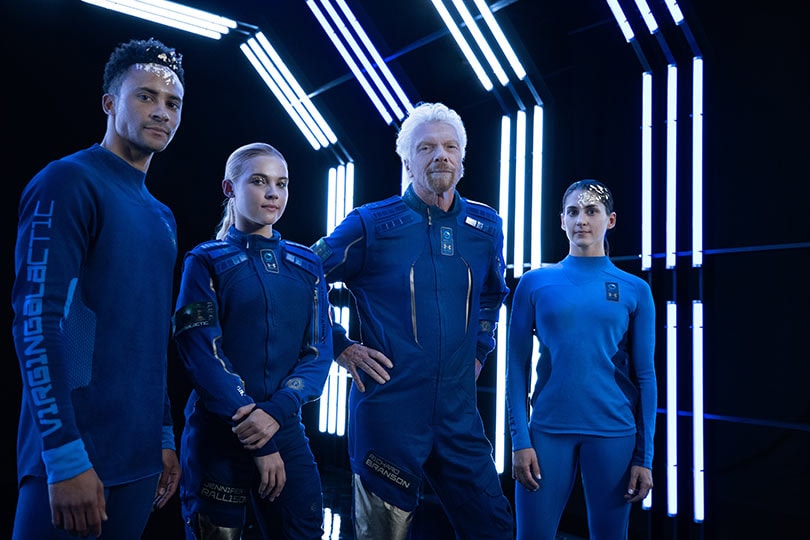 UA Clone adaptive technology, also utilised in the spacesuit, forms to the exact shape of the foot for a precision fit and zero-distraction feel, while the UA HOVR cushioning, one of the softest foams available, provides support for a functional, comfortable and flame-retardant piece of footwear. This creates a sleek, smooth, soft boot with nothing to snag on equipment or other future astronauts when floating in zero gravity.

Plank, added: "At Under Armour, we pride ourselves on always getting better and leaning into innovation to drive progress for our athletes, but few things can prepare you for a project as challenging and exciting as this one. 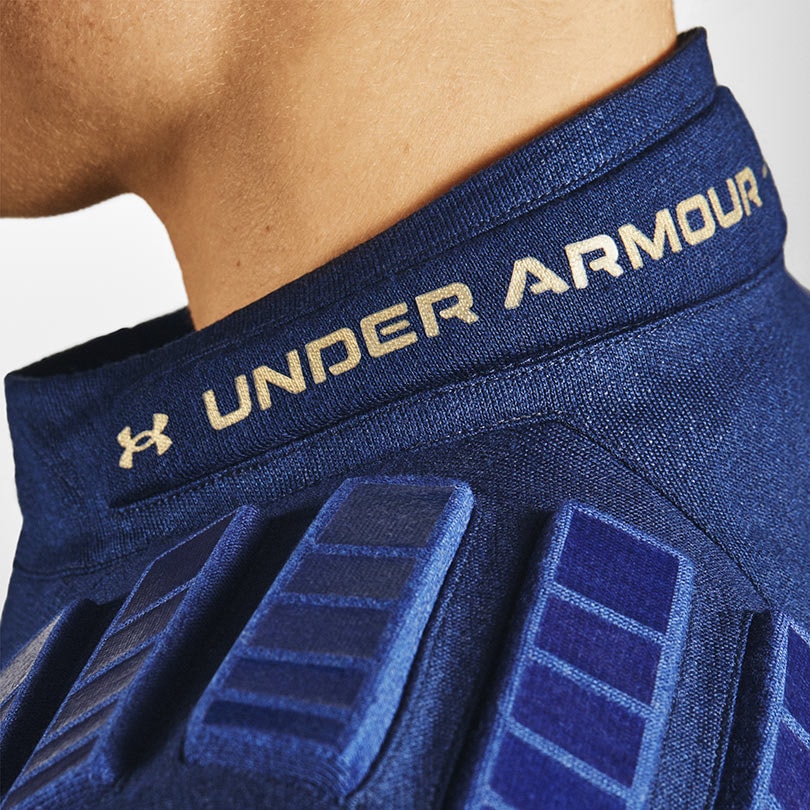 “Spaceflight is a unique and demanding regime and requires a different approach. What we've engineered utilising our key technologies will define the future of spacewear and puts us at the forefront of this history-making event.”

Virgin Galactic is an aerospace company pioneering human spaceflight for private individuals and researchers, and is developing a spaceflight system designed to offer customers a unique, multi-day experience culminating in a spaceflight that includes several minutes of weightlessness and views of Earth from space. Currently, it is in the final stages of development, having already completed two crewed flights of its vehicle into space, and anticipates initial commercial launch in 2020. 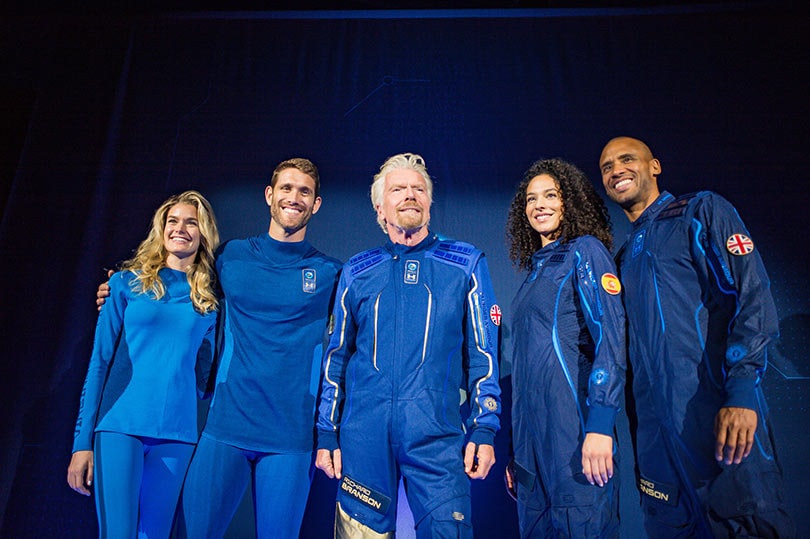 Images: courtesy of Virgin Galactic and Under Armour