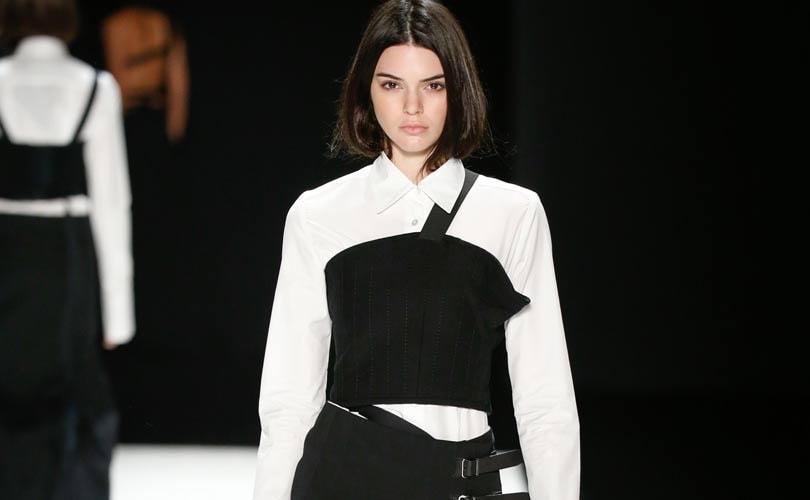 Designer to the stars Vera Wang shored up her artistic clout Tuesday by sending models down the New York runway in towering platforms and elongated cuts inspired by Modigliani and Giacometti.

Wang, best known for designing wedding gowns for the rich and famous, presented a collection steeped in the lean, sculptural image of the European artists, whose modernist masterpieces fetch record prices. "I wanted to find my own new proportion and my own new silhouette," Wang told AFP backstage on day six of New York Fashion Week as the city stood shrouded in thick gray skies and heavy rain. 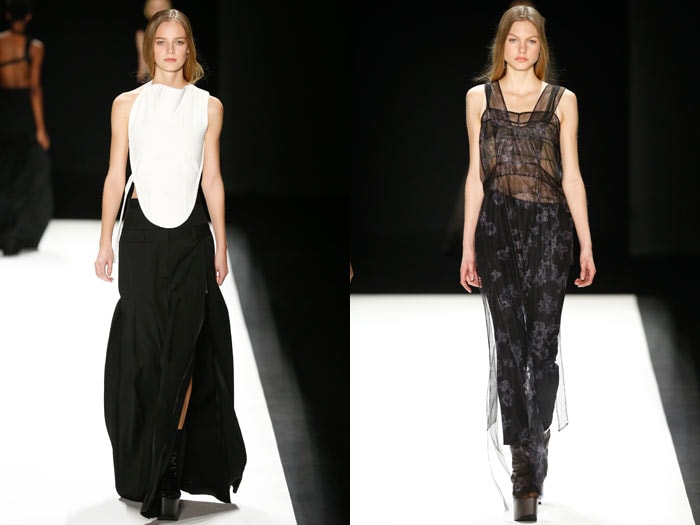 The show opened with a Schubert piano impromptu as models strode the catwalk in black and white cut out suits -- almost apron style -- adorned with straps and buckles on the hip. The strap and buckle accessory was dominant, stretching between shoulders and sitting on hips. She presented shorts, hemmed with lace, paired with sharp blazers and knee-high boots, floaty barely-there chiffon print dresses and pleated skirts slit to the thigh.

"The precision, the elegance and the control of fencing and the beauty of fencing, see the way those plastrons are cut and how it shapes the arm hole and the body," Wang explained.

The models were kitted out in high platform shoes with giant soles, which Wang called sock shoes. "You put them on, they're almost like a sock and it's half platform, half heel," she said. Wang also made ample use of fur -- multi-colored raccoon coats, gray mink and chartreuse racoon vests -- and for evening nude tulle camisole gowns with long rectangular panels of metallic sequins.

Peter Copping, the British creative director of Oscar de la Renta, presented his third seasonal show for the label since its founder passed away in 2014, offering a studied tribute in timeless elegance.

He sent out a typically lady-like collection with copious amounts of Spanish-style lace in stone, black and wine, and with fine attention to detail such as lace cuffs on ribbed jerseys. The clothes featured baby doll fur collars and giant bows at the neck on plunging ball gowns. Pushing boundaries slightly, Copping included a leather bubble skirt, red leather dress and a gold lame pant suit.

Uptown, billionaire and newly engaged Tory Burch showcased a bright, preppy collection inspired by her childhood love of horseback riding -- and a scene from a French movie about marital fidelity.

The show opened with a vibrant jockey pattern used in patchwork effect. There were colorful woollen coats, crisp white shirts livened up with jockey-print satin sleeves, and a diamond-patterned sequin and satin dress. Delicate blue and white paisley looked like Chinese porcelain, and lame silk in a tunic and a peplum dress shimmered in the light.

The entrepreneur who has forged an empire said she was inspired by the cafe scene in 1972 film "L'amour l'apres-midi" by French director Eric Rohmer and her childhood love of horseback riding -- a refined take on sportswear classics. "I've been designing sport now with our sport collection, and I've wanted to do that maybe seven years, and we launched six months ago, and it's really informed the main collection too," she told AFP. "The tomboy in me really loves it," she said. "I think it's how I want to dress," she added.

Fashion Week has seen designers start to shift focus as social media means customers no longer want to wait six months between first seeing catwalk presentations and being able to buy the clothes in a store. Burch said select pieces from her latest collection -- such as the track pants and track suit -- would be available to buy immediately as a test run. "I think the customer is in charge at the moment, so we're trying to do things, but not too quickly," she told AFP. "We want to test it and see." 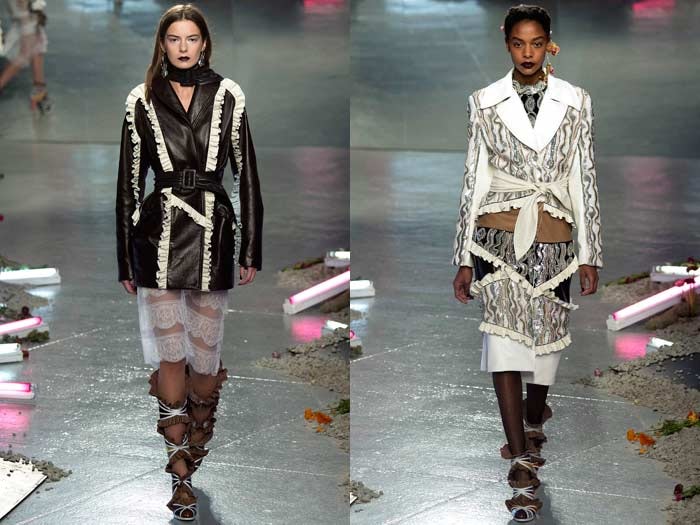 In Chelsea, sisters Kate and Laura Mulleavy mined iconic movie "The Godfather" for their Rodarte fall/winter collection -- a meditation in lace with ruffles and tulle that marked 10 years in the business.

Actresses Kirsten Dunst and Jennifer Jason Leigh were among those to congratulate the designers backstage. "There's a lot of art nouveau references, like film art posters that were done in the 60s," Kate Mulleavy told AFP. (AFP)