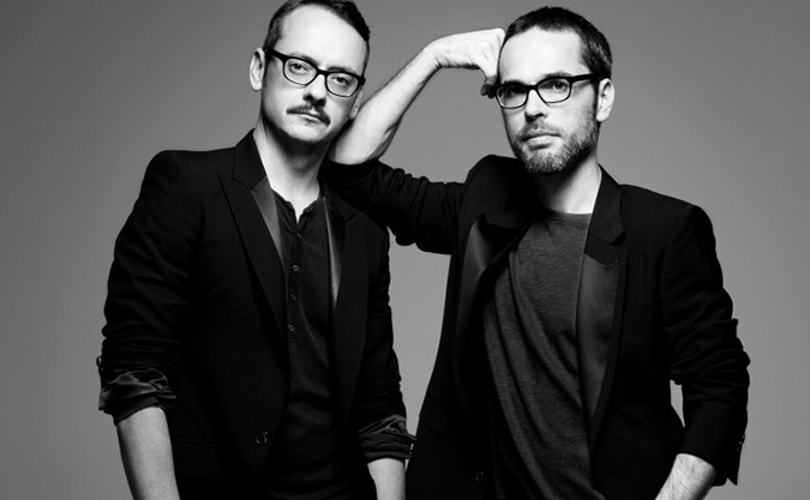 Dutch design duo Viktor Horsting and Rolf Snoeren have revealed plans to halt the production of their label's ready-to-wear line after the autumn/winter 2015 season in order to turn their full attention to Viktor & Rolf's couture collections, fragrances and licensed businesses.

The move is described by Renzo Rosso, the majority shareholder of the OTB Group, parent company of the fashion label as "a strategic decision to position the Viktor & Rolf brands in the highest luxury segment of fashion," who made the decision together with the design duo. A spokesperson confirmed to WWD that the designers would showcase and sell their final autumn/winter 2015 women's wear collection, but would miss out hosting a catwalk show during the upcoming Paris Fashion Week.

Viktor & Rolf currently offers its rtw lines for both men and women in over 100 specialty stores around the world, in addition to running a stand alone store on Rue Saint Honore in Paris, which is set to wind down early next year. "We feel a strong need to refocus on our artistic roots. We have always used fashion to communicate, it is our primary means of artistic expression," said Horsting, who added that working on the label's rtw line had "started to feel creatively restricting. By letting go of it, we gain more time and freedom."

Viktor & Rolf to focus on couture, fragrances and licensed businesses

Snoeren concurs with Horsting, adding: "We are extremely excited to push the boundaries of our vision in new, unexpected territories."

The duo first launched their namesake label in 1993, before going on to show couture in Paris in 1998 and adding rtw in 2000. Then in 2003 they launched a men's wear line, known as Viktor & Rolf Monsier and later went on to move into the beauty industry with the launch of their first women's fragrance Flowerbomb in collaboration with L’Oréal.

"The decision to focus on haute couture is a strategic decision by the house of Viktor & Rolf to position the brand in the highest luxury segment of fashion," commented a L’Oréal spokeswoman. "We are confident that our strong collaboration with Viktor & Rolf will continue to see the launch of many successful fragrances."

Viktor & Rolf's decision to halt ready-to-wear follows in the footsteps of French designer Jean Paul Gaultier, who announced last year his intention to pull the plug on ready-to-wear line after 38 years in order to focus on couture, fragrances, and other special projects.