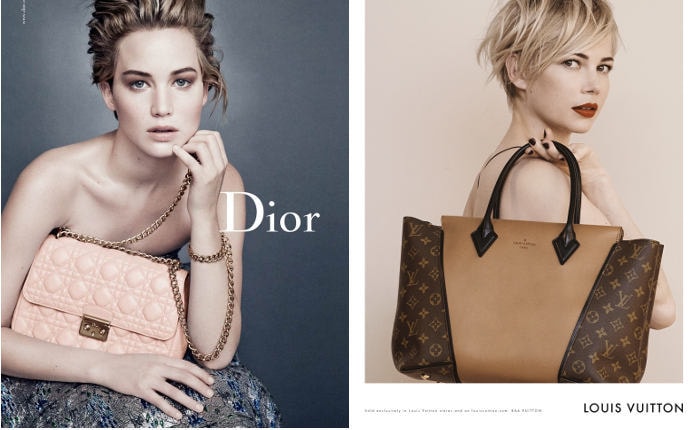 Why Christian Dior and LVMH are co-dominating the luxury industry

There are few fashion houses in the world which have reached the same status as Christian Dior and Louis Vuitton, the main brand from luxury, French conglomerate LVMH. As both brands grew to stand for luxury, passion, excellence and design over the years, many would assume that these two heritage brands are rivals in an increasingly competitive market.

But, in reality the two French fashion houses are part of companies controlled and chaired by business extraordinaire Bernard Arnault, currently the richest man in France. As both LVMH and Christian Dior continue to grow and expand their product assortment into new markets, it becomes clear that they are set to dominate the luxury end of the fashion industry. But how does their dual growth feed each other’s rise to the top? FashionUnited takes a closer look. 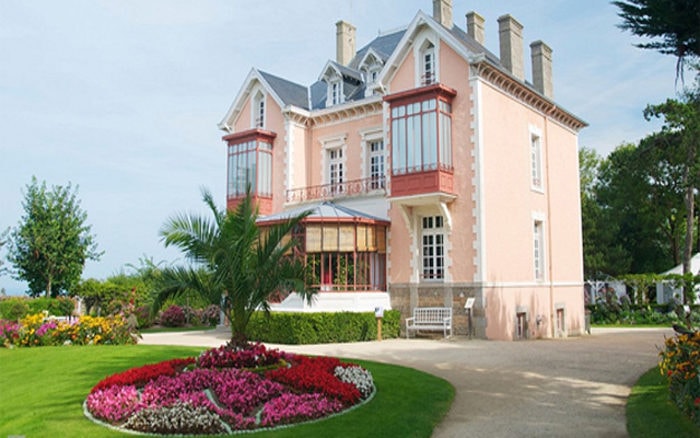 According to the 2014 annual reports for LVMH and Christian Dior, both companies spent the past year rebranding and boosting classic designs. Louis Vuitton launched an elaborate campaign, named "Iconoclasts" which celebrated its Monogram, by enlisting six major designers to reimagine its design in a limited edition series. The fashion house also hosted its Spring/Summer '15 show at LVMH new museum, named Foundation Louis Vuitton.

In turn, Christian Dior also focused on boosting its classic designs through exhibitions. 'Esprit Dior,' the travelling exhibition examining the allure of the fashion house's iconic fragrance Miss Dior attracted over 80,000 visitors alone in Shanghai, China. 'The New Look Revolution' exhibition, currently held at the Musee Christian Dior, which opened earlier this summer and runs to November 1, 2015, features iconic haute couture pieces from the label dating from 1947 to 2015. To maximise the impact of the exhibition, Christian Dior tapped French actress Marion Cotillard to pose in iconic outfits. 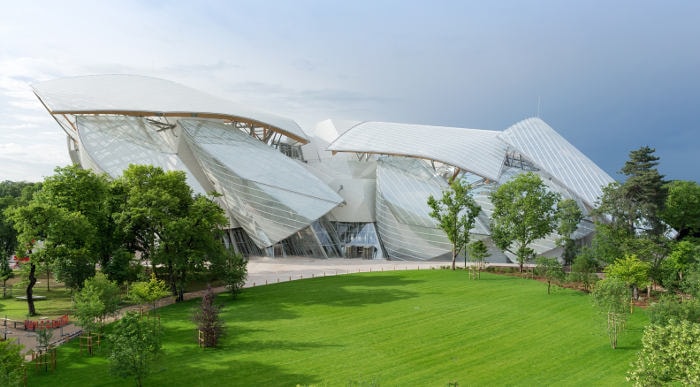 Both luxury companies share a number of similar marketing tactics, which range from celebrity filled editorials, to online engagement, to print ads. Both companies use similar models for their catwalk shows, such as Lindsey Wixson, Maartje Verhoef and Emmy Kruger, suggesting the creative directors at LVMH and Christian Dior fashion houses share a unified image of prestige and luxury to a certain extent - one which dominates the catwalks during the global fashion weeks. Christian Dior’s ready-to-wear Spring/Summer ’16 show on Friday and Louis Vuitton show next week Wednesday have already been highlighted as two of the top events during this season’s Paris Fashion Week, with both shows creating a significant buzz online. 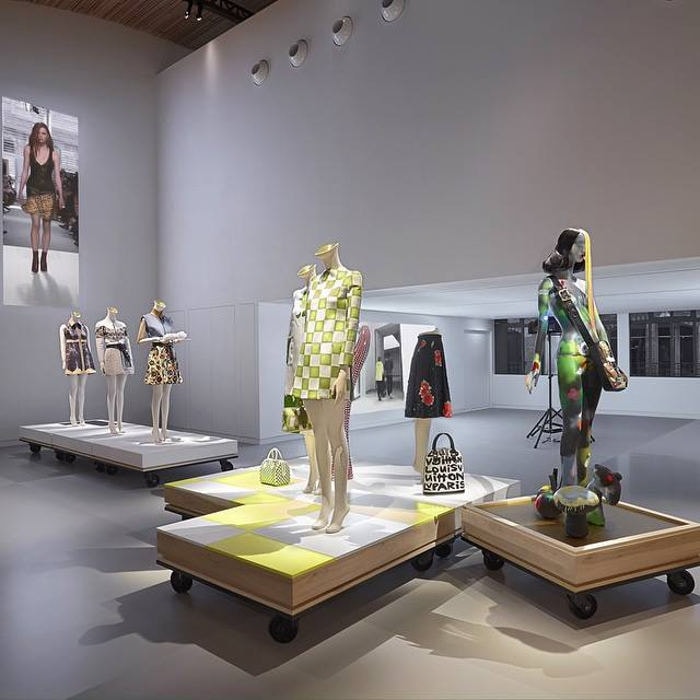 According to the recently released report from social intelligence company Brandwatch, Louis Vuitton and Christian Dior had the strongest social media presence from a list of 32 luxury fashion brands. Brandwatch analyzed 721,140 social conversations revolving around the brands on Facebook and Twitter and judged them according to social visibility, general visibility, net sentiment, reach growth and social engagement/content, proving their ongoing dominance within the luxury industry.

In fact, Louis Vuitton has been so successful with its marketing strategies that is was named Luxury Marketer of Year in 2014 by Luxury Daily, with Christian Dior following close behind in third place. To further solidify Louis Vuitton position, Forbes magazine recently published its list of the top 100 most valuable brands in the world, which saw the label listed as the first luxury brand on the list at #14 . With LVMH spending a staggering 4.6 billion US dollars on marketing for Louis Vuitton per year and Christian Dior’s marketing and selling costs adding up to 510 million US dollars, it becomes evident that part of these companies success is tied not only to clever marketing strategies, but also to their allocated marketing spend. 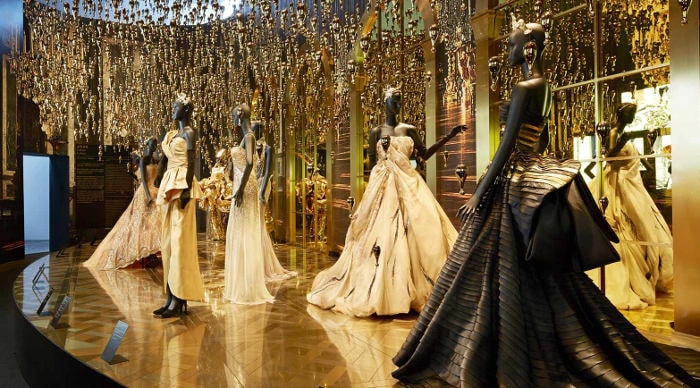 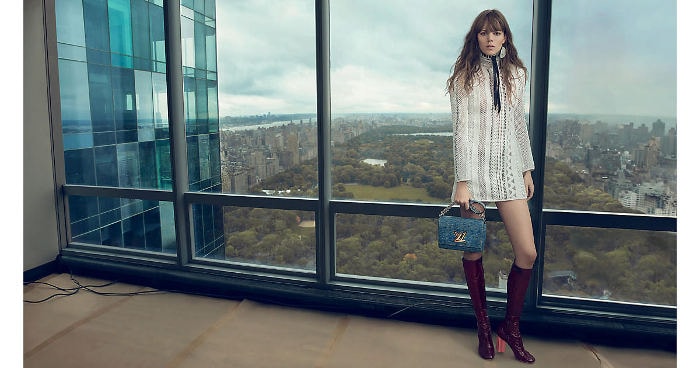 Christian Dior was first listed on the Top 100 Index in 2010 with a market capitalization of 18 billion dollars - making it to sixth place. Since then the luxury fashion house has grown to have a market value of 33 billion dollars, indicating an overall growth of 183 percent. With an average yearly growth of 13.1 percent, Christian Dior shows a larger growth rate than LVMH. One would assume that with such a stable growth rate, combined with the appeal the company has created around its brand image and many divisions, such as fragrance, ready-to-wear and accessories Christian Dior is able to succeed on its own, without the influence of LVMH.

However, Christian Dior is unable to continue growing without the support of LVMH continual growth as the two go hand-in-hand. Why? Because the former company holds 40.9 percent of the latter company’s shares and is therefore dependant on its performance. Dior is also unable to exceed LVMH in terms of market value as its Couture sales only account for 5 percent of the total sales from both Christian Dior and LVMH. 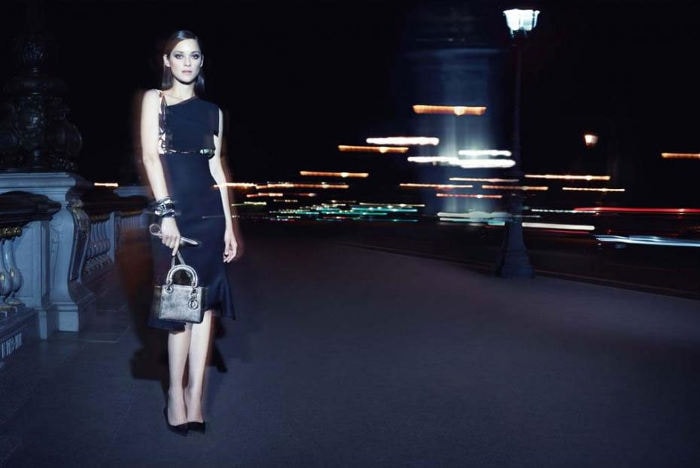 In addition, LVMH exists of five separate divisions, divided by category. Therefore if one division reports an overall sales decline, the company still have four other divisions to depend on. This separation of divisions, which includes luxury fashion houses & leather goods, wines & spirits, perfumes & cosmetics as well as watches & jewelry is what makes LVMH appear even stronger within the luxury market - even though its growth rate has slowed down. 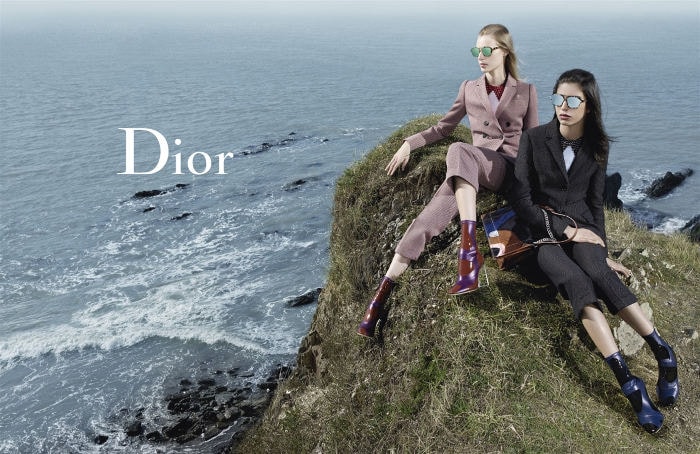 In turn, it can be said that Christian Dior has six divisions, its own and those from LVMH, as it earns from all divisions due to its substantial stake in LVMH. Both companies are therefore closely linked to each other’s growth. This is exemplified in their fashion sales - both LVMH Fashion and Christian Dior increased roughly 225 percent in revenue over the past nine years, showing similar ups and downs. Christian Dior Couture sales and LVMH fashion, leather and good sales reported major growth spurts in 2010, 2011 and 2012. Then in turn, they faced a difficult year in 2013, reporting decline in sales and market slowdowns.

These two giant fashion houses clearly have more similarities than differences and it is precisely through their shared influence - which has spread to cover all corners of the luxury fashion and beauty arena - that they are dominating the luxury industry and will continue to excel.

This is the third episode of a new series based on FashionUnited's unique business intelligence Top 100 Index. Stay tuned next week's episode on October 9th, which focuses on Swedish fast-fashion giant H&M.