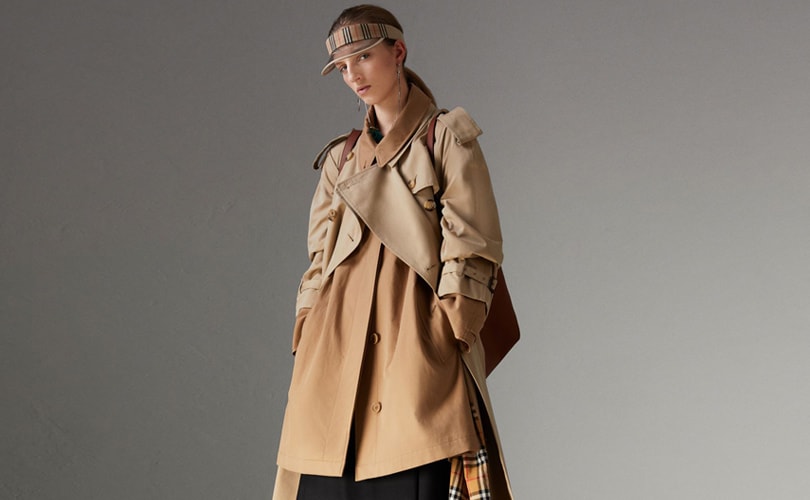 Why did Burberry destroy 28 million pounds of its goods?

On the topic of sustainability we are used to hearing brands over-producing collections for their retail networks and being left with excess stock. Back in March the New York Times broke the story that H&M was sitting on a 4.3 billion dollar mountain of unsold inventory. Enough items to dress an entire nation.

But stories of luxury companies deliberately destroying their clothes in order to manage inventory issues instead of discounting, adds another dimension to the sustainability crisis that has come to define today's era of fast fashion, exclusivity and profitability.

The disposal of unwanted goods shows that Burberry’s turnaround effort under new Chief Executive Officer Marco Gobbetti and designer Riccardo Tisci remains challenging, states Bloomberg. It further notes it is a matter of environmental concern to Burberry's investors, with one asking during Burberry’s annual meeting this week why shareholders couldn’t be given the chance to buy the items.

Brands like Burberry, who operate multiple licenses across different markets, have not always been in complete control when it comes to its product releases. Factories in far away places could tamper with design copyright, producing and releasing product via dubious distribution channels. Hence, to retain brand equity, luxury companies decide to destroy or buy back their collections to ensure it doesn't re-enter the marketplace.

Richemont is an example of the latter, buying back unsold stock of 1,000-20,000 pound watches with the aim of dismantling and recycling diamonds, spare parts or destroying luxury timepieces completely, according to auctioneering house William George.

Luxury brands cannot be seen to be heavy discounters

Richemont destroyed nearly 500m pounds of its watches between 2016 and 2018 the Guardian wrote earlier this year, in order to avoid them being sold at discounted prices.

Burberry last week confirmed it would reduce its retail prices in China, following Louis Vuitton and Gucci. Perhaps reducing prices will have an effect on how much volume it shifts and how much product is left at the end of the season.

In a statement to Jing Daily the company said the pricing adjustment will apply to categories from the ready-to-wear to bags and the average reduction rate is around four percent.

"Burberry is very supportive of the decision to cut import duties on luxury goods in China," a company spokesman told Jing Daily. "The government’s efforts are a clear positive for consumers. In response to this, we have decided to lower prices on a range of our products in China.”