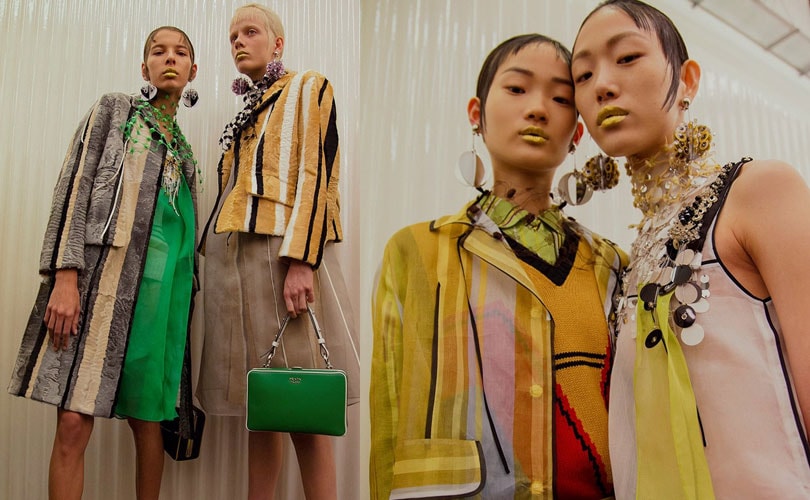 Will Prada's new stripes turn around its woes?

Prada's parent company has been much in the news lately, but not for its collections and subversive take on fashion. The company has seen a challenging sales market and China's slowdown has made a lingering dent on the once powerful Italian luxury house.

After years of stellar growth, lauded shows, and idolising, the Prada brand of late has been less impactful - perhaps not only due to the ever-changing retail climate, but also that fashion is fickle - and sometimes even the most stellar of brands cannot push the fashion buttons hard enough.

Prada has much to prove next season

Prada has much to prove with its latest show and collection. The company must turn around its sales by offering both products that sell at retail and that capture the media zeitgeist. It is also facing stiff competition from rival Gucci, who has been showing fashion forward collections since the appointment of Alessandro Michele, fashion's new darling.

Prada opted for stripes for its SS16 collection, hoping its subversive take on classics, prints clashing, clever accessorizing and focus on footwear will be enough to calm critics and convice its customers to spend.

The Times talked about “effortless insouciance”, while WWD said “it wasn’t one of those collections that caused the fashion needle to hyper-gyrate… it challenged classic notions of chic even as it built upon them. And the clothes looked great.”

Miuccia Prada didn't take a bow for once, she was absent due to a death in the family. Instead design director Fabio Zambernardi stood in to speak to the media.

So will the new SS16 collection turn around Prada's woes? On show there were skirt suits in stripes, checks, piping, pattern mixes, sheers and big earrings as key trends and items for next season.

Prada also updated its 'it' bag with new versions in exotic leathers in stripes. There were ultra decorative shoes, a key seller in its womenswear collections, with a new focus on the ankle strap. Also of note is that there were no trousers.

The critics so far have written positively about the collection, although as a major advertiser, the media either veils any negativity or avoids it all together. One does wonder why all the powerhouse fashion companies rarely receive a word of criticism, as if each item they produce and every collection they make tops the scale of 'amazing.'

However much the fashion press loves the new Prada collection, we'll have to wait to see if the consumer will take to its new stripes.