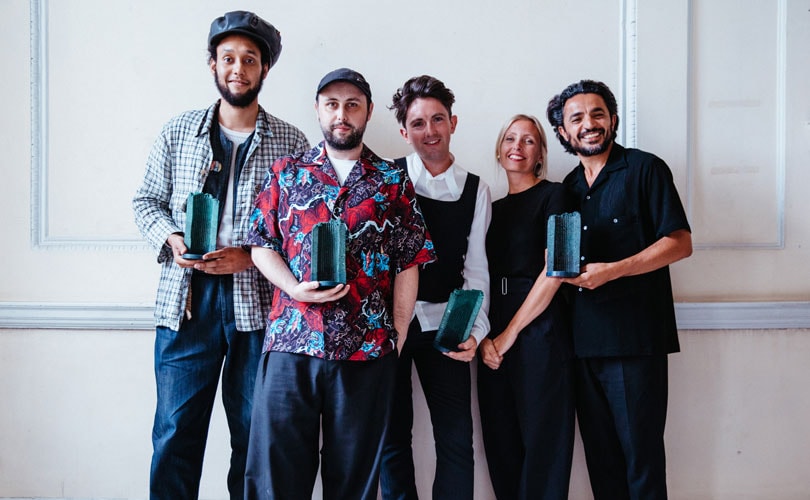 British designers Daniel W. Fletcher, Nicholas Daley and Edward Crutchley, and Cmmn Swdn from Sweden were announced as four of the 12 global finalists for the 2018/19 International Woolmark Prize, which aims to highlight the versatility of merino wool.

The European finalists were revealed at a lunch at Somerset House in London, where judges including designer Roland Mouret, Tiffany Hsu, fashion director, Mytheresa.com, and stylist Catherine Baba chose Daniel W. Fletcher, Nicholas Daley and Edward Crutchley, and Cmmn Swdn to compete for the grand prize final, which will be held in London next year.

The International Woolmark Prize is now in its 7th year and highlights emerging talent using merino wool. Each of the global finalist will receive 70,000 Australian dollars for the development of their business and capsule collection, and over the next few months, they will work on their capsule collections featuring six looks, which will be judged at the February final in London. As well as the cash prize, the finalists will also receiving mentoring support from a global panel of experts, showcasing opportunities and a Woolmark licence.

They will join finalists named earlier this month in Hong Kong - Zhi Chen of I-Am-Chen from China, Mooyeol Lee of Youser from South Korea, Yohei Ohno from Japan ,and Angel Chen from China, and the remaining four will be revealed later this week in New York, all of which will have been chosen from more than 300 applicants from across 46 countries across the world.

The Woolmark Company managing director Stuart McCullough said in a press statement: “The International Woolmark Prize has evolved into one of the biggest fashion awards of its calibre and so we have restructured the program to ensure our nominees and finalists receive the highest level of industry support and guidance.

“The exceptional quality demonstrated by his year’s designers not only reinforces the strength of the award but also proves Australian wool’s relevance on the global stage. Wool’s inherent benefits combined with its eco-credentials provide designers with countless possibilities and I am excited to see what innovative designs are showcased at the global final next year.” 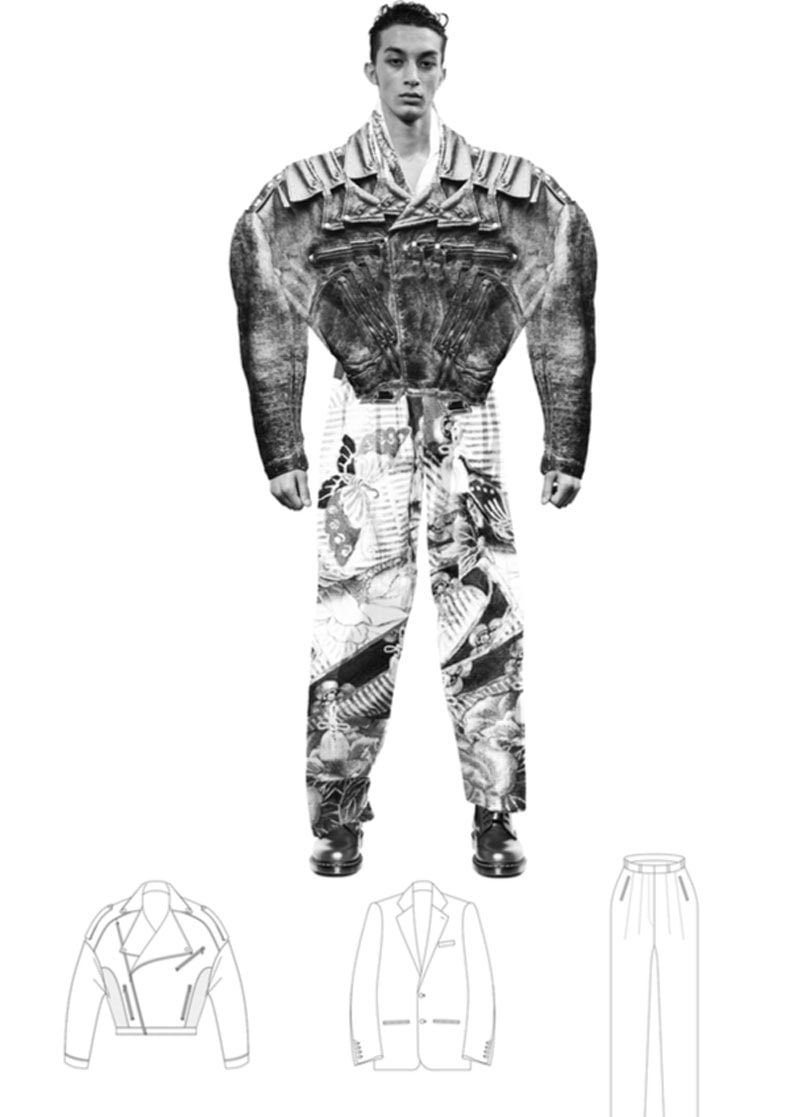 Edward Crutchley, a British designer who has been crowned the next big wunderkind by the industry, after launching his namesake label after working with Kim Jones at Louis Vuitton, took inspiration from how cultures express themselves through textiles and the role they play in the expression of identity. His collection features varied inspirations including French Breton lace, Javanese court dress batik prints, the embroidery-covered column-like silhouettes of eastern Europe and Japanese kabuki costumes, as well as biker culture.

Explaining his collection, Crutchley said in a release: “My goal in putting such a variety of inspirations alongside one another is to celebrate their uniqueness and, ultimately, our own connections to them, and to show the diverse nature of Merino wool and the myriad possibilities that become available with different construction and finishing techniques.

“I’ve worked in fabric development for a long time and am really involved in how textiles evolve, and to be recognised for that is so incredibly exciting for me, and I’m really excited to move forward in this competition.”

Judge, Tim Blanks said of Crutchely’s entry: “It’s not often that you’re in a design competition like this that you see someone that has pushed the design envelope beyond all comprehension. What I think Edward is capable of doing with wool is revolutionary. His curiosity is boundless, his technical ability is off the scale, and he’s also making things that are extraordinarily beautiful.” 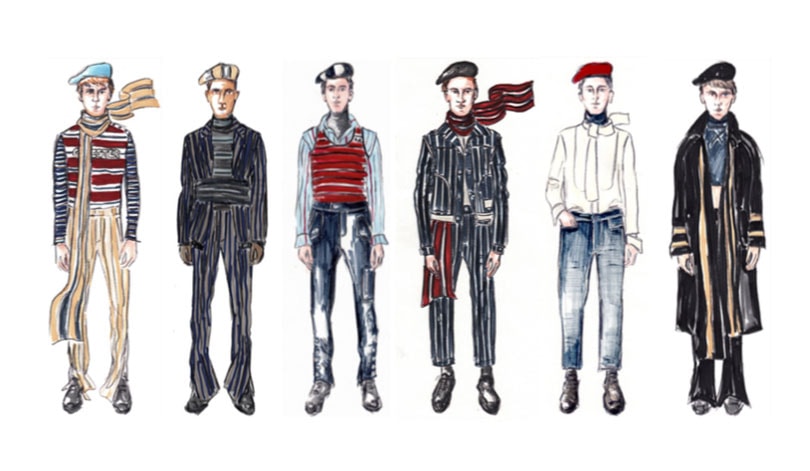 Up against Crutchley will be fellow British designer Daniel W. Fletcher who has taken inspiration from traditional British clothing, and with wool itself being one of the oldest fabrics in the world, he is focusing on technologically advanced iterations of the fibre, as he looks to offer a new take on the historical fabric. One of the most notable uses is in the sculptural scarves which were created by weaving thin wires into a lightweight Merino to reinforce it and give it a mouldable quality that can easily create dramatic shapes, whilst remaining light and easy to wear.

“To know that all of the people that we met today on the judging panel and who are all so respected in the industry believe in me enough to choose me as one of the winners is a huge achievement for me, especially this early in my career,” said Fletcher after the event. “I’m incredibly grateful for this opportunity.” 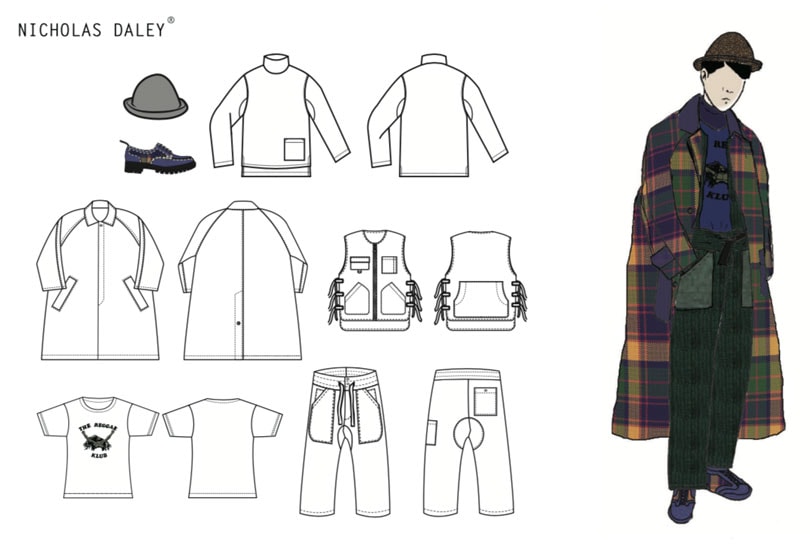 The final British designer through is Nicholas Daley, who took inspiration from his Scottish-Jamaican heritage and his parents’ club The Reggae Klub to put together a capsule line that preserves the heritage of British craft as well as experimenting with wool fabrications. Daley has created a bespoke tartan check Merino wool fabric, using rubberised bonded merino wool and traditional mackintosh seam-taping techniques.

“This is an incredible honour,” said Daley. “The International Woolmark Prize has been so important to so many designers that I look up to, so to be given this opportunity is amazing.” 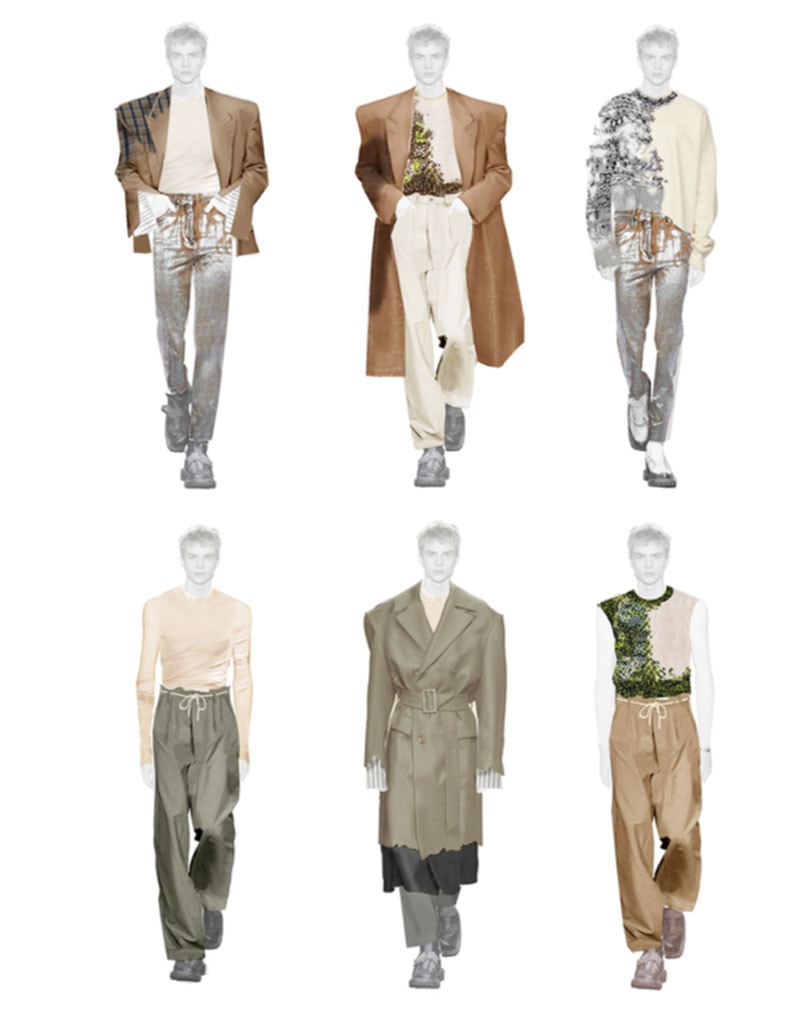 Completing the European finalists is Swedish label Cmmn Swdn, from designers Emma Hedlund, and Saif Bakir, which focuses on the use of unexpected pairings, where well-loved garments are recreated in Merino wool alongside technical base-layer seamless sheer knits. Such as a traditional Swedish twined knits ‘mended’ together with superfine Merino wool, bonding the layers using a needle-punching technique, while another design sees an oversized double-breasted trench coat revived with a water-repellent Merino wool coating.

“This is a huge opportunity that opens so many doors to work with some of the most respected manufacturers and suppliers in the world,” said Emma Hedlund, one half of Cmmn Swdn.

Co-founder Saif Bakir added: “This is just the beginning and it’s so exciting to now bring to life the sketches and concepts that we’ve started on this journey.”

On Cmmn Swdn’s entry, judge Tiffany Hsu said: “I like the way that they are upcycling garments and not having anything going to waste. The combination of materials is just beautiful and I really want to see this collection commercialised. Aesthetically, I can see this translating to the [retail landscape].”

Commenting on the standard of this year’s European finalists, judge Christiane Arp, editor in chief of Vogue Germany said: “I have been part of the International Woolmark Prize judging panel for a while and I thought this year’s [event] was of a particularly high standard, and also, it’s a reflection of what we see on the international runways and the increasing awareness of menswear, which you see today in the selection of the jury.”

The final Woolmark Prize awards will be granted to a menswear and a womenswear finalist, who will each win a further 200,000 Australian dollars, as well as further mentorship from international experts to help propel their business to the next stage, a Woolmark license, and the opportunity for their winning collections to be stocked in International Woolmark partner retail stores including Harvey Nichols, Lane Crawford, Mytheresa.com and Hudson’s Bay Co.

In addition, one finalist will also be selected for the second edition of the Innovation Award, which recognises the most innovative and creative wool fabrications, process or development for merino wool. The winner of that prize will receive 100,000 Australian dollars.

The 2018/19 International Woolmark Prize final will take place in London in February 2019.