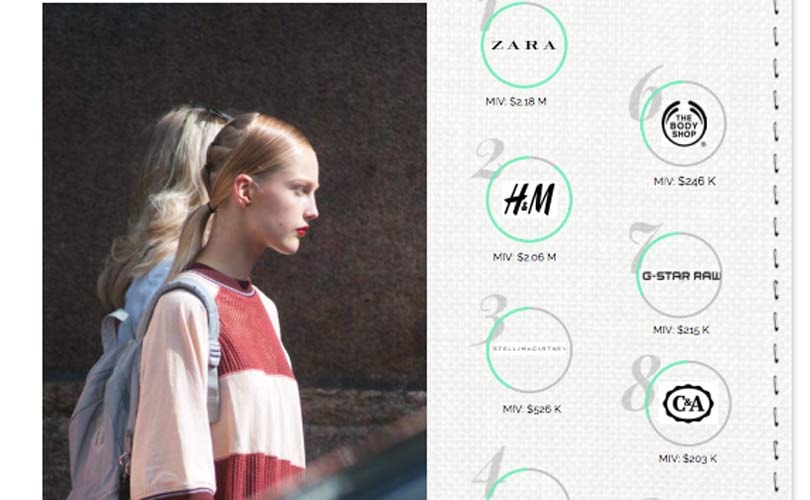 Although the fast fashion model is considered to be the opposite of sustainable fashion, it turns out fast fashion giants Zara and H&M are the brands driving the conversation about sustainability in the apparel industry, according to a new study by data analytics platform Launchmetrics. Vegan luxury label Stella McCartney came third.

While McCartney is one of the strongest voices in defense of sustainable fashion, Zara and H&M are simply able to reach a wider audience. Therefore, when they talk about sustainability, it causes more impact on the media and, consequently, society. Launchmetrics ranked fashion brands according to its Media Impact Value (MIV) algorithm, which measures the influence of media placements in terms of engagement and revenue. Zara, H&M and Stella McCartney are followed in the ranking by Gucci, Mango, G-Star Raw, C&A and Marks & Spencer. 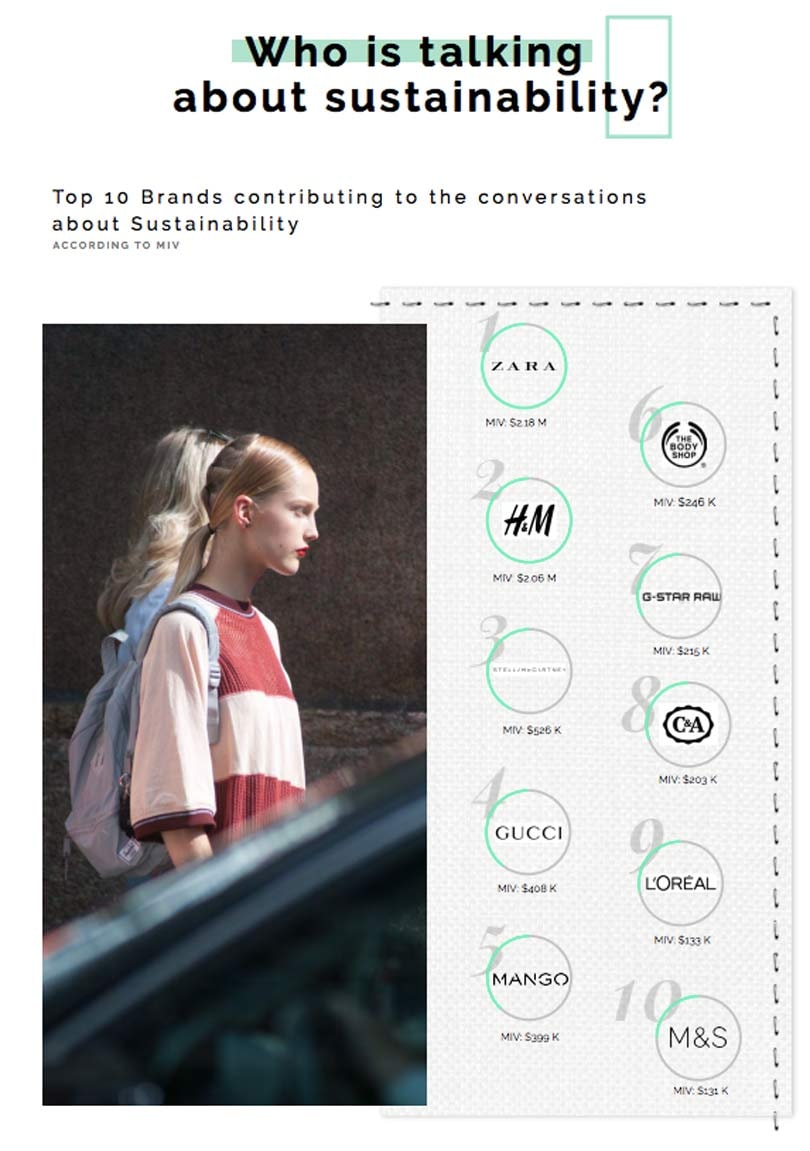 According to the same research, most impactful discussions about sustainability occur in North America or are related to North America, with the United States leading the way. The US are followed by the UK, India, China and Australia. 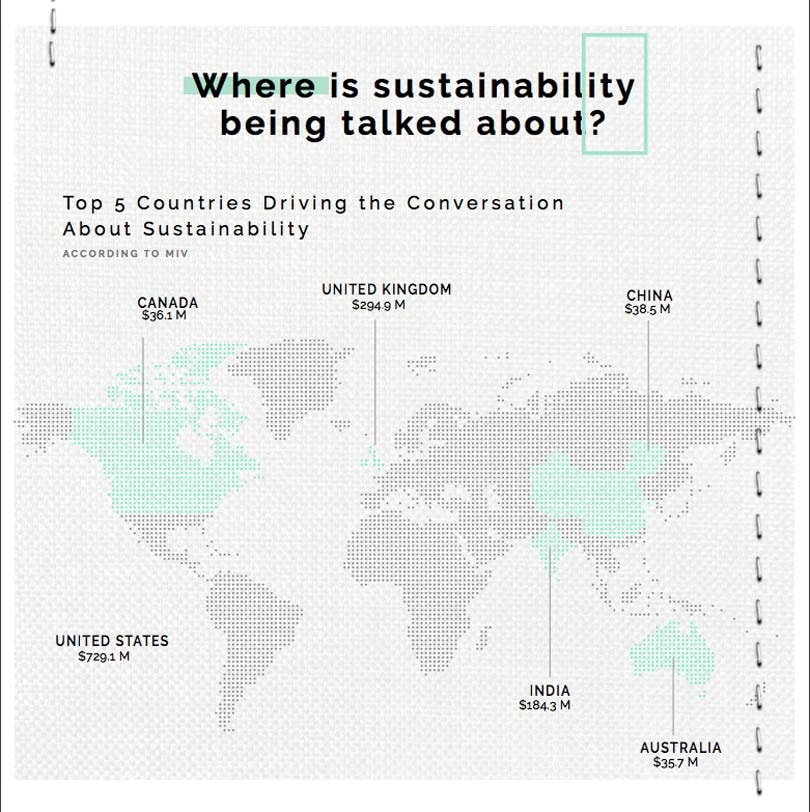 When it comes to sustainability, social media stars are just as influential as traditional news outlets

The BBC was ranked as the top media outlet driving the conversation about sustainability worldwide, followed by The Times of India, The Washington Post and The Guardian. As for the fashion news outlets causing the most impact, Vogue Magazine scored the first place, followed by HighSnobiety, HypeBeast, Refinery29 and Fibre2Fashion.

But people also form their opinions based on what celebrities and social media stars say, so Launchmetrics analyzed which celebrities and social media profiles are causing the most impact in discussions about sustainability. American actor Leonardo DiCaprio scored the highest MIV among celebrities, followed by Emma Watson and Ian Somerhalder. As for influencers, Paul Nicklen, Narendra Modi and Valeria Hinojosa own the most popular social profiles talking about sustainability matters. 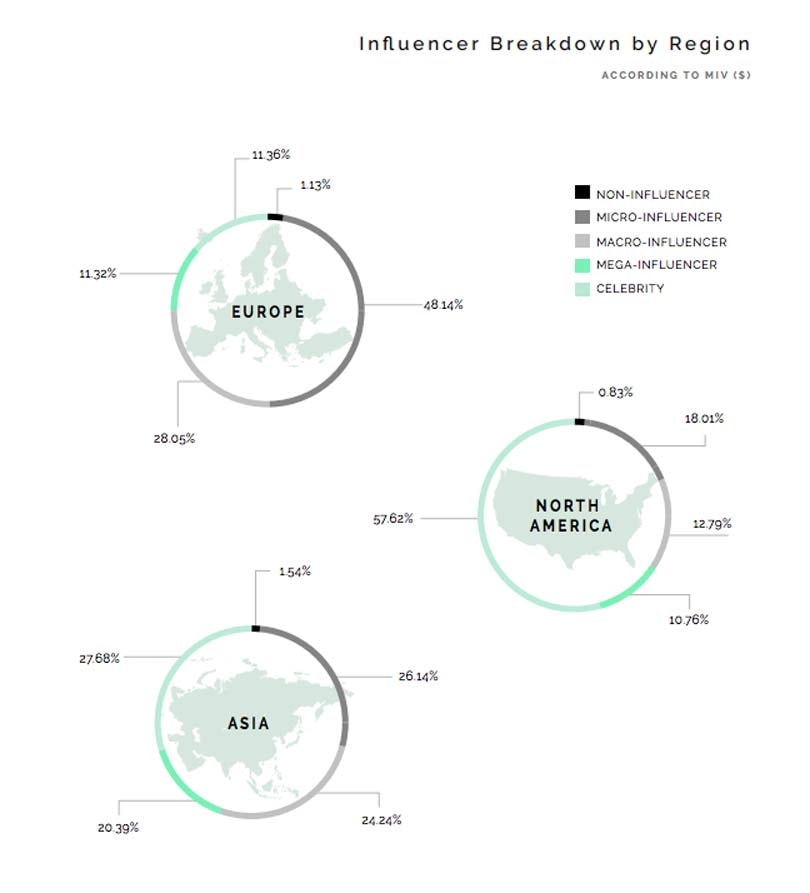 While in North America traditional celebrities tend to catch more of people’s attention when they discuss sustainability, in Europe and Asia people tend to trust social media stars a lot more. In Europe, micro-influencers (profiles with a small, but highly engaged audience) are driving most of the conversations about sustainability in fashion (48 percent).

According to Launchmetrics, the most impactful hashtags related to sustainability are #climatechange, #sustainablefashion and #ecofriendly.