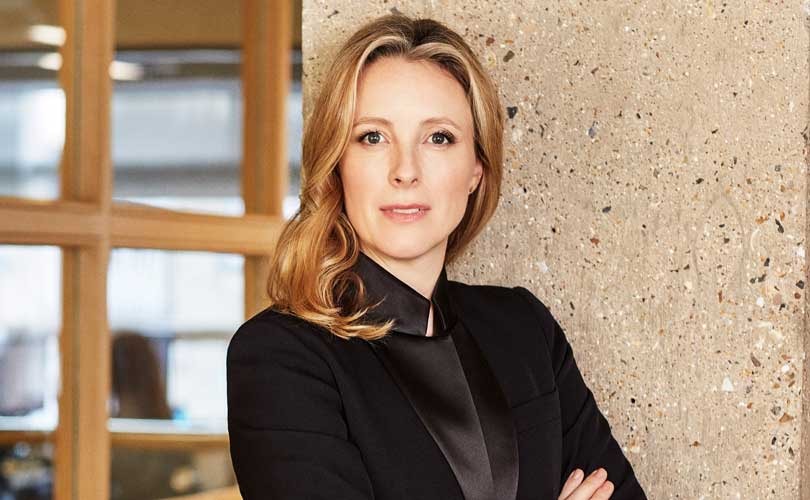 The British Fashion Council board has named Farfetch chief strategy officer, Stephanie Phair as its new chair, replacing Dame Natalie Massenet whose five-year tenure came to a close at the end of 2017.

Phair, who will continue with her role at online luxury platform Farfetch, will start her three-year tenure with the British Fashion Council In June, however, her appointment will not be fully “formalised” until July 5 when the BFC board meets.

In a statement, the British Fashion Council said that Phair’s role of chair will focus on the governance of the organisation, while leading the sector in a changing industry and economic environment. In addition, Phair will support chief executive, Caroline Rush on the delivery of the organisation’s strategy focusing on five strategic pillars: Reputation, Investment, Business, Digital and Innovation and Education; while also developing relationships with sponsors and industry patrons and building the profile of British fashion globally.

“I welcome the appointment of Stephanie Phair as our incoming chair and we all look forward to working with her on strengthening the opportunities for British fashion talent and businesses over the next few years,” said Rush in a press statement. “Her appointment was driven by her reputation as a strategic thinker, a broad view of the sector, and her propensity to challenge the norms to create new opportunities for growth.”

Phair is a digital fashion veteran, first starting in e-commerce thirteen years ago with Portero, the first pre-owned luxury marketplace, and has been a close colleague of Net-a-Porter founder, Massenet, sitting on the executive board of the Net-a-Porter group from 2009-2015, before joining Farfetch as chief strategy officer in November 2016.

On her new role, Phair, added in a statement: “I am honoured and delighted to take on the role of chair. The British Fashion Council is in a strong position following the incredible work of Dame Natalie Massenet, Caroline Rush and the team, and my role will be to build on this and help drive continued innovation and new thinking in this fast paced, changing industry.

“I look forward to working with the team at the BFC to engage with and support all the talented designers and teams working for British fashion today.”

The British Fashion Council appointed executive search firm Odgers Berndtson in December 2017 to seek a successor for Massenet to support the next phase of the organisation’s development. In addition, non-executive directors Anya Hindmarch and David Pemsel, along with London Fashion Week Men’s chair Dylan Jones and Rush, who all had input into the appointment.

The not-for-profit organisation that promotes the designer fashion sector to a global industry also confirmed that José Neves, chairman and founder of Farfetch and a BFC board member has “generously suggested” he steps down to ensure no single organisation is overly represented.

In a press statement, the British Fashion Council thanked him for his “insight, support and drive to innovate,” while adding for transparency that the Farfetch boss was not involved in the recruitment of Phair and was excluded from discussions after being notified that her name had been proposed.