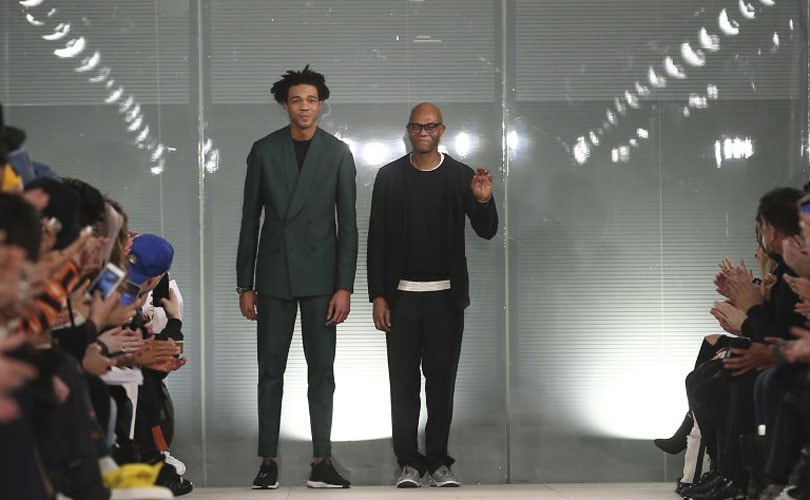 Joe Casely-Hayford, considered amongst industry professionals to be one of the great British designers of his generation, has died at 62 following a three-year battle with cancer. Known best in recent years for the eponymous label he launched in 2009 with his son, Charlie, the British designer’s career was as long as it was illustrious.

Graduating from St Martin’s School of Art and the Tailor and Cutter Academy, Casely-Hayford was trained in Savile Row before setting his sights on the world of British fashion, establishing his eponymous fashion house in 1984 with his wife, Maria. The brand shot to fame in the late 70s, mixing bespoke tailoring with a contemporary streetwear twist, and the British designer quickly became a pioneer of London’s avant-garde fashion scene.

“Casely-Hayford could be subversive, but his work was always grounded in sartorial excellence,” said friend of the family Mark C O’Flaherty in a statement. “The construction of a Casely-Hayford suit is a feat of engineering - from the prominent chest with special internal darting to the prominent sleeve head roll, a shaped sleeve with high underarm point and natural sloping shoulders.”

'Joe Casely-Hayford was grounded in being classless and cosmopolitan'

In 2005, Casely-Hayford joined Gieves and Hawkes as creative director, where he remained for three years and was awarded an OBE for his contribution to UK fashion. In recent years, the British designer launched an eponymous label with his son, Charlie, with the duo’s first standalone men’s and womenswear store on London’s Chiltern Street opening just a few months ago.

“Casely-Hayford’s design vocabulary incorporated lighter fabrics and ingenuity of cut to let the wearer move in ways tailoring hadn’t allowed before,” O’Flaherty added. “He deconstructed formal tailoring to create what he called 'new conservative dressing'. He was one of a handful of tailors - not just of his generation, but of the last 100 years - to push the boundaries of the medium and form, always creating something new, but always something that his loyal customer base, from New York to Tokyo, wanted to wear.”

Casely-hayford died on 3 January, 2019. “The design world may have lost a gentleman and giant talent, and the Casely-Hayford family have lost a husband, father and friend,” O’Flaherty concluded. “But his name and influence will live on.”