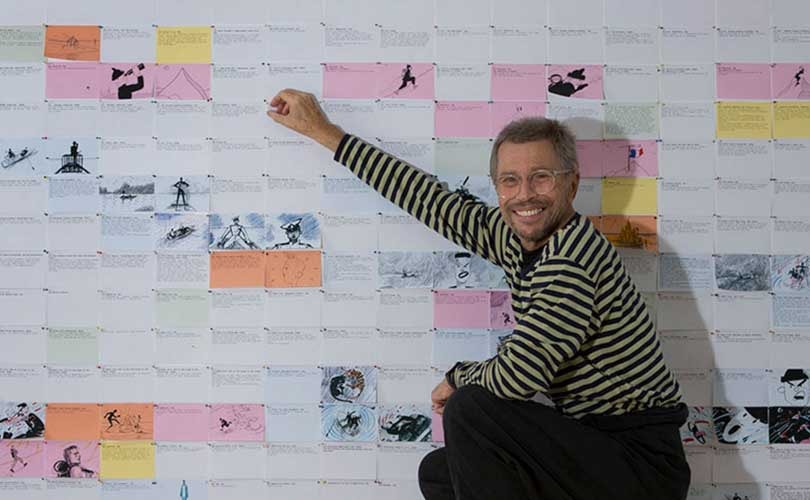 Spanish fashion company Desigual has named French celebrity photographer Jean-Paul Goude as their first ever creative director. The election has got the industry talking as many wonder if this is the beginning of a new Desigual.

"I love the challenges and helping Desigual to renew his image without losing sight of his DNA is an exciting task. I hope to live up to it," said Goude in an interview with ‘The New York Times’.

Jean-Paul Goude will take over the global artistic direction of the brand, overseeing the image of Desigual across advertising campaigns, social networks, its distribution network and other channels. According to the New York newspaper, Goude's first chance to show off will be the brand's show to be held on the first day of the New York Fashion Week on September 7, which will feature a small capsule collection designed by him.

For the moment, the collaboration promises to be up to par, with Goude deploying his recognisable irony with a collection to be named 'Desigual Couture'.

"Desigual is powerful and works very well," Nathalie Rozborski, general manager of trend office Nelly Rodi, said in a recent interview, adding that it is "an emotional mark that generates love and hate, but above all, a strong community; their clientele is extremely loyal.”

Jean-Paul Goude, an election that will give much to speak

Although better known for portraying Kim Kardashian covered in oil for the cover of 'Paper' magazine, the photographer and graphic designer of Saint Mande, dubbed the 'imager', is a veteran in the world of fashion, counting on a multitude of collaborations with prestigious fashion brands in his portfolio, including the likes of Kenzo, Chanel, Dior, Roger Vivier and Louis Vuitton.

Nevertheless, the announcement of this alliance is quite surprising. And it shows the desire of the Spanish brand to establish itself as an ultra-creative, bold fashion powerhouse. "The perception of the brand will change, its popularity capital will increase," says Rozborski. The fashion expert has not hidden her complacency with a "singular and disruptive choice" like that of Goude.