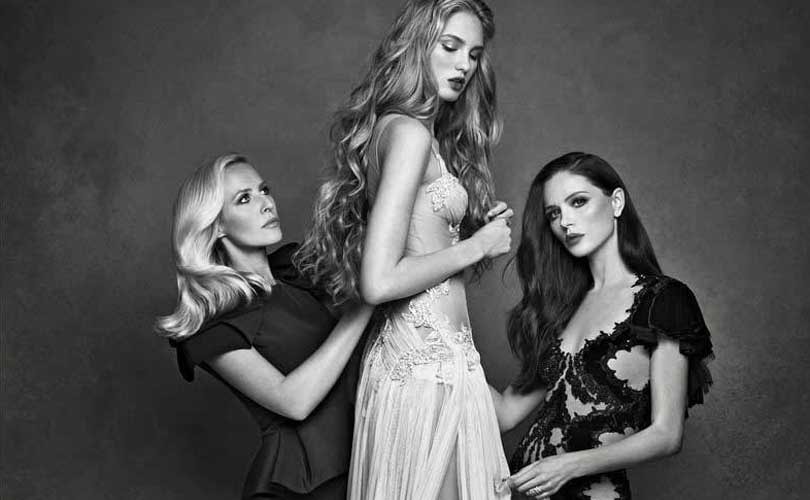 Disgraced Hollywood producer Harvey Weinstein faced claims Tuesday he raped an Italian film star and two other women, in a widening scandal that has drawn condemnation from across the film industry as well as America's liberal political elite.

The women's allegations against the 65-year-old movie mogul were made in an bombshell expose published by the New Yorker Tuesday. Weinstein denies all charges, according to a statement from his spokeswoman Sallie Hofmeister, circulated among US media.

But former President Barack Obama and presidential hopeful Hillary Clinton have weighed in to condemn the Oscar-winning producer, a longtime Democratic Party donor who has become a political liability. His wife, British fashion designer Georgina Chapman meanwhile told celebrity magazine People she was leaving Weinstein, with whom she has two children.

The latest accusations are a hugely damaging escalation of the scandal. Previous allegations which led to his weekend sacking from The Weinstein Company had so far been limited to complaints about harassment. New Yorker writer Ronan Farrow spent 10 months interviewing 13 women who reported they were harassed or assaulted by Weinstein.

The investigation was published as fresh misconduct allegations emerged from Hollywood A-listers such as Angelina Jolie, Rosanna Arquette and Gwyneth Paltrow. Italian actress Asia Argento, the 42-year-old daughter of iconic horror director Dario Argento, said Weinstein forced oral sex and intercourse on her 20 years ago. She told the publication she had maintained her silence until now for fear that Weinstein would "crush" her, adding: "I know he has crushed a lot of people before."

She said Weinstein, who has weighed up to 300 pounds (136 kilograms), terrified her due to his immense size. "It wouldn't stop. It was a nightmare," she added, revealing that she had felt forced to pretend she was enjoying the attack in hopes that it would be over with sooner.

Argento acknowledges that her credibility may be compromised by the fact that she eventually yielded to his advances, even growing close to him and having consensual sex with him multiple times over the following five years. She said she felt "obliged" to submit, however, and worried that he would ruin her career if she rejected him.

"Just his body, his presence, his face, bring me back to the little girl that I was when I was 21... After the rape, he won," she told the New Yorker. Lucia Evans, an aspiring actress, said she met Weinstein at the Miramax office in New York in 2004 and that he forced her to perform oral sex on him. "I said, over and over, 'I don't want to do this, stop, don't,'" she told the New Yorker.

Evans said she was overpowered and "just sort of gave up." "That's the most horrible part of it, and that's why he's been able to do this for so long to so many women: people give up, and then they feel like it's their fault," she added.

Another woman, who was too afraid to allow her name to be published, told the New Yorker Weinstein brought her to a hotel room and "forced himself on me sexually." She thought about going to the police, but decided it would be a case of "he said, she said," and worried about how powerful his legal team would be, and how much she had to lose.

Another instance involved model Ambra Battilana Gutierrez, once a finalist in the Miss Italy contest, whom the New Yorker said Weinstein met in March 2015 at a reception for a show he was producing in New York. According to the New Yorker, Gutierrez says Weinstein "lunged at her, groping her breasts and attempting to put a hand up her skirt" at a meeting in his offices in Tribeca.

She reported the incident and the New York Police Department asked her to wear a wire to his play "Finding Neverland." Audio of their conversation in a hallway at the Tribeca Grand Hotel was released by the magazine, with Weinstein heard repeatedly trying to persuade her to come into his room. "Why yesterday you touch my breast?" she asks, and he replies: "Oh, please, I'm sorry, just come on in, I'm used to that."

Authorities decided not to press charges, according to the New Yorker, after it emerged the young woman had attended one of former Italian prime minister Silvio Berlusconi's infamous "bunga bunga" sex parties. Weinstein was fired late Sunday from his own film studio, three days after a New York Times report alleged that the man behind such hits as "The King's Speech" and "The Artist" had preyed on young women hoping to break into the industry.

The board of The Weinstein Company issued a statement Tuesday vowing to help in any criminal investigation "while pursuing justice for the victims and a full and independent investigation of our own." The Times, as well as various entertainment media, separately reported on Tuesday that the litany of Weinstein's harassment victims also included Gwyneth Paltrow, Angelina Jolie, Rosanna Arquette and French actress Judith Godreche.

"I was shocked and appalled by the revelations about Harvey Weinstein," former Democratic presidential hopeful Hillary Clinton said in a statement Tuesday, while former President Barack Obama and his wife Michelle said they were "disgusted."

"Any man who demeans and degrades women in such fashion needs to be condemned and held accountable, regardless of wealth or status," they said in a statement. Chapman, his second wife, with whom he has two children, told People: "I have chosen to leave my husband. Caring for my young children is my first priority and I ask the media for privacy at this time." (AFP)