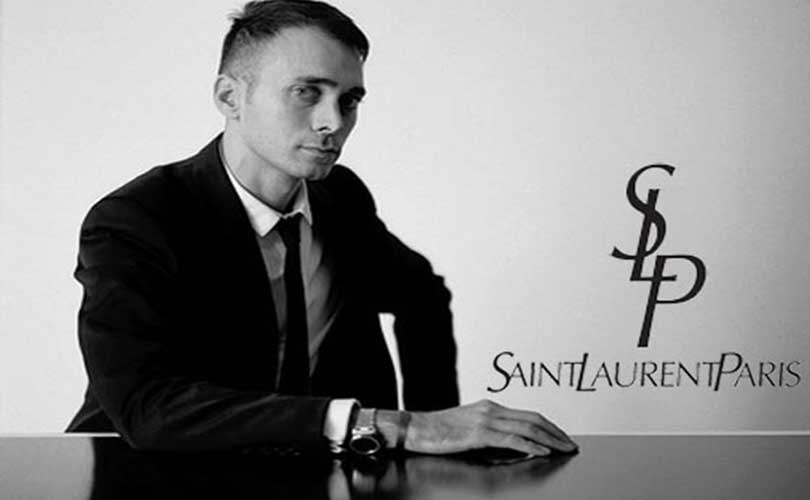 London - The trigger has been pulled in regards to the status of Hedi Slimane’s role at Yves Saint Laurent as the Kering-held company confirmed the creative and image director’s departure in a joint-statement early this morning.

Slimane’s four-year tenure at the Maison of Yves Saint Laurent had officially come to an end yesterday as his contract had ended. The Los-Angeles based designer, who has been credited with undertaking a “holistic reform” when brought on board back in March 2012, is said to have brought the 55 year old fashion house back to relevancy as the “utmost modernity and fashion authority.”

No time to read the whole story? Check out the 30-second-version: Infographic Hedi Slimane exits YSL, The Slimane Effect

The designer’s exit from Yves Saint Laurent had been speculated heavily in the media over the past few weeks, as his contract with Kering was coming in an end and inside sources claimed Slimane and the fashion house were having difficulty agreeing on new terms. Slimane has also been accused on tainting the legacy of the fashion house’s founder Yves Saint Laurent, by introducing his dark and edgy new look and direction for the label which is inspired by the USA west coast music scene.

However, others have praised Slimane for reinvigorating the brand and turning it into one of the most commercially successful brands held by Kering. “What Yves Saint Laurent has achieved over the past four years represents a unique chapter in the history of the House,” said François-Henri Pinault, Chairman and Chief Executive Officer at Kering. “I am very grateful to Hedi Slimane, and the whole Yves Saint Laurent team, for having set the path that the House has successfully embraced, and which will grant longevity to this legendary Brand.”

Farewell Hedi at Saint Laurent. His departure is more than an anguished personal decision. It turns a seismic shake in the fashion industry into a gaping fissure.

Since Slimane has taken up the helm at Yves Saint Laurent he has transformed the brand, in part by renaming the fashion house as Saint Laurent, undertaking much of the commercial work by shooting adverts himself and redesigning its stores. This new image has caused profits at Saint Laurent to skyrocket over the past four years, as fans around the world embraced the designers unique aesthetic. The French fashion house reported revenues of over 973 million euros for 2015, making it one of the few fashion labels to get close to to the 1 billion euro mark. Revenues rose 37.4 percent to 287 million euros during the last quarter, making Yves Saint Laurent one of the fastest-growing European fashion brand.

“I would like to thank Hedi Slimane very much for his vision in reforming such an iconic House as Yves Saint Laurent,” said Francesca Bellettini, President and CEO of Yves Saint Laurent. “The direction that has been taken over the last four years represents an incredible foundation for the Brand to build on for its continuous success.” Kering has yet to confirm a successor for Slimane, but insiders have suggested that Belgian designer Anthony Vaccarello could be the one.

If appointed, Vaccarello would become the fourth ready-to-wear designer at Yves Saint Laurent and face the challenge of working within a fashion house whose image has been completely and fully reinvented by Slimane. As for the next step for the French designer himself, rumour has it that he has been pegged as one of the potential successor to Raf Simons at Dior, although insiders claim that such an appointment would be highly unlikely, as Slimane is known for demanding much creative control.

Hedi Slimane's exit from YSL marks a turbulent time within the luxury end of the fashion industry, following the exit of three creative directors, Alexander Wang, Raf Simons and Alber Elbaz, from their respective French fashion houses Balenciaga, Dior and Lanvin. Yves Saint Laurent has yet to confirm Slimane's succesor but the fashion house has announced that they will begin working on developing a "new creative organization" for the label's directio, which will be "communicated in due course."