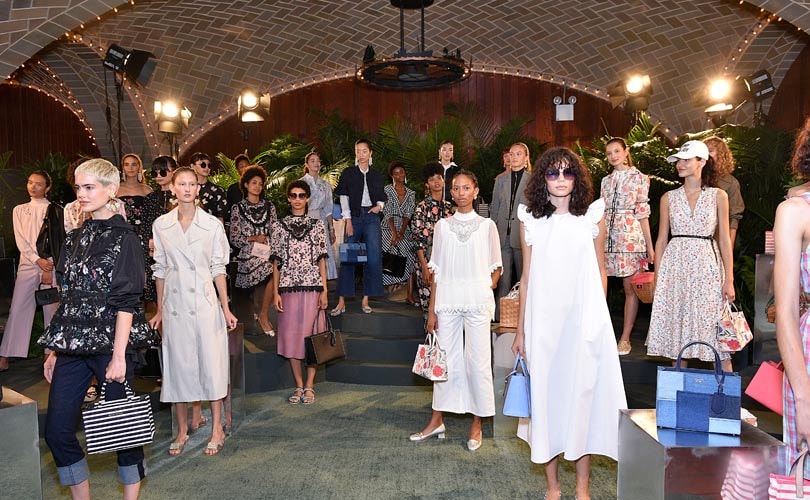 Wealth and success do not always guarantee a lifetime of happiness within the fashion industry, as the sudden passing of legendary designer Kate Valentine, better known as Kate Spade, sadly highlighted. The fashion entrepreneur was found dead in her New York City apartment on Tuesday morning after committing suicide. She was 55 and is succeeded by her husband Andy Spade and their daughter Frances.

After working as fashion editor at Mademoiselle, she left her role to found her first range of handbags under the name Kate Space handbags with her soon-to-be husband in 1993. In the years to come her brand would become synonymous with her own fun, feminine and playful sense of style, developing a signature aesthetic that resonated with young women across the board.

Expanding her brand to include apparel, footwear, and more accessories, Kate Spade New York grew to become a leading fashion brand. In 1999, Kate Spade sold a majority stake to Neiman Marcus and the couple eventually left the company for good in 2007 after they sold their remaining stake to the department store group for 59 million US dollars. Kate Spade turned her attention to her newborn daughter and her husband went on to found his own creative agency. Fifth & Pacific, previously known as Liz Claiborne, went on to purchase the fashion brand from Neiman Marcus for 124 million US dollars before sell its to Tapestry Inc for 2.4 billion US dollars in 2017.

Even though Kate Spade most likely sold the right to use her name as a trademark when she sold her brand, it did not deter her from launching a new business together with her husband once more. After legally changing her name to Valentine, a family name, she launched a new accessories brand Frances Valentine (named after her daughter) in 2015. Her latest designers were created in order to bring a little more happiness into her customers' lives. “Buy something that cheers you up,” she said in a 2017 interview with the Wall Street Journal. “It doesn’t have to be a million dollars, it can be something that you wear and makes you feel good.”

Following her tragic passing, numerous fashion insiders, celebrities, and icons have been honouring the late designer. “She was a great talent who had an immeasurable impact on American fashion and the way the world viewed American accessories,” said CFDA board chairman Diane von Furstenberg and CEO Steven Kolb in a joint statement. “We want to honor her life and her major contribution to the fashion business and express our most sincere condolences to the family.”

Her namesake brand changed the cover page of its website, issuing the following statement: “Kate Spade, the visionary found of our brand, has passed. Our thoughts are with her family at this incredibly heartbreaking time.”

Fuzzy picture but i love it. Kate and I during Christmas family photos. We had so much fun that day. She was so sharp and quick on her feet. She could make me laugh so hard. I still cant believe it. Its a rough world out there people, try to hang on.

Katy at my book signing. I love this pic of her. So pretty. I dont think everyone knew how fucking funny she was... Its a rough world out there people. Try to hang on pic.twitter.com/2kRPvGvj8w

As others shared their favourite memories of her and her designs.

I am heartbroken about the news of Kate Spade. I have worn her clothes many, many times. They were colorful, bold, cheerful, and encouraged women to find the twinkly person inside them. You couldn’t walk into her boutiques and not smile. Rest In Peace, Kate.

My grandmother gave me my first Kate Spade bag when I was in college. I still have it. Holding Kate’s family, friends and loved ones in my heart.

I am heartbroken over the news of Kate Spade. No matter how alone you may feel, there is always someone who can help you. & please try to be kind to everyone. You never know what someone else is going through.

#KateSpade, whose lively, colorful, and yes, joyous designs has died. My deepest sympathy to her family and friends, and her many fans around the world, who loved the wonderful illusions she created. I am stunned.

Extremely sad to head about the passing of Kate Spade. What an iconic talent.

If wealth, great looks, success and fame meant happiness, beautiful billionaire fashion icon Kate Spade would still be alive. Let someone know if you're feeling depressed or overwhelmed; it gets better. Every life has challenges and tough spots, but it's all worth it. Love, RB

Kate Spade was more than a designer. She had a quirky visual language that captivated Bat Mitzvah girls and artists alike. She was also a staple of NYC who spread good will. My heart breaks for her family. Thank you, Kate, from one of the millions you made feel beautiful.

all love to her family pic.twitter.com/p3cu3CUdw5