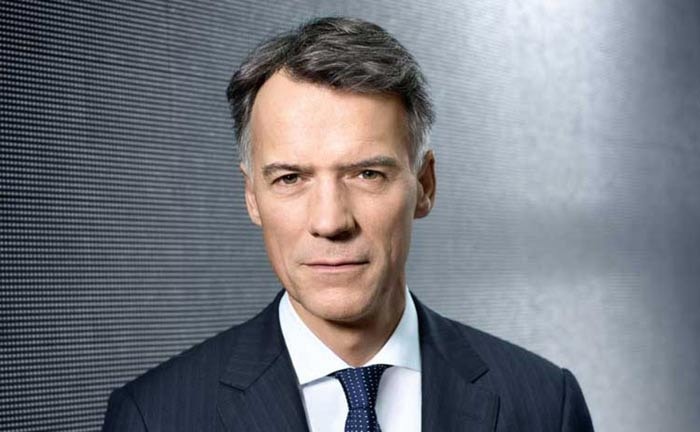 German fashion label Hugo Boss is set to bid its current Chief Executive Officer, Claus-Dietrich Lahrs, farewell. The current CEO reportedly requested his exit, which was approved through a mutual agreement with the managing board today, effective as of February 29, 2016 according to a company press release.

Hugo Boss thanked Lahrs for his work as CEO of the company during his eight year tenure, but have yet to announce who his successor will be. In the meantime, the Supervisory Board will begin its search for his replacement as the CEO responsibilities will be taken on by other members of the managing board in the interim period.

"Claus-Dietrich Lahrs has put his stamp on the development of Hugo Boss during the past years," commented Supervisory Board chairman Michel Perraudin. "For the brand he has paved the way for an international future and he has positioned the Company well in the market. Major strategic decisions for the development of the own retail business and for the development towards a leading fashion company in the premium market fall into his term of office. Hugo Boss thanks Claus-Dietrich Lahrs also in the name of the employees and the shareholders for the work done. We wish him good luck and a lot of success also for his professional future."

Lahrs did not comment on his next step or future role following his impending exit from Hugo Boss. "The last eight years were successful and exciting years in a unique Hugo Boss culture," said Claus-Dietrich Lahrs on his departure. "The excitement and passion of all employees for our Company have been impressive and will be in my memory. The special Hugo Boss spirit will keep the Company on the success path also in the future."

The German fashion company has also announced the appointment of Bernd Hake, senior vice president of EMEA, as a new member of the managing board, responsible for sales and retail.