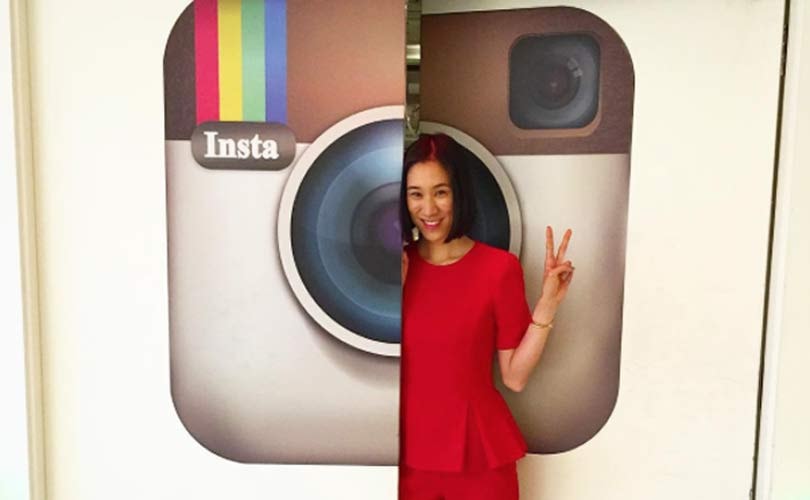 The announcement of course came on Instagram with Chen sharing with her 398,000 followers a picture of herself at Instagram HQ with the caption: "Beyond excited to announce that I'll be joining the brilliant team at Instagram as head of fashion partnerships!”

It isn’t the first time the self-admitted ‘unofficial ambassador of Instagram,’ has used the platform to confirm life changes, the former editor announced her departure from Lucky, as well as her pregnancy, and now she will be spearheading the social media platform’s fashion credentials.

There aren’t many details regarding the newly created role, just that it will not involve editorial, or any advertising sponsorship work with brands, instead Chen will be working with “stylists, designers, up-and-comers with fun activations,” she told Mashable, to help find “new ways to tell fashion stories.”

Chen added: "This is not an editorial role, but having an editorial eye and ability to curate will be an important one. It’s a partnerships role, but it's not unlike my role as an editor. At the heart of it, it's the love of fashion, brands, stylists and influencers and finding their stories.”

An official statement from Instagram commented: “Eva understands all sides of the fashion community — from the craft of couture to street style, style icons to aspiring models, and storied fashion houses to emerging designers.”

Chen is expected to start her new role next month and will be based in Instagram’s New York City office, where she will report to the head of Instagram partnerships.