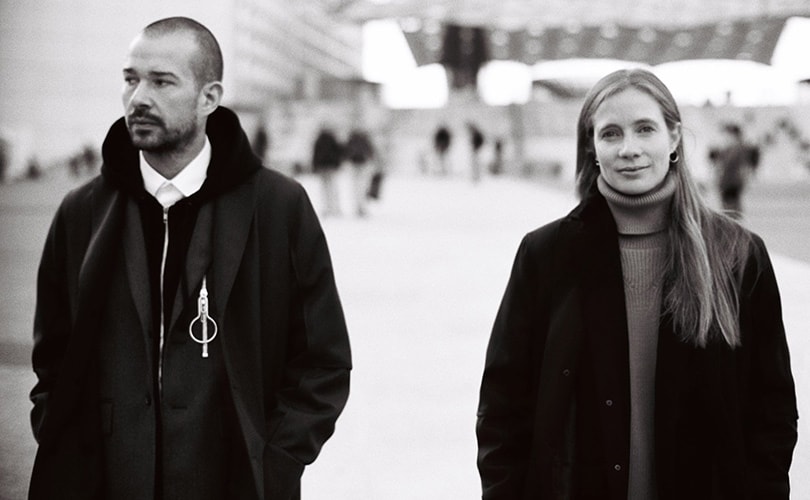 Jil Sander has confirmed that husband and wife duo Luke and Lucie Meier will be the creative directors of the brand. The news follows the departure of former creative director Rodolfo Paglialunga in March.

While both designers have lengthy resumés in the fashion world, this will be the first time they have worked together in a design capacity. Lucie has worked for other luxury French fashion houses including Balenciaga and Louis Vuitton, and most recently worked under Raf Simons at Dior, where she took the interim reins with Serge Ruffieux before Maria Grazia Chiuri's appointment. Luke cofounded menswear brand OAMC.

The duo will show their first collection in June.

“We feel proud and honored to join this beautiful brand,” the couple said in a joint statement after the announcement. “We hope to show the affection we have for this brand through our work, as Jil Sander has had such a profound influence on our paths.”

Alessandra Bettari, the chief executive of the brand, said that she expected “the creation of very clever collections” and that the Meiers had “a vision which is modern, cohesive, and in touch with what is relevant now.”

The brand has undergone some interesting phases as the brand's namesake founder has left and returned to the company three times, having permanently stepped down in 2013. As for what the Meier's will bring to Jil Sander, we can most likely expect those traditional, strong luxury Parisian influences, perhaps coupled with some street style influences due to Luke's preferred aesthetics.