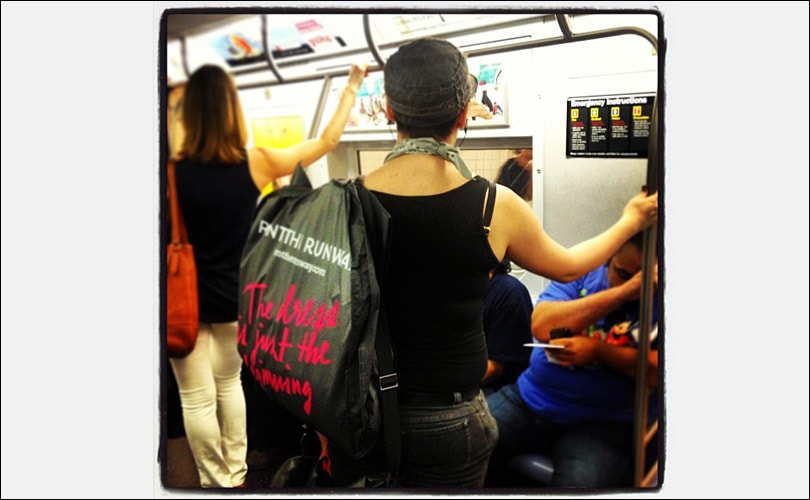 2017: The Rise of Millennials and the Sharing Economy

London - 2017 is undoubtedly set to bring it own set of trends for the future. However one major trend ready to boom this year sees one of the largest generations in history, Millennials, reshaping our economy as we know it. Born between 1980 and 2000, Millennials attitudes towards consumption and ownership are shifting as the ‘sharing economy’ influences their purchasing decisions. Coupled with the rise of technological driven social companies, such as Uber, Spotify and Airbnb, companies across all sectors - including fashion and retail - are being forced to rethink their business in order to survive. FashionUnited takes a closer look at the dawn of the sharing economy and its effect on the fashion industry. 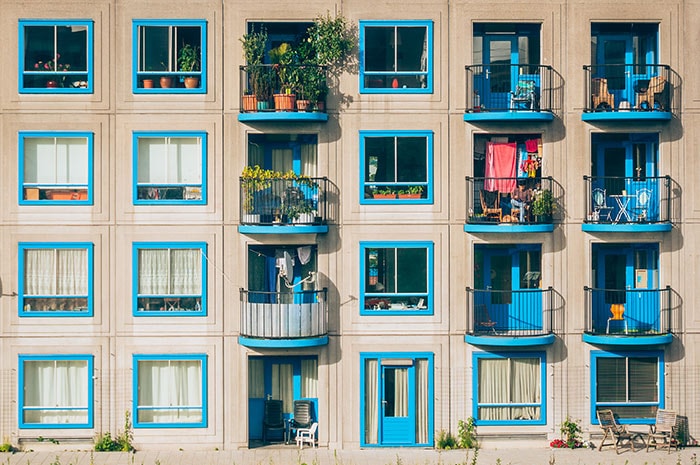 Numerous surveys from the likes of Verdict, Hammerson, Goldman Sachs and PwC all indicate that purchasing and owning a house are no longer realistic aspirations for the majority of millennials in the UK and the US. Data from Goldman Sachs indicates the peak home buying years has increased from 25 years old to 45 years as an increasing number of millennials still live at home with their parents. Less than half of those born in 1990 (47 percent) are expected to own a house by the age of 40 according to research from Hammerson carried out with Verdict, which is a strong reflection of the growing disconnect between house prices and earnings increase as well as a shift in attitudes towards owning property.

However, in spite of growing trend away from home ownership, close to a quarter of millennials surveyed by Verdict (23.8 percent) say they are not concerned with home a home of their own and would be content to rent for the rest of their lives. Overall this shift in ownership attitude is likely to have an impact on shopping behaviour as millennials are less likely to invest in big-ticket items such as cars and luxury goods. This can already been seen in the slowdown in luxury demand and back up by data from Goldman Sachs. According to the Fortnightly Thoughts survey 25 percent of millennials do not intend to purchase a luxury handbag in the near future and another 25 percent not holding any strong feelings towards luxury handbags in general. 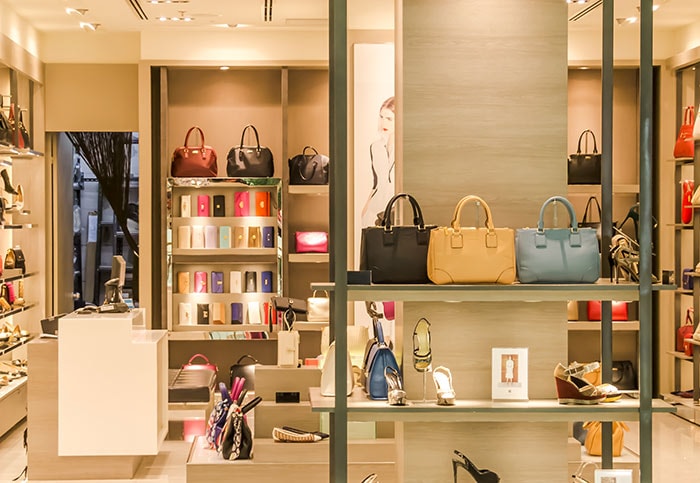 The Emergence of the Sharing Economy

As the prospect of home ownership continues to move further away from young people's minds, the growing influence of the sharing economy continues to influence their attitudes. In fact, data from Verdict shows that over half (53 percent) of millennials have used a sharing economy business, such as Uber or Airbnb last year compared to just 16.2 percent of the 35 plus age category. Although the sharing economy is seen by many as an innovative approach to democratising ownership, the key drivers for businesses which rely on the economy of sharing are consistent with millennials general demands - affordability and convenience.

Looking at the sharing economy from a retail perspective, it becomes clear that a number of categories are better suited to the concept than others. For example, a fifth of millennials say they would consider renting clothing, sporting equipment or DIY products according to Hammerson and Verdict, but less than one in ten would consider sharing jewellery. Considering the personal nature of jewellery in comparison with something like a jacket or a treadmill, it would makes sense that millennials are more open to idea of retail rental. In addition clothing tends to have a high value, but low usage ratio with most consumers wearing a single garment a maximum of 7 times before getting bored of it, making it the perfect category for the sharing economy. 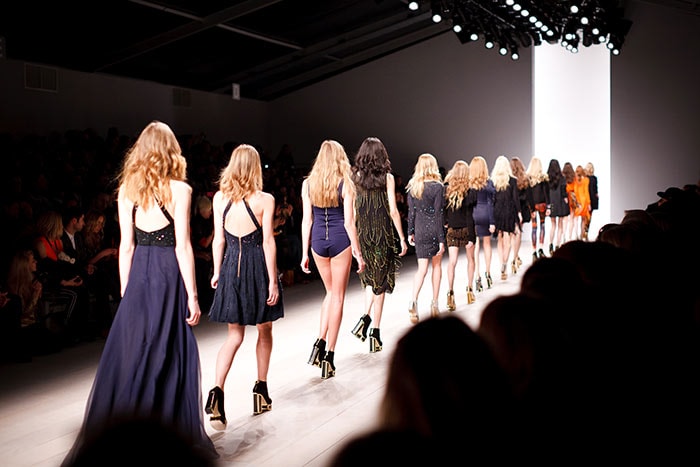 The Sharing Economy and Fashion

At the moment there are several different types of business models within the fashion industry that use the sharing economy, including rental services and consumer to consumers websites. The first model includes websites such as Rent the Runway, Le Tote, and Girl Meet Dress. In addition to these rental websites, which offer consumers to freedom to rent designer piece for a fixed amount of days, there are also more niche rental websites such as Gwynnie Bee, a plus-size fashion rental website and Borrow For You Bump, a maternity appeal rental website. The business model of these websites sees the company purchasing numerous designers and statements fashion pieces and then renting them out for a fixed amount of days.

Some offer a monthly subscription, which lets consumers rent out X number of garments per month and then return them at the end of the month in exchange for a new selection for a fixed amount. These websites are beginning to gain traction in the US and the UK because not only do they offer consumers access to higher-end brands they may not be able to afford if they were to purchase an garment themselves, but they also offer them the chance to try out new fashion trends or designs without having to invest in owning the garment. This offer is especially enticing to millennials, as it leaves them with more spending power and choice, without having to commit to full on buying the garment. In fact, Rent the Runway model has become so successful that the company has opened a series of physical stores across the US, so consumers can try a garment in person before renting it. 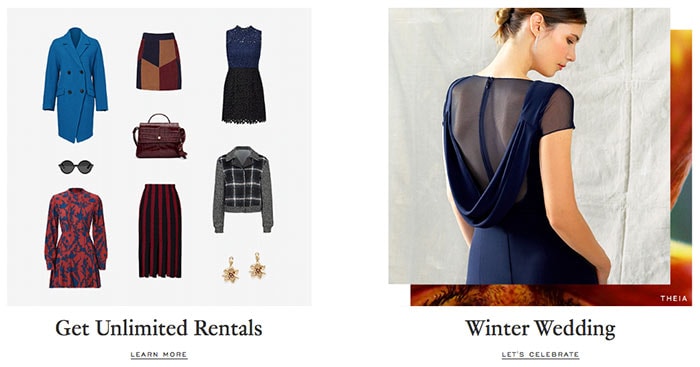 Another growing area within the sharing economy of fashion are consumer sharing marketplaces, such as StyleLend and Rentez-Vous. These services offer consumers the chance to monetise unused garments or accessories in their wardrobes, which makes them especially appealing to millennials. However on the flip-side this means consumers will have to oversee issues such as delivery and returns of rented items, the cleaning of the garments as well as the overall lack of choice in colour and size of items available for rental. This in turn can make these type of fashion rental options less appealing to some millennials as it demands both their time and attention. But as delivery options and dry-cleaning services improve it will make consumer sharing platforms much more convenience and accessible to all consumers.

The Future of the Sharing Economy and Fashion

Although 2017 will see a surge in sharing economy start-ups, if it continues to grow within the fashion sector it could have a subtle, but deep effect on traditional retailers and businesses. Consumers are unlikely to stop purchasing everyday, staple garments which are fixed basics in their wardrobes such as t-shirts, jeans and sweater, but are likely to rent out statement items from rental websites for special occasions or events. This shift in shopping behaviour could see consumers moving away from one-wear items, such as cheap copies of runway party dresses from high street retailers, in lieu of a renting the original designer piece for a week.

However, this doesn't mean that H&M is likely to open up in own clothing library anytime soon (even though the idea has been mentioned by the group before). Rather the two models are likely to supplement each other, as consumers will continue to seek out better quality and longer-lasting garments for their daily wardrobes. Then once consumers tire of an item, they can always make it available for rental via consumer-to-consumer platforms, extending the lifecycle of garments - a win-win situation for millennials and retailers alike.

“We’ve clearly identified how shopping habits have been shaped by the wider socio-economic environment,” commented David Atkins, CEO of Hammerson on the sharing economy. “Attitudes towards home-ownership and the simultaneous emergence of the sharing economy will clearly have an impact on purchasing decisions for future generations. Likewise, the rapid adoption of technology, both in terms of how millennials shop and socialise, will continue to influence spending patterns.”