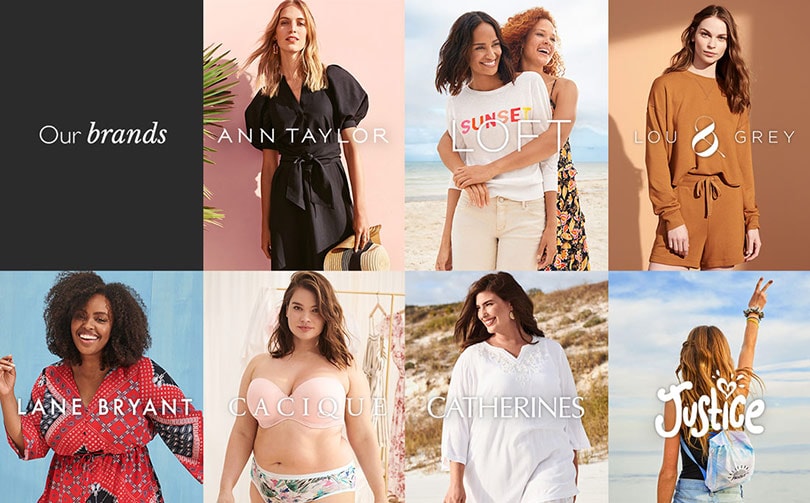 Ascena Retail Group, the parent company of Ann Taylor, is set to close 1200 stores. Bankruptcy appears to be on the horizon for the company as they took a major hit from coronavirus like the rest of the apparel and retail sector.

Ascena Retail Group is expected to file for Chapter 11 bankruptcy as early as next week in an attempt to shed 700 million dollars of its 1.1 billion dollar debt. In addition to Ann Taylor, Ascena Retail Group also owns Justice, Lane Bryant, and Catherines. The company's total fleet of stores is about 2800. Bloomberg reported that Justice and Catherines could be on the chopping block to close entirely.

Once Ascena's bankruptcy proceedings are finalized, proceeds will go to Eaton Vance Corp. among other lenders who will then assume ownership of the company. This will allow remaining Ascena stores and brands to remain operational.

Ascena began reopening some of its stores in March, although to significantly decreased traffic. To save money during the coronavirus lockdown the company furloughed employees, stopped paying rent, and cut base salaries. Senior staffers took a major pay cut of 50 percent.

"Despite aggressive actions to preserve liquidity, the pandemic has significantly reduced our earnings and cash flow, resulting in increased levels of debt and deferred liabilities," Carrie Teffner, interim executive chair of Ascena, said in a statement.

Ascena wasn't in the best place in a pre-coronavirus world. The company's brands have felt the hit of years of declining mall traffic and the growing shift to e-commerce. America's list of retail companies filing bankruptcies is growing. Brooks Brother just joined the list this morning, which also includes J. Crew, Neiman Marcus, G-Star, and John Varvatos.