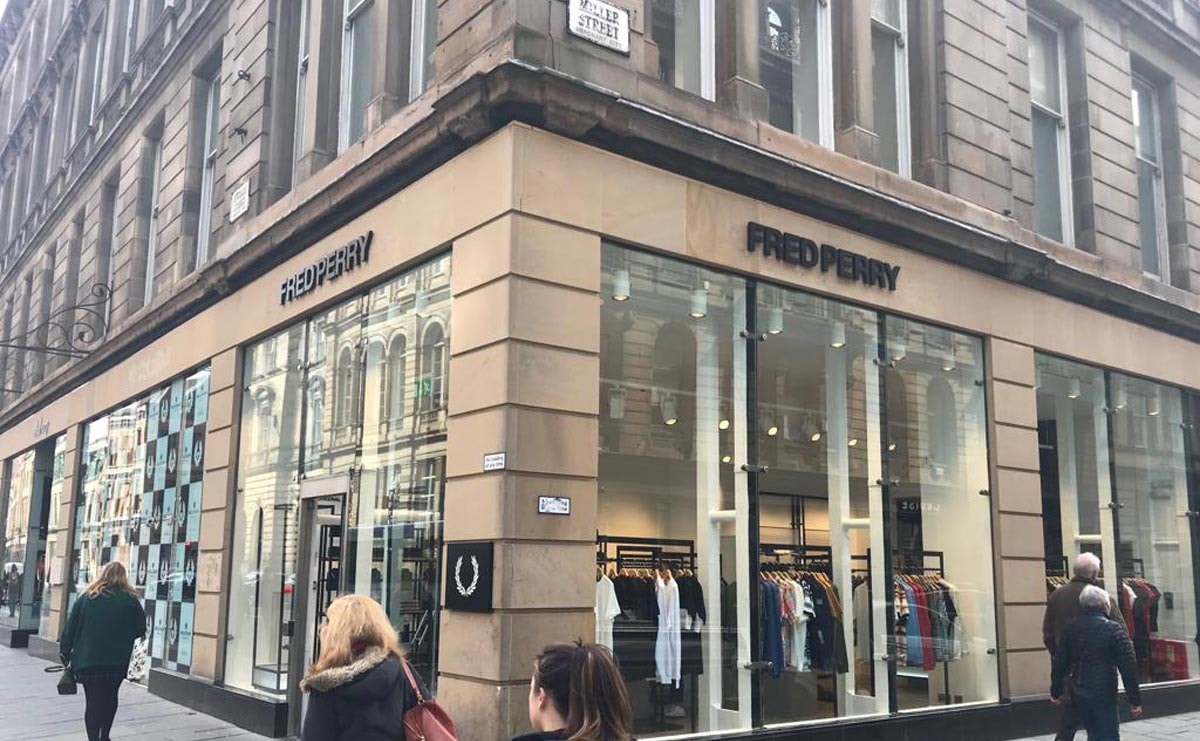 They join other designer fashion brands located on the street including Armani, Gant, Hugo Boss, Mulberry, Ralph Lauren and Cruise.

John Menzies, director in the retail agency team at Savills Glasgow, said in a statement: “Hot on the heels of Mulberry opening its new concept store at 197 – 207 Ingram Street last November, the addition of Belstaff and Fred Perry further improves the profile of Ingram Street and heralds the most active period of leasing on the street for many years.

“Bookended by the affluent area of Merchant City to the east and Buchanan Street to the west, the street is emerging as a luxury retail destination as upmarket brands choose to cluster together while avoiding the premium rents associated with Buchanan Street.”