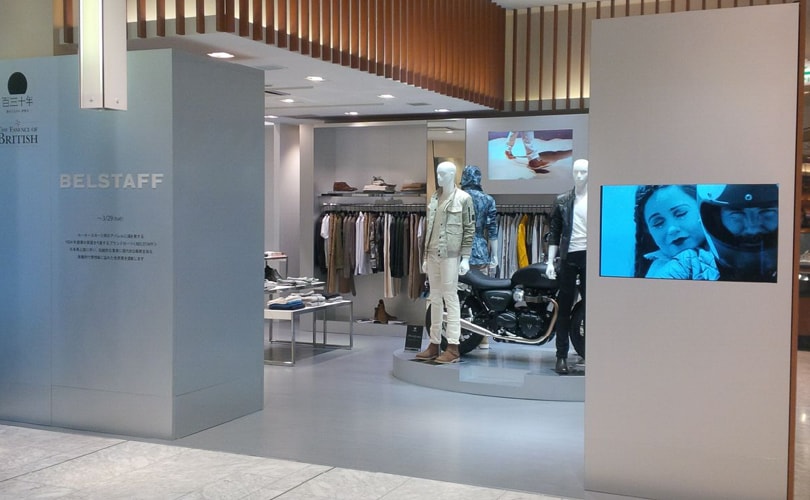 British luxury lifestyle brand Belstaff has opened its first store in Japan, along with a men’s pop-up store, which will remain open for the next two weeks.

The Belstaff store is located inside the Matsuzakaya department store in Nagoya, situated on the second floor of the North Wing, and spans 409 square feet. While the men’s pop-up is located at Isetan, Tokyo, covering 635 square feet, and will be open until March 29.

Both stores will stock the Belstaff spring/summer 2016 menswear range alongside the brand’s evergreen Legends collection.

The British heritage label set up Belstaff Japan K.K. last July 2015, with plans to open four Japanese stores this year and wider future expansion plans including further pop-ups and additional units to follow. Its next store will be in Kobe in September, which will carry both men’s and womenswear.

Gavin Haig, Belstaff CEO said: “Having spent the greater part of my latter career in Asia, specifically in Japan, I am delighted to be bringing some of my experience and knowledge to opening our business in this part of the world. The Japanese have a great appetite for modern British heritage brands and Belstaff - having been the embodiment of British speed and style since 1924 - will no doubt not disappoint.”