Bicester Village has once again teamed up with the British Fashion Council to showcase 30 of the UK’s top up-and-coming fashion designers with the BFC Designer Pop-Up.

The initiative allows emerging designer brands to target a new audience of shoppers and expand their international presence, with exposure to more than 450,000 customers over the course of the three weeks, and all of the 30 designers will receive 100 percent of their sales profits, as Bicester Village has pledged to allow free-of-charge trading within its BFC pop-up.

This marks the second year of the pop-up, and last year's talent benefited from sales of over 100,000 pounds during a ten-day trading period. 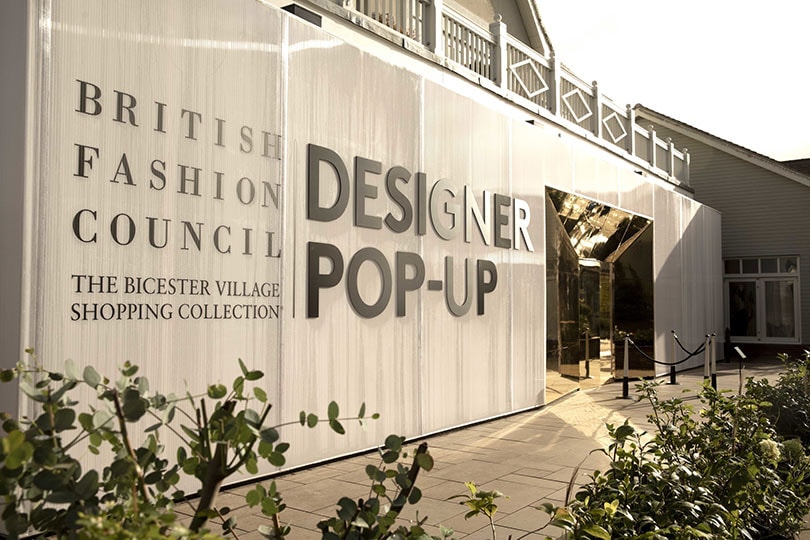 Following the success of the partnership, in 2020 the pop-up will open at one of the Villages within The Bicester Village Shopping Collection in China.

Bicester Village is located less than an hour from London and is home to more than 160 boutiques from leading British and international fashion and lifestyle brands, offering year-round savings of up to 60 percent on the recommended retail price.

The outlet is a member of The Bicester Village Shopping Collection, 11 distinctive destinations across Europe and China, each within reach of many of the world's most important gateway cities: London, Paris, Shanghai, Milan, Dublin, Barcelona, Madrid, Brussels, Antwerp, Cologne, Düsseldorf, Munich, Frankfurt and Suzhou.