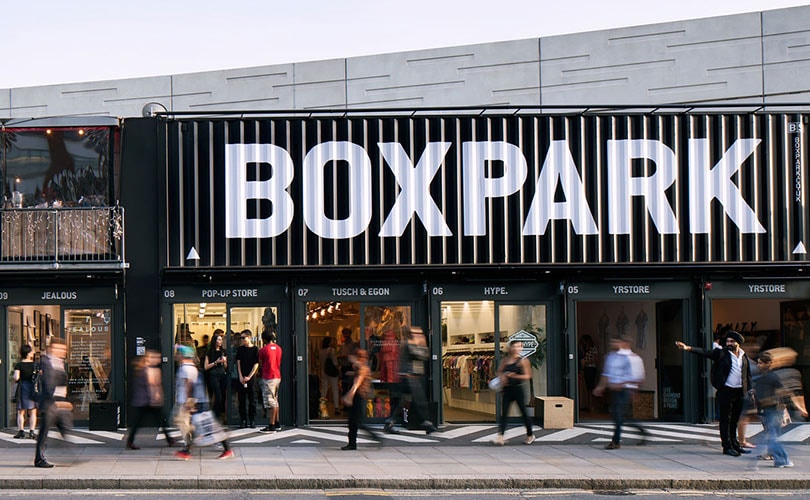 The creator of Boxpark, the Shoreditch based pop-up mall built from shipping containers, is taking a stand against a 'copycat' scheme that has been launched in Dubai by Meraas Holding, a company which is said to be owned by Dubai's current leader, Sheikh Mohammed bin Rashid Al Maktoum.

The company is set to open what is essentially a copy of Boxpark's pop-up mall set up later this month and has even given the retail park the same name. Roger Wade, founder and chief executive of Boxpark and his lawyers, have written to Meraas explaining the situation and asking them to cease and desist their use of the name Boxpark in connection to its future container retail park.

Boxpark is a registered trademark in the UK, Europe and in the US, as well as 26 additional countries around the world but since Dubai does not fall under the Madrid-based International Trademarking System, it was not trademarked in the United Arab Emirates (UAE). Meraas reportedly applied for a Boxpark trademark in UAE in 2013 and it was granted the name locally in September, 2014, more than two years after Boxpark opened in Shoreditch, London.

To date, Meraas has not responded to Boxpark's request and aims to open Boxpark Dubai, which will house 44 international retailers, cafes and leisure brands in a container based park. Wade has launched a short film on Boxpark's Youtube, explaining the situation and his thoughts, whilst asking fans and lovers of Boxpark to share the film.

In the meantime, news has emerged that Meraas also aims to open another retail scheme by the Jumeirah Beach Residence under the name 'Bluewaters.' The owner of the Bluewater shopping center in Kent, Land Securities, has contacted Meraas and demanded that they stop using the name for the scheme, which will include a retail center, hotel and a ferris wheel designed to rival the London Eye. Land Securities reportedly hold an international trademark for the name Bluewater.