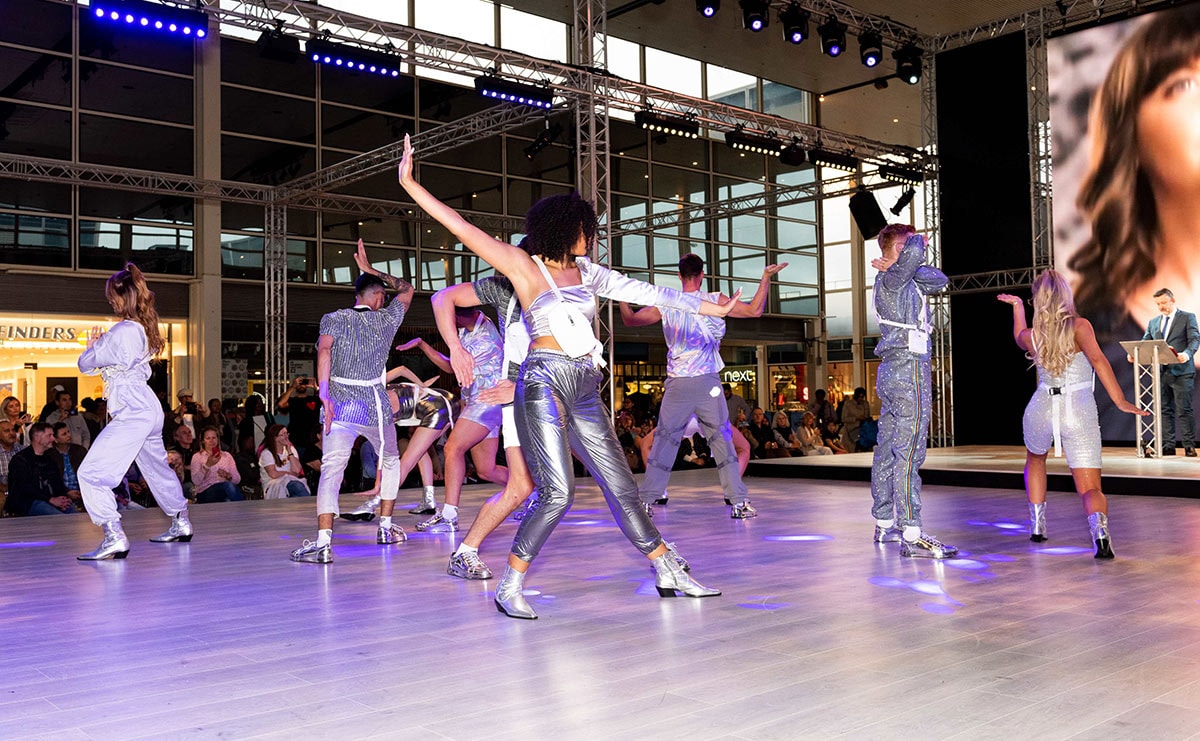 Centre:MK celebrates 40 years of fashion with events and trend report

Centre:MK has celebrated 40 years of trading through a weekend of events and the publication of its own trend report, Four Decades of Style

As part of the celebration, the shopping destination hosted StyleFest, a mix of live entertainment, catwalk shows, beauty demonstrations, panel talks and seminars, with an exhibition looking back at the last four decades of fashion taking place in Middleton Hall. Retailers taking part included John Lewis, Monsoon, The White Company, Quiz and Scotts.

As part of a project called ‘Four Decades of Style – 1979 to 2019’ Centre:MK collaborated with fashion expert and former Vogue features editor, Jo Craven, on a report which identifies evolving fashion over time and boomerang trends. The report looked at each decade from the 70s to the 00s, identifying key trends of the time, and highlighting which ones should, and which ones shouldn’t, make a come back.

Analysing responses from 1,000 survey respondents, the report found that over 40 percent chose the seventies as their most popular decade to revisit, 27 percent thought power shoulder pads were a standout eighties trend, 30 percent credited Princess Diana with having a huge influence on the way we dress today, and 43 percent requested the mullet hairdo be banished.

Former vogue features editor, Jo Craven, said in a statement: “Four decades ago when centre:mk first opened mobile phones were a futuristic fantasy, the final episode of Fawlty Towers was aired on TV, Harry hadn’t even met Sally and Blondie’s Heart of Glass was Top of the Pops.

“Fourty years on, we may still be listening to Blondie, but the world has changed substantially. But it’s so much fun to identify the icons who still inspire us, the trends we still can’t quite believe were popular and the much-loved and surprise comebacks.”

Ed Sellick, asset manager at Hermes Investment Management, on behalf of Centre:MK joint owners, added: “As trends have evolved, shopping behaviours have progressed alongside them, completely resetting the retail landscape for the industry throughout the last 40 years. Since Centre:MK opened in 1979 we have always shown our commitment to working with the latest in-demand brands, to establish an offering that will provide a mixed and vibrant forward-focused experience for our customers.